(Aug. 11, 2018) — “Good evening, ladies and gentlemen, and welcome to ‘The Pulse of the Nation,’ the one place where we don’t have any ‘know-it-all pundits,’ and when we do, we let them know exactly how we feel about them. Hello, my name is Roving and, as our long-time viewers can see, we’re back in Professor Zorkophsky’s office here at the university. By the way, Professor, I really got a kick of reading your new book, ‘The REAL Secret of Retirement: The Things They Don’t Tell You.’”

“Please, Mr. Roving Reporter, call me ‘Zork’; there’s no need to be so formal. And my latest new best-selling book wasn’t supposed to be funny: it was written in a serious vein about the pitfalls of retirement.”

“And that’s why I thought it was funny, Zork. Take Chapter 3, for instance: ‘There’s No FREE in Free Time.’ Here, let me read a line for our viewers at home:

‘Listen: the things you used to do when you were working, like mowing the lawn, doing laundry or cleaning the tub, used to be SECOND thoughts, just your everyday ordinary chores that you didn’t think about, but now that you’re retired, it’s ALL you think about, and the trivia, the MINUTIA landslide of it all is enough to drive anyone bananas.’

Is, like, ‘bananas’ is a real psychiatric clinical term, or is it slang? The subtitle reads, ‘A Psychiatrist’s treatise on the mental pitfalls of laying around with nothing to do.’”

“I write books to get categorized as textbooks, son, ‘cause that’s where the money is. It’s like an annuity: every couple of years I make a few changes and, voilá! Another six-figure check in the mail*. And, trust me, ‘bananas’ is one of the oldest, if not the oldest, psychiatric words in the business, I mean profession, there is. Why, even cave-women were calling men bananas, as in, ‘Don’t marry him, he’s bananas.’ Trust old Zork, it’s clinical.”

“And now getting to the subject at hand: ‘Trump Disorder Syndrome.’ Can you give us any insight as to why so many people have become deranged about the good things that’s happened to our country since we said Adios to Barry Soetoro, aka Obama, and welcomed Trump as the head honcho?”

“We had to come up with a whole new fruit to describe them, there were so many. A number of suggestions were offered, but ‘Fig’ won hands down, mainly because of the common amateurish phrase, ‘figuratively speaking,’ I’m ashamed to say.”

“Excuse me, but did you just use another fruit to describe the Trump unbelievers? What is it with you people and fruit? But first let’s take our commercial break at this time.”

“Well, Roving, that’s the easiest question you’ve ever asked and the answer is: because they’re fruitcakes, that’s why.”

“What is this, a Mel Brooks audition for a screenwriter? Why, that’s nuts. No, I take that back.”

“Got you. You see, Roving, us professional psychiatrists are a lot quicker than you normal everyday Joe.”

“Okay, Zork, once again, why is there so much hate and disrespect going around?”

“Well, Roving, you have Americans who kneel during the National Anthem (2:48), and that’s really just plain and simple disrespect, for yourself and your country. Mainstream media pundits – such as Morning Joe — fail to grasp the pride of having a real job vs. collecting Welfare or Unemployment or, for that matter, collecting Social Security Disability, as if the person is mentally tainted in some way, which most aren’t, but it just cuts them down a peg or two, which governments like. You see, governments like people to be dependent on them, and as long as governments control the people’s ability to buy food, they have complete control.”

“How about an example or two of what the heck you’re talking about?”

“Truthfully, or just more hot air from a pundit?”

“How about the truth, for once?”

“You got it. A French architect once describe a house as a machine in which people live, and if that’s the case – and I believe it is – why don’t we build abodes that take advantage of the sun and wind; why isn’t every living accommodation required to have an area set aside for even something as simple as a Victory Garden? Why isn’t it mandatory to dispose of oil, oil filters and antifreeze in an environmentally responsible way? Why can’t Greenpeace use their platform for good rather than stupid?

“The Mediterranean Sea has become a septic tank; the amount of plastic that you can see on the surface emerging from the great rivers of the world, the plastic and garbage that you can see – which is maybe 10% — would take your breath away. The river delta of the Zambezi, for instance, is another word for a landfill. Our own Mississippi Delta is toxic. 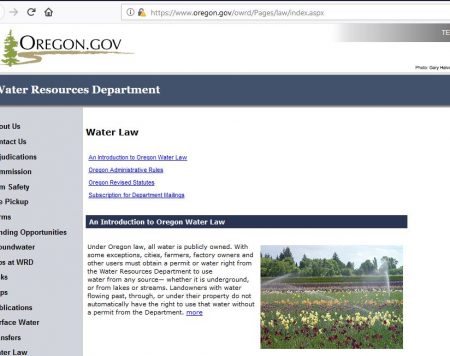 “And the solution isn’t money: it’s education, and by dumbing-down the population, it just makes it that much easier for governments to control. Look at the EU and the Muslim invasion. Look at the State of Oregon in the USA and their anti-cistern laws for stupid.

“So what I’m saying is that this so-called Trump Syndrome is a cry from the ignorant and the lost. Do they see people living in cities or do they see rats in a maze? Do they chant ‘Save the Trees’ while they buy water in a plastic bottle?

“And worst of all, do they project their own compassion and beliefs upon people who don’t share their world view; they think that by living the Golden Rule is the key when, in fact, ignorance is the enemy and education is the key: ‘Trust but verify’ is actually a Biblical phrase, because at no time did Jesus ever say to go through life stupid or, to put it more recently, ‘Life is hard; it’s harder if you’re stupid.’”

“So the Morning Joes and the rest of the deranged are, what, stupid?”

“Nuttier than a fruitcake.”

“Well-said. Isn’t it interesting how time flies when you’re having fun? And so, on behalf of the crew, I’ll be wishing you all a goodnight: Goodnight.

“So, Zork, retirement’s that bad?”

“I got a part-time job at one of the home improvement stores, Roving, and love every minute of it. I work in the lumber section, but as soon as there’s an opening in the tool department I’m taking it. And it’s not the money; heck, I make more in retirement than I ever did while working full-time, but at least my life doesn’t revolve when the garbage pickup is.”

“I’m hearing you, Zork. Great show; what do you say we grab a burger: my treat.”

[*check in the mail: so let’s say the author and publisher hit the lottery and their book is chosen as the designated textbook (in our public schools and, by extension, every public library) on whatever subject it’s written about throughout the land. The book has been “credited,” which means that every student taking that particular subject must buy that book. And let’s say a couple of years later a couple of minor insignificant revisions, updates or changes are made to the book and maybe, just maybe, a few punctuation errors are detected. Well, now, we can’t let our kids be subjected to inferior information, so new textbooks are ordered and bought rendering the old textbook obsolete.

And here’s a true story: I was taking a class in Anthropology at FAU (Florida Atlantic University) and that’s just what the professor had us students do: proofread the text and bring any punctuation errors to his attention; errors were found, and the next year, in order to take the same class, proof of purchase of the new book was required.

I’ve been a proponent for loose-leaf textbooks so any changes that need to be made, all that’s changed is a page or so and not the whole book.]