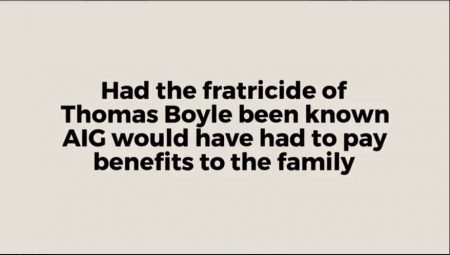 (Jul. 23, 2018) — [Editor’s Note:  The widow of civilian contractor Thomas J. Boyle, Jr. has released Part 7 of a video series detailing her late husband’s military and civilian service to his nation and the cloudy circumstances surrounding his death in Kandahar, Afghanistan on June 19, 2012.

Previous installments of the series can be viewed at this link:  https://www.thepostemail.com/2018/07/05/who-killed-thomas-boyle-part-6/

Mrs. Boyle included footage from a local television station announcing his death as a result of “a firefight,” but no official report provided by the U.S. military, which Mr. Boyle had been contracted to support, has ever made that claim. Although a casualty of an insurgent attack that morning, Mrs. Boyle has amassed considerable evidence from eyewitnesses and forensic experts pointing to the cause of his death as friendly fire.

Although Mr. Boyle believed his family would be provided for in the event of his untimely death overseas, only one policy paid benefits, while the others claimed exemption on the basis of a “war risk exclusion.”

Saliently, Mrs. Boyle states in the video, “Had the fratricide of Thomas Boyle been known AIG would have had to pay benefits to the family.”]