“AN UNWAVERING BATTLE FOR FREEDOM” 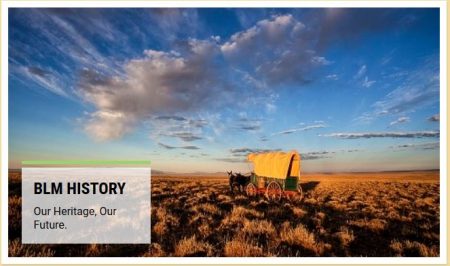 (Jul. 10, 2018) — Justice has finally been achieved as the federal government’s war against Western ranchers and property owners has taken a second major hit.

First, Cliven Bundy and his sons, Ryan, Ammon, Dave and Mel, were released in January 2018, after three trials that never found them guilty of a crime, yet they spent close to two years behind federal bars, while being physically tortured and abused by cheating and lying Bureau of Land Management (BLM) thugs. As they were forced into solitary confinement, subjected to daily body searches and other physical abuses, they were labeled by the government and mainstream media to be nothing more than paranoid right-wing loons.

Finally, a judge found that it was the BLM which was dangerous, guilty of perpetrating violence and spreading lies in an attempt to take control of the Bundy Nevada land that had been in the family’s possession since the 1880s. The BLM started the range war against the Bundys, claiming that Bundy cattle were a danger to the desert tortoise. And so, as the BLM openly bragged about roughing up Dave Bundy, grinding his face into the ground, they confiscated the cattle from land on which the Bundys had legal grazing rights dating back one hundred years.

Meanwhile, in Southwest Oregon, Dwight and Steven Hammond, also multi-generation cattle ranchers, were imprisoned for allowing a routine controlled-burn fire to leak onto a small portion of neighboring public grazing land. It’s a standard practice by ranchers to use the burns to keep down weeds and debris that would feed large forest fires. It also helps keep burnables away from ranch buildings. In short, it’s just good land management. The Forest Service does it, too. In fact, the accidental spread of the Hammond fire onto federal land surely helped improve government land.

The federal government worked to throw the book at the Hammonds, charging them with intentionally and maliciously setting fires on public lands. The Department of Justice actually charged Steven Hammond with lighting the fire to cover an illegal deer hunt on land that was managed by the BLM. It filed a civil suit that cost the Hammonds over $400,000. Meanwhile the government vigorously worked to prosecute the Hammonds to put them behind bars.

Yet the jury acquitted them on most of the charges and U.S. District Judge Michael Hogan, considering the fact that the Hammonds were upstanding citizens, decided that the usual minimum sentence of five years was too harsh for the supposed crime. Thus, Dwight Hammond received only three months and his son Steven was sentenced to a year and a day. They served that time and returned home to their ranch in Diamond, Oregon.

The Obama Justice Department actually accused the Hammonds of terrorism and demanded more time be served, so prosecutors filed an appeal to overturn Judge Hogan’s lighter sentence. As a result the Hammonds were forced back into jail to complete the full five years.

This injustice by the federal judicial system is what forced other ranchers, including the Bundys, to travel to Burns, Oregon in January 2016 to occupy the Malheur National Wildlife Refuge. The point was to expose the government’s war on ranchers, of which the Hammonds were the latest victims of this massive government overreach.

Once again, the government reacted with massive firepower. This time, as several of the protestors were on their way to a public meeting to explain their purpose and try to work out some sort of solution, federal and state agents arrested Ammon Bundy in a roadblock. Meanwhile, officials forced the car carrying rancher and protest leader LaVoy Finicum off the road, into a trap. As LaVoy exited the car with his hands up in an attempt to protect the others still in the car, state police and FBI officers opened fire and killed him as they claimed he was going for a gun. Video has proven he was not. His wife, Jeanette Finicum, has now filed a wrongful death lawsuit.

For decades, ranchers across the American West have endured such intimidation and lawlessness by the federal government. Finally, some of their strong, independent neighbors said enough is enough. All they desire is to live in peace as good stewards of the land. And so, against all odds, they took a stand against the powerful government forces. Frankly, the outcome seemed hopeless. How does an individual gain justice in a rigged system that controls the courtrooms and the media?

But a new battle cry is being heard as more and more Americans are beginning to see through the government smokescreen of intimidation and persecution. The Bundys and the Hammonds have led a renewed battle for the very issue that built this nation’s freedom and prosperity –the right to own and control private property.

On Tuesday, July 10, 2018, President Donald Trump fully pardoned Dwight and Steven Hammond and they, too, are headed home. They and the Bundys endured oppression from an out-of-control American government unlike anything we could have imagined existed in our nation. They fought an unwavering battle for freedom. And they have won. Now the American public must honor their sacrifice by demanding a full investigation into the lawless behavior of the BLM and U.S. Forest Service. American ranchers must never again be subjected to the tyranny endured by the Bundys and the Hammonds. As LaVoy Finicum once said, “It matters how you stand!”

2 Responses to "It Matters How You Stand"