“BETRAYED BY HIS BROTHERS IN ARMS” 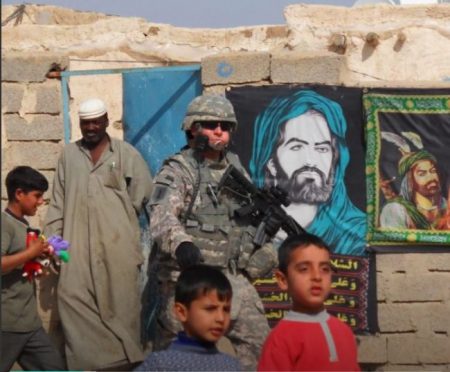 (Jun. 4, 2018) — Pauline Boyle, the widow of the late civilian contractor Thomas J. Boyle, Jr., has produced the first video in what will be a series in which the conflicting information she has been provided to date as to the cause of her husband’s death on June 19, 2012 in Kandahar, Afghanistan.

A decorated Vietnam combat veteran and retired Chicago police officer, Boyle died under still-unexplained circumstances when the forward operating base (FOB) where he was stationed in support of the 303rd Military Intelligence Battalion came under an insurgent attack.

Mrs. Boyle has shared her husband’s story with The Post & Email over more than two years, during which she has detailed what she believes to be fraud on the part of the U.S. military, a handful of insurance companies which denied her death benefits on technicalities which she believes are inapplicable; and even the U.S. Department of Labor (DOL), which by statute authorizes death benefits to survivors of American citizens killed overseas outside of military service.

Mrs. Boyle has long said that she is convinced that her husband was killed accidentally by “friendly fire” but that the military will not admit it.  In the immediate aftermath of Mr. Boyle’s death, Mrs. Boyle was presented three death certificates, each with a different stated cause of death.