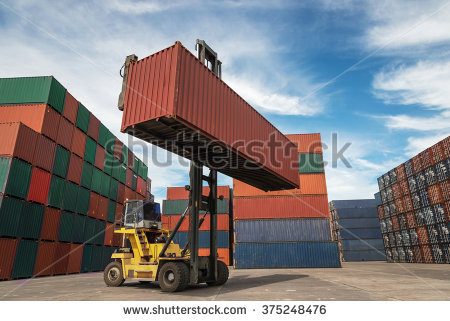 (May 18, 2018) — Club-K is not for dancing. Club-K is the Russian container complex of missile weapons hidden in standard 20 foot and 40 foot sea containers. These weaponized containers are virtually indistinguishable from sea containers containing ordinary non-military items.

Housed inside each Club-K container are four missiles which can carry biological, chemical, conventional, Electro-Magnetic Pulse (EMP), or nuclear warheads. The extreme danger of the Club-K system is its ability to evade detection among the millions of shipping containers carried on ships, trains, and trucks all over the world, including inside the United States. The mobile Club-K missile systems are exposed when the Universal Launch Module (erector) tilts up to the vertical position.

Novator Design Bureau designed the missile system and is now part of Russia’s state-owned Almaz-Antey conglomerate. This means that the Russian government has a stealth mobile missile system that can be transported by ship to the United States and then moved anywhere around the country on trains or trucks. What does that have to do with national security and port security in particular? EVERYTHING – this is how it works.

Vertical integration is when a company controls the supply chain from manufacturing to end sales. In a political variation on vertical integration Barack Obama transformed America’s national security into a supply chain nuclear menace. America has many enemies and Obama embraced them all. Obama began by welcoming the mendacious Muslim Brotherhood (MB) into the United States and placing its operatives in every government agency including Homeland Security where Obama authorized the censoring of any mention of Islam and the ideology that motivates jihad terrorism.

Next, he kept his open-mic promise to Medvedev and facilitated Hillary Clinton’s collusion with Russia in the deceitful Uranium One deal that sold 20% of American uranium to our enemy and funneled millions into the Clinton coffers. Obama accomplished this by appointing his Muslim Brotherhood Pakistani buddy Aimen Nabi Mir to the top advisory position on the Committee on Foreign Investments in the United States (CFIUS).

CFIUS is an inter-agency committee authorized to review transactions that could result in control of a US business by a foreign person in order to determine the effect of such transactions on the national security of the United States. Aimen Mir was the two-time president of the youth wing of the Islamic Society of North America (ISNA) – a Muslim Brotherhood offshoot that promotes the MB enmity toward the United States.

In one of the most deceitful speeches on record, Aimen Mir addressed the Council on Foreign Relations 4.1.16 and assured the Council of CIFUS’ commitment to national security. It was Aimen Mir himself who played a key role in the Treasury Department’s refusal to investigate the United Arab Emirate (UAE) Gulftainer lease deal at Port Canaveral and who helped Vladimir Putin acquire American uranium!

So, Obama put a Muslim Brotherhood Pakistani in charge of CFIUS to approve foreign investments in the United States and appointed crooked Hillary to advance his anti-American agenda as Secretary of State. Highlights of Aimen Mir’s tenure (2009-2014) during Hillary’s term as Secretary of State (2009-2013) include:

James A. Lyons, Jr. Admiral, USN (ret) has written a searing article exposing the danger and stupidity of the April 24, 2017 Delaware General Assembly approval of a $580 million 50-year lease that cedes control of the Port of Wilmington to the same UAE, Gulftainer, Jafar family triad. The Port of Wilmington is strategically located 100 miles from Washington, DC and 128 miles from Manhattan.

Admiral Lyons explains in chilling detail that Dr. Jafar Dhia Jafar was the chief strategist of Saddam Hussein’s nuclear weapons program and the creator of the infamous Beach Ball, a miniaturized nuclear warhead that can fit on any warhead, particularly the Russian Club-K container missile. Dr. Jafar’s brother, Hamid Jafar, is the founder of the Crescent Group, the parent company of Gulftainer.

Barack Hussein Obama, Hillary Clinton, and every one of the greedy, corrupt politicians who facilitated these traitorous deals have conspired to create a vertical supply chain that threatens America with nuclear weapons. Whether their motives were ideological or strictly financial, the Obama/Clinton supply chain is a forward integration form of vertical integration that controls final distribution and is designed for America’s destruction:

President Trump’s promise to drain the swamp is exposing the stunning treachery of the Obama/Clinton political cartel. As the water recedes the corrupt ecosystem of swamp life is manifest and its symbiotic nature revealed. POTUS is exposing the shocking complicity of FBI, CIA, DOJ, NSA, and Treasury staffed by politicized swamp creatures living under Republican and Democrat rocks to hide their treachery. 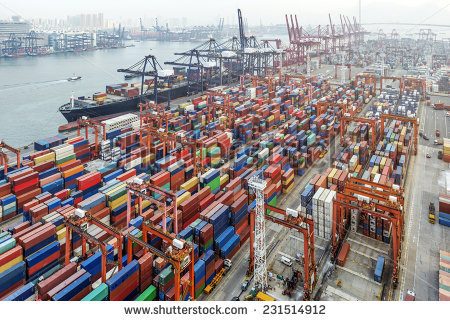 The 21st century enemies of America are many. The Leftists/Islamist/Globalist triad is attempting to destroy America from within and the Obama/Clinton political cartel is facilitating the process by weakening America’s defenses. The Center for Security Policy has released a threat assessment described as the Perfect Storm of Project Pelican’s Gulftainer, Russia’s Club-K, KGB’s Primakov, North Korea, and the Architects of the Islamic Bloc and the Iran Nuclear Deal.

Club-K is not for dancing. Club-K is for war against the United States of America. Barack Hussein Obama and Hillary Rodham Clinton are enemies of the state.

President Trump has begun the long process of strengthening America by taking America out of the Paris Accord and the egregious Iran Deal. It would be wise for POTUS to follow Admiral Lyons’ advice and declare the Port Canaveral and Port of Wilmington deals null and void. America can never surrender control of its ports to enemies of the state, whether foreign or domestic.

The Perfect Storm is Obama’s Trojan Horse and it is President Trump’s challenge to dismantle it.

One Response to "Club-K is Not For Dancing"