“THEY SEEM TO BE IN GOOD HEALTH” 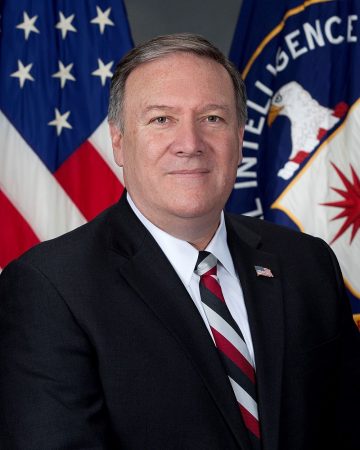 (May 9, 2018) — At approximately 11:50 a.m. EDT on Wednesday, the U.S. State Department released a statement from Secretary Mike Pompeo in which he provided his observations of the conditions of three now-released U.S. citizens held by the North Korean regime for between one and two and one-half years.

The Americans are Kim Hak-Song, Tony Kim, and Kim Dong-Chul.

Tony Kim was stopped from leaving North Korea just over a year ago after spending a month teaching at Pyongyang University of Science and Technology.  Within days, fellow instructor Kim Hak-Song was also detained.

At the time, CNN reported that all negotiations between the U.S. and North Korea took place through the nation of Sweden.

Dong-Chul, who told a CNN reporter that he was collecting intelligence on North Korea’s nuclear program for South Korea, was detained the longest, since October 2015.  At the time, CNN reported, the State Department would not confirm his U.S. citizenship, although he showed CNN his U.S. passport.

Although many mainstream sources have reported the news of the hostages’ release, CNN does not appear to have done so as of this writing (12:40 p.m. EDT).

Pompeo’s remarks came before his plane landed at Yokota Air Base, Japan, a U.S. Air Force installation, for refueling for the journey back to the United States with the former hostages.

He also gave his impression of his meeting with North Korean dictator Kim Jong-Un, his second in approximately six weeks with the leader of the hermit nation in which he said that he “had a good and lengthy conversation” with Jong-Un in what is expected to be a lead-up to President Trump’s face-to-face meeting with “Chairman Kim.”

Less than one year ago, North Korea was shaking the world, and particularly Southeast Asia, by launching missiles with increasingly greater abilities to reach foreign targets, including Jong-Un’s one-time stated target of the U.S. territory of Guam.  Trump was both criticized and praised for his threats against the communist leader on Twitter and elsewhere against the fear of an impending nuclear war launched by North Korea.

Echoing Trump’s sentiment tweeted earlier on Wednesday, Pompeo told members of the press, “We have the three Americans on the plane, which is incredibly exciting. They seem to be in good health. The doctors are with them now, but all indications are at this point that their health is as good as could be given that they’ve been held. They all walked up the stairs themselves, with their own power, so good enough to do that. And we’ll have a – hopefully in the next couple of hours a more complete readout of their complete conditions.”

On Wednesday Tony Kim’s family issued a statement as reported by Reuters:

We are very grateful for the release of our husband and father, Tony Kim, and the other two American detainees.

State Department spokeswoman Heather Nauert was traveling with Pompeo and at one point asked him if she could convey comments made by the former hostages, to which Pompeo responded, “I don’t know if that’s appropriate or not. Probably not.”

However, Nauert indicated in her Twitter timeline that just after 10:00 a.m. EDT that “They’re all smiles & grateful.”

In response to a reporter’s question about when their aircraft left North Korean airspace, Nauert said, “I’ll get that time for you,” to which Pompeo added, “We were all thrilled when we knew we were outside of that space.”

A tweet Nauert posted from Vice President Mike Pence indicates that both he and Trump plan to greet Pompeo’s plane when it arrives at Andrews Air Force Base at approximately 2:00 a.m. on Thursday morning.

Secretary of State Remarks on Former Hostages’ Conditions added on Wednesday, May 9, 2018