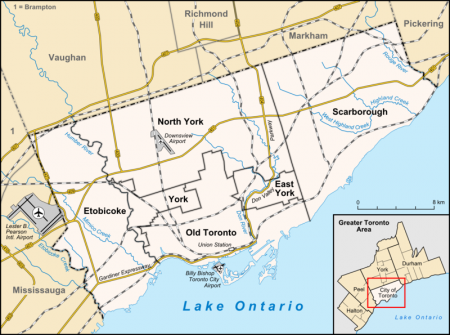 (Apr. 24, 2018) — “Good evening, ladies and gentlemen, and welcome to ‘The Pulse of the Nation,’ the one show on the idiot box that always tries to tell the truth. With me in the studio is Professor Zorkophsky with some pretty important information; isn’t that right, Professor?”

“Fine with me. So what’s happening, Zork? Are you here to hawk yet another best-seller?”

‘No, I wish I were. On a serious note, through my many contacts that I established from my days working as an advisor to our government, I just came across a secret recording of a meeting of the United States Council of Muslim Organizations, the group that flaunts it in our faces because we’re just too darn stupid to take them at their word. And on May 7th and 8th they’ll be doing it again, right in the heart of our nation: Capitol Hill, Washington, DC.”

“Doing what again? You mean in a couple of weeks?”

“You bet: it’s the same old story, is what: Death to Those Who Insult Islam; Down with Democracy; and Abolish Free Speech.”

“Sounds like a broken record: we’ve heard it all before.”

“And we didn’t listen then and we’re not listening now. And that’s what they’re counting on, by the way. For over a hundred years Islam has been touted as ‘One of the World’s Great Religions’ when, in fact, it has never been anything other than a political philosophy that condones old men molesting young girls; condones the beating, disfiguring, and torturing of females; and condones public executions of women and the premeditated murder of any female for any reason – or no reason – that they have the audacity to call ‘honor killings.’”

“There comes a point where you have to ask yourself, ‘What’s the point?’ I mean, the ‘new normal’ isn’t new and is anything but ‘normal.’ People getting mowed down by rent-a-car/van/truck; getting blown to bits by a suitcase or a parked car; or getting killed by a suicide bomber are not new methods that humans have devised to do away with other humans.”

“So, let me ask you this: is there a common denominator in all this mayhem?”

“Of course there is, but it steps on the feet of the easily-swayed and ignorant: our very own Left-Wing Loonies who can’t handle criticism of Islam for fear of offending.”

“No, never, which was a big joke among the Taliban a few years ago when someone tried to draw a line of demarcation between a regular Muslim and a radical Muslim: the joke is that they’re all the same, something that Western Civilization can’t grasp, can’t get a hold of, and will NEVER understand. There are no degrees of being a believer and follower of Islam: it’s all one and the same: and here’s the joke: there’s no moderates in Islam. A Muslim is 100% Muslim: it’s the name of the game: ALWAYS.

“In the West you can call it a mental illness condition if you want, as in the ever-present question of motive of the suicide bomber or the motive of killing pedestrians – complete strangers – with a self-propelled wheeled platform, such as a van.”

“Surely they have infested like the vermin that they are.”

“A-men. So could you play some of the tape for us, the tape of that Council of Muslim Organizations?”

We’re falling behind our quota.

So run over more.

They’re starting to put 2 and 2 together.

You’re just acting paranoid. If they had an inkling of what we’re up to, they would’ve kicked us out by now.

You’re right. It’s going just as they said it would, isn’t it?

Yes, but we must not relax. Remember: there is no laughter in Islam.

“Okay; thank you very much. And so, on behalf of the crew, I’ll be wishing you all a goodnight: Goodnight.