“THE CONCEPT OF TIME” 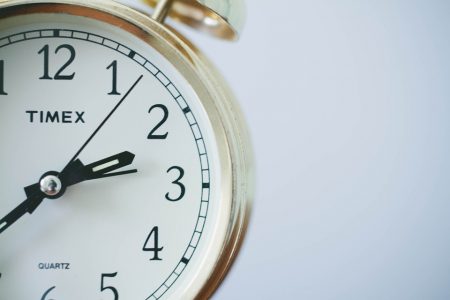 (Apr. 18, 2018) — “Good evening, ladies and gentlemen, and welcome to ‘The Pulse of the Nation,’ your dependable source for the ‘Three Happenings: has happened; is happening; and will happen.’ Did I read that right? I wouldn’t’ve said it like that. I would’ve said ‘What it was; is be; and maybe,’ but then again that’s me.

“Okay, allow me to introduce myself: my handle for this show is ‘Your Mister Roving Reporter (RR),’ but mostly I just say ‘Roving.’ My job is to interview people, and today we’re back in Professor Zorkophsky’s office at the university, the home of the best-selling author of ‘Too Numerous to Mention’ best-selling books.”

“Please, Roving, call me ‘Zork’; no need to be formal among friends. And the title of my latest book just happens to be ‘Too Numerous to Mention,’ just so you know.”

“Thank you; I wasn’t sure so I put it in quotes just to be safe.”

“It’s always wise to be proactive, unless, of course, it’s prudent to lay back and see how things develop. Me? I used to be the one to jump-at-the-gun and, I must tell you, I’ve regretted many a decision I’ve made flying-off-the-handle. But that’s the price of youth: impatience, but now that I’m older and, hopefully, wiser, I’ve come to appreciate approaching a problem from numerous angles and different points of view.”

“That’s just fine and dandy, Zork, but how ‘bout tellin’ the audience what your new book is all about?”

“Succinctly, for sure: I explain what the concept of Time is all about. You see, if we understood what exactly Time is maybe we could weigh it; feel it; take it’s temperature; maybe even paint it.”

“Really. You see, it’s my conception that time is physical while at the same time it’s non-physical. Think how we describe light, as both a wave and a particle, and you get the picture.”

“If we were at the library, where would we find your book, in the fiction section?”

“Not funny, Roving; not funny at all. This is a serious work of ‘Applied Theoretical Concepts of the Maybe Theories,’ so it’ll be in the Cosmology aisle.”

“I notice you have a chapter titled ‘Current Time.’ Care to explain?”

“Be more than glad to; after all, the reason why we’re here is to hawk my book. The chapter I call ‘Current Time’ is based on the conjecture that had Hillary won the presidential election of 2016, Obama would’ve been our ambassador to the United Nations.  There, he would have been elected Secretary General of the United Nations, whereby the year 2020 UN Agenda 21 would be the quasi-legal method to disarm the citizens of the United States.”

“So we’re back to the NAZI method of taking over a country: first take control of the media and then disarm the citizens?”

“It has always been so.”

“So they hate Trump?”

“Well, if Trump was anti-Second Amendment and, overall, pro-Socialist and anti-America/Constitution, there wouldn’t be a problem with the Left-Wing-Loonies, now, would there?”

“No, I suppose not. So the political party of JFK has been taken over by our enemies?”

“Right; it was a lot easier to infiltrate and control the Democratic Party than the Republican Party because the majority of the registered Democrat voters are the products of the under-educated, the assembly-line finished-product from the public schools of our congested population centers.”

“That’s right: the enclave of the Teachers’ Unions is to be found in the slums and ghettos of the poor, the very people who could benefit the most from learning how to read and, therefore, speak the language of the land: English.”

“Look: with the ability to read, coupled with easy access to libraries and the www (world wide web/Internet), there’s no barriers that can’t be overcome. Look at it this way: a person with half a brain understands that Socialism has never worked, and why is that? Because human nature can’t be contained, unless the populace is controlled by Draconian methods.

“You know that most Muslims have never heard of the Bible or the Golden Rule? Imagine, living your whole life never hearing of the Golden Rule: that people can go through life without the hate and revenge and the envy; all sins, each and every one, by the way.”

“So that’s why the Muslims kill anyone who teaches about Jesus, isn’t it?”

“Look: Islam could not survive with the Golden Rule; be impossible. Imagine trying to tell a Muslim that they can live their lives without the hate towards the Jews, Christians and all the other non-believers in the world. Why, it would all dry up in a day. No, they kill missionaries with a passion. Once in a while, on the 700 Club, it’s quite wonderful hearing a confession from someone who didn’t know a lick about forgiveness and compassion; who found Jesus and realized that maybe they don’t have to commit murder in order to reach heaven.”

“Very interesting. So why would people buy your book, for the Cosmological Treatise or the Current Event content?”

“Really, I think the subject of Time would be the draw. Maybe someday someone will devise a method to weigh time, not in the conventional sense, but in some future possibility that the knowledge that you only have one shot at life so better make it your best shot, and going around with hate just doesn’t help anyone. There’s a very entertaining talk show host on NewsMax, Jesse Lee Peterson, who does a good job of getting that point across.”

“Well, thank you for the information and so, on behalf of the crew, I’ll be wishing you all a goodnight: Goodnight.

“Another great show, wouldn’t you say? Got to start the ball rolling, so I say ban CAIR and let’s start deporting the terrorists by starting with the Muslim Brotherhood. Oh, one more thing: when is the FBI going to tell us the truth about that Muslim mass murderer who killed all those people in Las Vegas?  Let’s grab a burger: my treat.”