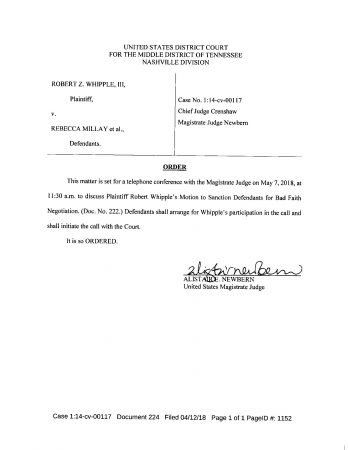 (Apr. 17, 2018) — On April 3, 2018, BCCX inmate Robert Z. Whipple, III notified Tennessee Department of Correction Commissioner (TDOC) Tony Parker that the “negotiated” installation of the Westlaw legal research tool as a substitute for the access he was denied to the prison’s federal law library has been reneged upon, causing him to reinvigorate a civil-rights lawsuit initially filed in 2014.

At one time, Whipple had four active federal lawsuits against the TDOC and other related defendants; two remain active currently, one of which is over the law library access, Whipple v. Millay.

Since last summer, Whipple has filed numerous grievances over prison personnel’s having barred him from utilizing the “Site 2” federal law library.  Whipple is housed in the BCCX annex, which he reported does not have its own law library.

An article dated April 10, 2018 features Whipple’s latest report in which he said that after the Westlaw terminal was made available to annex inmates, the hours of access were reduced so severely that Whipple cannot make use of it given his prison work schedule.

On April 2, Whipple drafted a motion for preliminary injunction in Whipple v. Millay alleging that the defendants had entered into a “bad faith negotiation” in installing Westlaw, then changing the library schedule.  Whipple claimed that the prison law library schedule has not been altered in “30 years.”

Also in the motion, Whipple stated that Parker had signed a “settlement agreement” on March 21, 2018 but that BCCX personnel, specifically law librarian Richard King, had reduced the library hours out of “retaliation” for the grievances he filed on the issue.

The handwritten document was stamped “received” on April 5, 2018 by the federal court.

A typewritten document from Whipple provides a timeline reporting that in late January, State of Tennessee attorney Amanda S. Jordan “wrote Plaintiff to offer to provide Westlaw access in exchange for dismissal” of the lawsuit.

Whipple also alleged that the new law library schedule “appears to be custom-tailored to prevent Plaintiff from using Westlaw as much as possible.  Plaintiff works in the prison commissary 7am to 4pm, and the library is open most days from 8am to 3pm.”

The defendants, through Tennessee Attorney General Herbert H. Slatery, III, objected to Whipple’s motion on the grounds that the lawsuit had arisen while he was housed at another prison.

The federal judge overseeing the lawsuit has scheduled a telephone conference for May 7, 2018.  In his April 12 order, Magistrate Judge Alistair E. Newbern told the Defendant to ensure that Whipple is able to take part in the telephone conference, which will commence at 11:30 a.m. local time. 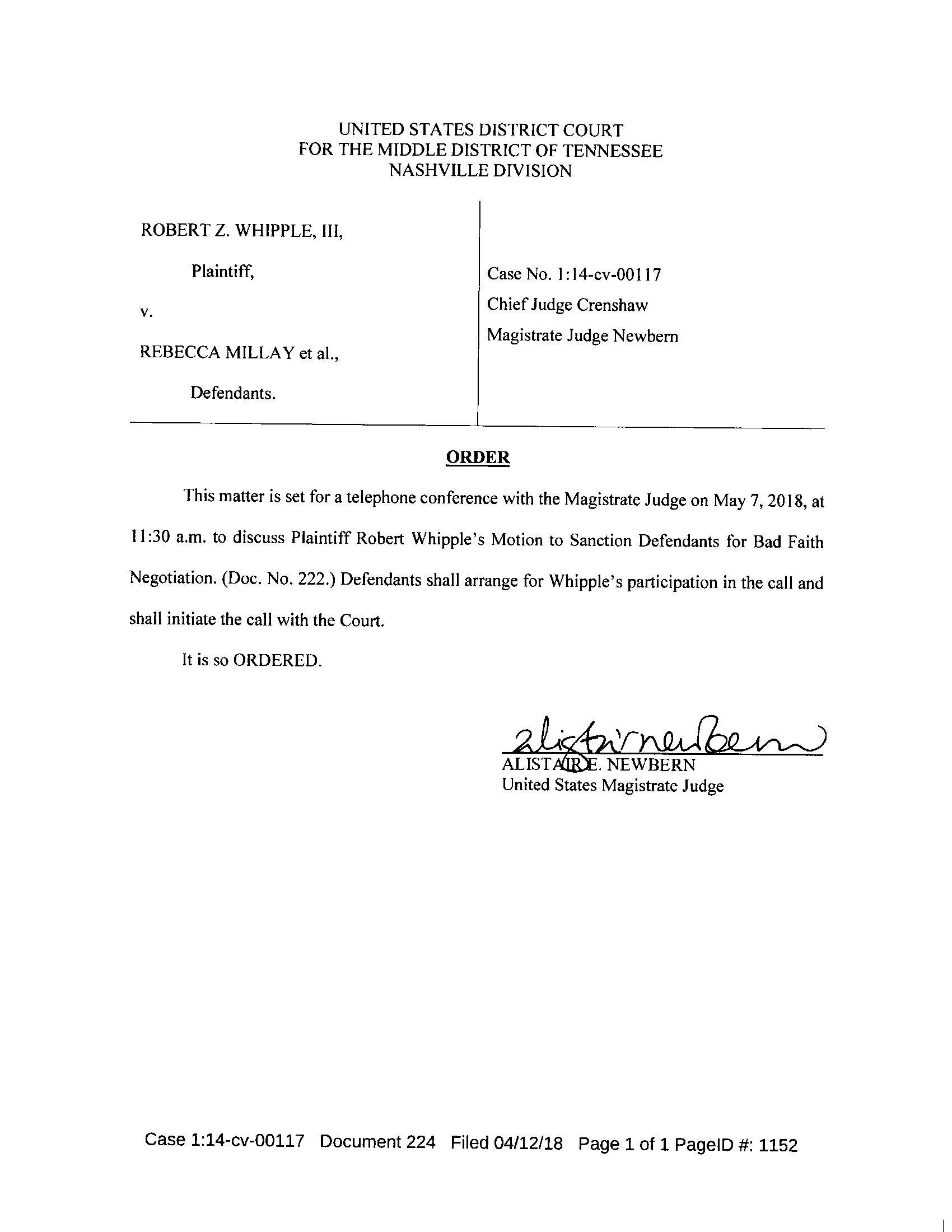