The Humanitarian Hoax of Globalism: Killing America With Kindness – Hoax 24

by Linda Goudsmit, blogging at Pundicity 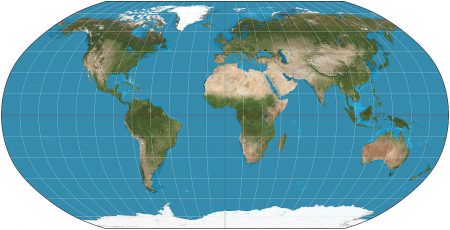 (Apr. 8, 2018) — The Humanitarian Hoax is a deliberate and deceitful tactic of presenting a destructive policy as altruistic. The humanitarian huckster presents himself as a compassionate advocate when in fact he is the disguised enemy.

Globalism is NOT to be confused with global trade. Global trade is the import and export of goods and services across international boundaries.

Why is understanding the distinction between globalism and global trade so important? Because the globalist humanitarian hucksters are busy conning the American public with promises of cheaper goods through global trade deals to disguise their sinister underlying motive of collapsing the American economy. Globalism requires a collapsed America to internationalize it into the globalist New World Order that the humanitarian hucksters intend to rule.

Globalism exemplifies both the adverse selection model and the moral hazard model. This is how it works.

Collectivism, whether it is called socialism, communism, Islamism, or globalism, denies freedom of speech and the ownership of personal property. Theoretically, collectivism means giving a group priority over the individuals who form the group. In practice collectivism awards all the power and privilege to the ruling elite.  Equality simply cannot exist in collectivism because there is always a power structure.

A free society requires free speech and the ownership of personal property – both are fundamental to American life and guaranteed by our Constitution. The Culture War against America is an asymmetric information war against both freedom of speech and ownership of personal property. The globalist elite are using asymmetric information as a war weapon to collapse America from within. A free society supports individualism and upward mobility – collectivism does not.

Collectivism, as an economic theory, awards control of the production and distribution to the group. Collectivism as a political reality enslaves the population and establishes a master/slave infrastructure – collectivism is the absence of individual freedom. The ruling elite has absolute power over production and distribution – it has complete centralized social and economic control over the group. The globalist elite know this and they are duping the public with asymmetric information.

So, why is it necessary to eliminate free speech and private property in collectivism? Because without these two elements there is no upward mobility and no middle class. There is only the ruling class and those who serve them. This is how it works.

America’s thriving middle class is a direct impediment to collectivism. People often think it is the big businesses who support jobs in America but in fact it is small businesses who employ the vast majority of workers. Trade deals unfavorable to American businesses drive jobs offshore making the unemployment rate go up and more people dependent on the government. NAFTA, TPA, and Obama’s excessive rules and regulations are all job killers designed to drive businesses out of America. Why?

Besides the obvious national security threat of driving essential businesses offshore, the small business closures destroy the middle class which leaves the top and the bottom of the pyramid intact – exactly what the globalists need to socialize and then internationalize America.

The socio-economic infrastructure of collectivism is cradle-to-grave dependence upon the power of a centralized government. Collectivism is a return to the feudal pyramid of the ruling class, their enforcers, and the general public. There is no social justice or economic equality in collectivism. There is only childish dependency upon the ruling elite.

Wars are won and lost on the basis of information. The Culture War against America is an asymmetric information war being waged by globalists against American sovereignty. These humanitarian hucksters are using asymmetric information to persuade America that life in their globalist collective will be different from life in socialist Cuba, socialist Venezuela, communist Russia, or Islamist Iran. It won’t. Collectivism by any other name is still collectivism.

BUYER BEWARE! Asymmetric information is conning you. Cheap goods are very expensive. They are destroying manufacturing jobs, businesses, and the middle class in America.

The hysteria over President Trump’s tariffs is pure political theater and deliberate asymmetric information of the globalists in their war on American sovereignty. Globalist humanitarian hucksters are America’s mortal enemies using the adverse selection model and moral hazard model of asymmetric information to destroy America from within.

One Response to "The Humanitarian Hoax of Globalism: Killing America With Kindness – Hoax 24"