“I’M CONFIDENT THAT HE WAS CIA-CREATED” 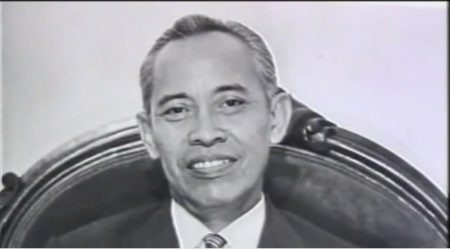 For several months, Corsi has been providing commentary to a group of citizens who run a YouTube live station 24 hours a day under the name “Patriots Soapbox” discussing a variety of topics pertaining to the federal government, Donald Trump, the “Deep State,” and the online commenter “Q,” who Corsi believes has accurately posted omens of things to come within the Trump administration.

Some of “Q”‘s postings are found here.  In the recent past, Corsi has expressed his belief that Q is “military intelligence” with inside knowledge of actions the Trump administration plans to take regarding a number of issues, particularly as to national security.

On Sunday Corsi announced on Twitter that the video is his first posted at gab.ai since his YouTube channel was shut down last week.  As this article was prepared, Corsi tweeted a link to today’s “live chat” session on gab.ai.

He has announced a Patreon campaign to fund his work since his YouTube channel was silenced and income he was realizing from it cut off. 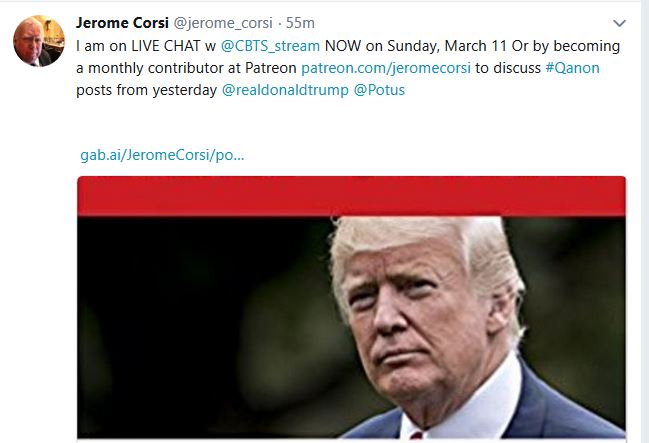 Beginning at approximately the 11:00 mark in the March 9 broacast, Corsi speculated that “Q” had said, in his customary code-speak, that if and when the truth about Obama becomes known, he will seek Kenyan citizenship, presumably for refuge.  That speculation was followed by Corsi’s statement that he personally is “confident that Obama was CIA-created.”

In regard to Obama’s parentage, Corsi speculated that the late communist activist Frank Marshall Davis or the founder of a cult called “Subud” are more likely to have been Obama’s biological father than Barack Hussein Obama of Kenya, as Obama claims.  During the discussion, Corsi referred to the founder as “Subud,” although his name is Muhammad Subuh Sumohadiwidjojo.

A younger photo of Sumohadiwidjojo appears to many to show a striking resemblance to Obama.

Corsi reminded the audience that he conducted considerable work on the Obama “birth certificate” issue prior to the release by the Obama White House of an image purported to be a representation of Obama’s “long-form” birth certificate from the State of Hawaii in April 2011.  Corsi’s book, which was due to be released at approximately the same time, is titled “Where’s the Birth Certificate?  The Case that Barack Obama is not Eligible to be President.”

Directly after the image was made public, several graphics and computer experts said it was fraudulent, citing a number of alleged anomalies.

In August 2011, then-Maricopa County Sheriff Joseph M. Arpaio delegated his “Cold Case Posse” with an investigation into the image in order to put to rest doubts on the part of a number of his constituents that their votes would have no value in the 2012 presidential election if the claims of fraud were borne out.  Then led by Mike Zullo, the five-member posse conducted an analysis and found that it could not be immediately “cleared” as authentic, as Arpaio had expected.

Corsi met with Zullo to share his investigative leads and research into what grew into a 5+-year probe, ending in December 2016 with Zullo’s announcement that two forensic analysts, one in Hawaii and one in Italy, had found after completing their own examinations of the image that it could not be considered genuine.

Beginning in 2007, Obama’s constitutional eligibility for the office of president came under scrutiny based on multiple reports that he was born in Indonesia or Kenya and therefore was not a “natural born Citizen,” as the U.S. Constitution requires for the president and commander-in-chief.

Those who doubt Obama’s life narrative of a birth in Hawaii to U.S. citizen Stanley Ann Dunham and Barack Obama of Kenya have been termed “birthers.”  Over the last ten years, the media has maintained a stolid silence over the inconsistencies and articles some of its own had published in the past stating Obama’s birthplace as overseas.