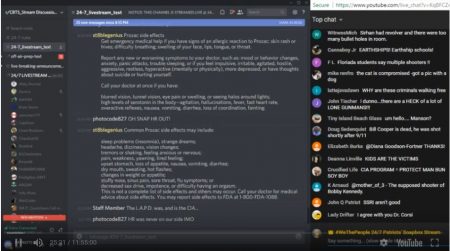 (Mar. 9, 2018) — 9:19 a.m. EST – Author and Infowars Washington, DC Bureau Chief Dr. Jerome Corsi is on the Patriots Soapbox Livestream on Friday morning, having discussed over the last 30 minutes reports of election fraud, “paid trolls” employed by the Obama regime, and his research into the Obama long-form birth certificate, which was found by a five-year criminal investigation to be a “computer-generated forgery.”

The show is available live, 24 hours a day, here:

At one point, Corsi speculated that longtime Clinton ally Sidney Blumenthal was the individual who originally raised the “birth certificate” issue with Hillary Clinton.  Others have reported that both Hillary and William Jefferson Clinton were aware that Obama was not born in the United States at the time he first ran for president in 2008.

Corsi’s discussion centered on “Q,” an internet poster who Corsi believes is “military intelligence” and shares some of the information he has gathered in his position at the “8chan” website under the subcategory “#greatawakening.”