“THE BAD GUYS DON’T PLAY BY THE RULES” 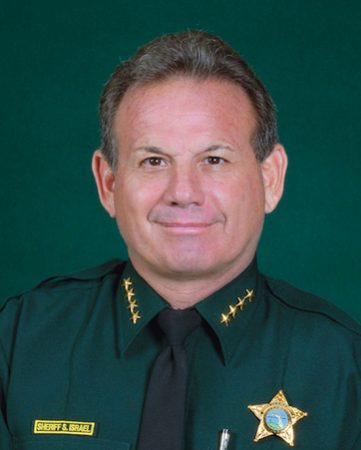 (Feb. 28, 2018) — “How’s y’all doin’? Chief Leaf here filling in for Roving. So this is ‘The Pulse of the Nation’ and I couldn’t be more pleased that you’re glued to this program and hanging on my every word, or you would be if you were at a Pow-Wow and you were of the Cherokee Nation. Chiefs have many powers and since I am a Chief I have many powers, and one of the powers that I have is to either imagine I’m tuning in to a spaceship conversation or possibly really tuning in to a spaceship conversation, like the one I’m receiving now. What do you say we listen in?”

“That’s it? It looks really small.”

“No, you’re looking out the wrong window. That’s Pluto; Earth is out the other window. That blue and white spot.”

“What’s the blue and white made up of?”

“The blue is water in its liquid form and the white is evaporated water.”

“So it’s all water? I didn’t bring my swimsuit.”

“But I read that Florida isn’t safe, that healthy people are dying in great numbers every day. You have your doses of The Downers*; shootings; knifings; and if that wasn’t enough, half the people who have a driver’s license can’t drive worth a hoot (all they do is aim the vehicle); half the vehicles aren’t safe to drive due to some drastic mechanical failure, or just about to fail; drivers (or aimers) are zonked-out on marijuana or alcohol (or both); on some form of doctor-approved pharmaceuticals; have a death wish or, if they’re of the Muslim persuasion, wish to mow down as many pedestrians as the vehicle in which they’re aiming can run over to maim and murder. And you say we’re going to Florida?”

“You bet. We’re going to land in Lake Worth, about as normal as a Florida community there is: ‘home of the newlywed or nearly-dead,’ so they say. Has a large illegal immigrant community, also. As I said, just your normal Floridian town.”

“Duplicate what the Roving Reporter does; I’ll disguise myself as Roving and you can be Molly, the sound-boom operator.”

“But we don’t have a camera operator.”

“Don’t worry about it; they’ll never notice; they are, after all, Floridians.”

“Where are we going to set up?”

“Right here on ‘J’ Street will do. Ah, here comes a young man now. Excuse me, Roving for ‘Pulse.’”

“Let me ask you something: how come half of you Americans want to destroy your Republic? You think senile Bernie Sanders has an answer for anything? Socialism is the disease, not the cure. What’s wrong with you?”

“No way because we’re always scheming and watching out for the cops, who are watching out for those snoopy newspaper reporters trying to dig up a story on police corruption. How dumb are they, anyway? If it wasn’t for the police on the take this whole state would look just like Bogotá, down in Colombia: shootings in the street days and nights.”

“So corruption in the police is tolerated?”

“Not only is it tolerated, it’s mandatory, which is why they don’t want any war-hero military types. Look here: imagine you’re being shot at and shooting back, and you think about the Oath and the Constitution, and when you get back home, here in the States that they call The World, these military types actually believe in the Constitution, which is why they get so bent out of shape whenever they see corruption, like that Navy Commander, Fitzpatrick, saw in his hometown after he got out of the Navy.”

“Does everybody know about this?” 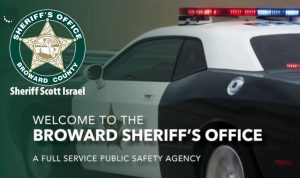 “You bet: the trick is to keep it under wraps, not like that idiot Sheriff did down in Broward County.”

“Ran his mouth out in public; even went on television in some bogus Town Meeting, and tried to divert any attention his way to the NRA.”

“But he NRA didn’t have anything to do with anything.”

“That’s where you’re wrong: the NRA supports the Second Amendment, so there.”

“But that doesn’t make any sense: the school was a gun-free zone so NRA or no NRA, this kid was out to do mayhem and he did it. Heck, anyone can buy a gun anywhere in the USA at any time of the day or night; we may not live on this planet but at least we know that much.”

“Well, you got me there. Come to think of it, Chicago is a gun-free zone, too; so is Paris, France. I guess you’re right: the bad guys don’t play by the rules.”

“I guess that’s the definition of a bad guy. So they think that if they disarm you, what then?”

“Abolish the Republic; discard the Constitution; camps everywhere; death squads; showers; ovens; in your face, and why not? If you’re so dumb to disarm then you’ve no business complaining about it, now, do you?”

“Chief New Leaf here. Sorry about that, but we’ve lost our connection. Oh, well, time to wrap it up anyway and so, on behalf of the crew, I’ll be wishing you all a goodnight: Goodnight.

[*The Downers: morphine; heroin; dilaudid; opium; quaaludes; any of the “-oids”, including cough syrup.]