IS “MORE MONEY” THE ANSWER? 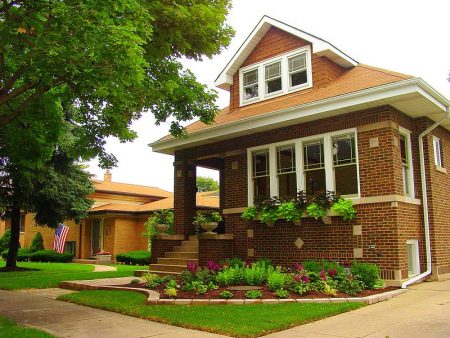 (Feb. 20, 2018) — “Good evening, ladies and gentlemen, and welcome the ever-popular info-news show, ‘Pulse of the Nation.’ Hello, I’m Professor Zorkophsky, filling in for Roving. As most of you know, after I retired from teaching at the university, I was asked to be a consultant here in Washington, the Swamp epicenter. One of the requirements of my new job was to actually live within the Beltway so I could, no doubt, become equally infected with Swamp Fever and become just as brainwashed and brain-dead as everybody around me who follows the party line (as stated by the mainstream media).

“I am, by trade, an eminent best-selling author, being a renowned professor emeritus of psychotic behavior, and one of the regular contributors to ‘Pulse,’ which explains my presence: I have been asked to devise a Sane Test by, believe it or not, the Vietnam’s Vet’s Talking Dog. I can see it now: you jest, but take the test and jest not. Let’s break for a commercial before we start.”

Actually, the flaw in the premise that “more money” was the answer was doomed from the start. What we had was an ingrained mindset that it was perfectly socially acceptable to go through life as ignorant as humanly possible, which is why the voters couldn’t understand that if it doesn’t work one year, doesn’t work in ten years, doesn’t work in 20 or 30 years, then maybe, just maybe, the way they’re going about solving the problem wasn’t working.

After 40-some years a new candidate came out of nowhere saying that Affirmative Action is just Welfare with a different name; that the graduation numbers are nothing more than a political lie: sure, Johnny graduated from high school, but he can’t read or write, and his verbal communication skills are equal to an NBA basketball player’s. So what if Johnny got accepted at the University of Michigan and got a law degree: he or she still can’t reason, let alone read and write above a third-grade level.

Alan Keyes wanted to represent the people of South Side Chicago. He said in order to compete you have to have at least the same education as all the other competitors going after the same job; race doesn’t enter into the picture. Vote for me and I’ll teach you how to fish.

Keyes’s opponent was Barack Obama who said, “Forget fishing, just lie around and collect from the government. It’s a white world anyway and you’ve got no chance to compete, so why try? Don’t learn how to fish when I’ll give you all the fish you want for free.”

“Excuse us, please, while we throw in a quick commercial.”

And, as they say, the rest is history. So here’s the question: The Nation of Islam’s followers are overwhelmingly on Welfare, are more than likely not to have a library card but have an EBT card, and yet are vehemently opposed to any form of voter ID. They will riot and burn their own nest whenever the subject of voter ID surfaces, just because that’s how they were told to react. So what are the chances of the poor and ignorant ever leaving the plantation/ghetto, when the guards are members of the Nation of Islam?

“And that’s it. The whole argument of Affirmative Action is one of abject submission. It’s blaming the Russians for the failures of previous administrations for not upholding the immigration laws of the United States; the FBI allowing expired VISAS to go unchecked (which resulted – directly — in 9-11); and not understanding that the threat to the Constitution is more dire today than it was yesterday; and the Constitution will be in even greater danger this time tomorrow because we, as a nation, are failing in our responsibilities to protect our fellow citizens.

“We didn’t protect our soldiers in Kuwait as the grenade was rolled under the tent flap, and we failed to protect the men and women in uniform at Fort Hood. We didn’t protect our fellow citizens, as they were indiscriminately mowed down on that New York City sidewalk in 2017.  But when you add it all up, when you add all the murders by Muslims, at least do it worldwide, as in last week in Sweden Muslims killed 20; in Kenya another 16; in Egypt 30; day after day, week, month, year, decade, and millennium after millennium.

“We’re at war. It’s a world war, but our government is not telling us, which makes them complicit. Deport the Muslims.

“If you’re not armed now, it’s a good time to start taking some control of your life by protecting yourself and your loved ones. And now it’s that time, as Roving would say, on behalf of the crew, to wish you all a goodnight: Goodnight.

“Can we charge the burgers to Roving? Then let’s do it: his treat.”