(Jan. 14, 2018) — The Humanitarian Hoax is a deliberate and deceitful tactic of presenting a destructive policy as altruistic. The humanitarian huckster presents himself as a compassionate advocate when in fact he is the disguised enemy.

Obama, the humanitarian huckster-in-chief, weakened the United States for eight years presenting his crippling Common Core advocacy as altruistic when in fact it was designed for destruction. His legacy, the Leftist Democrat Party with its “Resistance” movement, is the party of the Humanitarian Hoax attempting to destroy the capitalist infrastructure of American democracy and replace it with socialism.

Common Core is a deliberate information war targeting American children. It is a deceitful campaign to undermine established American Judeo-Christian cultural norms celebrating patriotism, the meritocracy, and American sovereignty. The Leftist/Islamist axis is promoting collectivism in preparation for one-world government. This is how it works.

Serious educational reform enacted by the No Child Left Behind Act (NCLB) of 2001 was designed to provide high standards and measurable goals to improve individual outcomes in education. Federal funding was correlated to test performance. Rather than improving education the net effect of NCLB was education reformatted to teach to the tests. Education critic Alfie Kohn argued that the “NCLB law is ‘unredeemable’ and should be scrapped – its main effect has been to sentence poor children to an endless regimen of test-preparation drills.” There were loud calls for reform.

Enter Common Core State Standards (CCSS) launched under Obama in 2009 deceptively marketed by a propaganda campaign emphasizing the positive benefits of national standards and uniformity in curriculum guidelines with measurable effectiveness for American public education K-12. Common Core State Standards (CCSS) are mistakenly understood to be a derivative of the No Child Left Behind Act – they aren’t.

Obama’s 2009 Race To The Top program was introduced as a competitive grant program that awarded points to states for satisfying performance-based evaluations of teachers and principals based on measures of educator effectiveness. Sound familiar? It should because measurable effectiveness = student test scores. Even though Race to the Top did not mandate adoption of Common Core, to receive federal stimulus money states had to “commit” to adopting Common Core standards. Forty-two states now operate public and private education under the Common Core program.

So, what makes Common Core a humanitarian hoax? Let’s review.

“The Common Core State Standards provide a consistent, clear understanding of what students are expected to learn, so teachers and parents know what they need to do to help them. The standards are designed to be robust and relevant to the real world, reflecting the knowledge and skills that our young people need for success in college and careers. With American students fully prepared for the future, our communities will be best positioned to compete successfully in the global economy. . . These Standards do not dictate curriculum or teach methods.”

Sounds great. The problem is the deceptive language referring to the “real world” the “global economy” and the misleading statement that the Standards do not dictate curriculum or teaching methods. This is how it works.

Priority 1:  Put Every Child in School

Priority 2:  Improve the Quality of Learning

It is Priority #3 that is most problematic and the basis for the humanitarian hoax of Common Core.

Obama’s Common Core is not teaching American children about the world and how to be effective and competitive in a global marketplace. Obama’s deceitful Common Core initiative is propagandizing American children toward collectivism, globalism, and one-world government with its anti-American, anti-Judeo-Christian, pro-Islamic bias. American public/private education no longer advocates American patriotism, the meritocracy, American exceptionalism, or American sovereignty. America is no longer in control of American education. This is how it happened.

Obama’s infamous Cairo speech launched an eight-year initiative to Connect All Schools that was fraudulently presented as a program to help different people who believe different things be able to communicate and understand one another.

Bethany Blankley’s stunning 4/2015 article exposes Obama’s Common Core as “originating from the One World Education concept, a global goal orchestrated by the Connect All Schools program to globalize instruction. Its origin is funded by the Qatar Foundation International (QFI). The director of QFI’s Research Center for Islamic Legislation and Ethics is Tariq Ramadan, grandson of Muslim Brotherhood founder, Hassan al-Banna.”

World Net Daily (WND) reported that in 2011 Qatar Foundation International “partnered with the Department of State and the U.S. Department of Education to facilitate matchmaking between classrooms in the U.S. and international schools through. . . the ‘Connect All Schools’ project.” QFI proudly states on its website that the initiative was founded in response to Mr. Obama’s 2009 Cairo speech with the Muslim Brotherhood prominently seated in the front row.

The conspiracy of the Leftist/Islamist axis to re-educate American children away from America-first patriotism toward global governance and Islam is well under way and well-funded.

Why is your global presence limited to a select few countries?

While QFI’s mission is dedicated to connecting cultures and advancing global citizenship through education, our current focus is K-12 public and charter schools in the United States, Canada, and Brazil. To find out if a school near you is a QFI partner, see our map to find other resources that may help your child learn Arabic, visit Al Masdar.

Most parents have no idea what their children are learning in school unless their child asks for help with homework or relates an experience at school. Parents in any of the 42 states that have adopted Common Core State Standards need to start reading their children’s textbooks immediately. It is up to parents to decide if they support American sovereignty and fair trade in the global marketplace or if they support global citizenship and a globalized curriculum promoting one-world government. It is a matter of informed consent.

This brings us to the United Nations Agenda 21 initiated in 1992 and described in a lengthy report titled United Nations Sustainable Development. The entire document can be summarized in one sentence:

The United Nations Agenda 21 is a plan for a New World Order that internationalizes the entire world into a global society under its own UN global governance for our own good of course. Its lofty Preamble reads like the lyrics of John Lennon’s song “Imagine.” In the old days power-grabbers for world domination were not so soft spoken. Hitler, Stalin, and Mussolini did not sing lullabies of peace – but this is the 21st century and requires a different approach. We have “Imagine” and the updated 2030 Agenda for Sustainable Development.

The Culture War is an insidious information war being waged on America through the political correctness, moral relativism, and historical revisionism embodied in the informational materials supplied by the pro-globalism enemies of national sovereignty at the UN. Stealth jihad is quietly being fought in classrooms with the educational propaganda of the World Core Curriculum – not with bullets or airplanes.

In 1989 the United Nations Educational, Scientific and Cultural Organization (UNESCO) awarded its prize for peace education to the father of global education and creator of the World Core Curriculum (WCC), Robert Muller. He accepted his award saying, “I dream that UNESCO will study and recommend by the year 2000 a world core curriculum for adoption by all nations.”

Why is a world core curriculum desirable? Most people understand the mission of the United Nations to be promotion of mutual respect and understanding between sovereign nations with differing cultures. Were we mistaken or misled? Was the goal of the UN always universal citizenship? Muller says, “In the final analysis… the main function of education is to make children happy, fulfilled, and universal human beings.” Universal human beings?? Really?

In November 2010 Obama’s Secretary of Education Arne Duncan addressed UNESCO, praising universal education without ever mentioning educational content. Educating the world’s children is a laudable goal. Putting every child in school and improving the quality of learning is an altruistic undertaking. The problem is that most people naively assume universal education advances literacy and do not realize it is a propaganda tool designed to advance global governance. It is a humanitarian hoax.

In a world of technology where hard-copy books are increasingly being replaced with software and lessons taught on computers it is incredibly simple to alter, censor, and manipulate original texts. Having the world’s children literate and able to read about the world to better understand other cultures and live together in peace is not the same thing as having the children of the world literate to be propagandized by manipulated curriculum content.

When the UK froze Muammar Gaddafi’s assets in 2011 The Sovereign Fund of Libya had a 3.27% stake in Pearson. Libya was the second largest shareholder in Pearson Education. CAIR, designated a terrorist organization by the United Arab Emirates, was also an investor. The anti-American, anti-Semitic, pro-Muslim Pearson educational products must not be allowed to propagandize American students.

Words matter. It is essential that Americans understand what one-world government global citizenship means in the Arab world. To Qatar and the Islamic world it means the re-establishment of the Islamic caliphate that rules the world under religious Islamic sharia law. It is equally important for Americans to understand what one-world government means to the secular globalist elite. 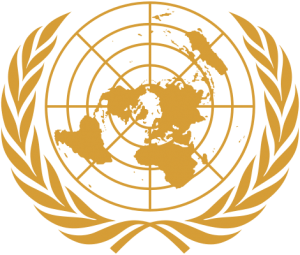 Secular one-world government was described in chilling detail 65 years ago by English aristocrat Lord Bertrand Russell in his alarming book, The Impact of Science on Society. Neither the secular nor the religious version of one-world government is the fulfillment of John Lennon’s iconic song “Imagine.” Both are regressive returns to feudal infrastructures consisting of the few ruling masters, the mass of ruled slaves, and an army of soldiers to enforce the pyramid. Both see the United Nations as the instrument for imposition and management of their own version of global governance.

If American parents do not become actively involved in discovering what their children are learning in school they will be unable to oppose the radical education initiative currently transforming the children of the world into “green” or “global citizens” prepared for the New World Order. The humanitarian hoax of Common Core will successfully propagandize American children to reject American citizenship and become citizens of a world dictated and governed by the United Nations. Ignorance is not bliss and willful blindness is not a position of strength – it is submission.

Linda Goudsmit is a devoted wife to husband Rob and they are the parents of four children and the grandparents of four. She and Rob owned and operated a girls clothing store in Michigan for 40 years and retired a few years ago to the beaches of sunny Florida. A graduate of the University of Michigan in Ann Arbor (B.A. in English literature), Linda has a lifelong commitment to learning and is an avid reader and observer of life. She is the author of ​​Dear America: Who’s Driving the Bus?, as well as a children’s series in development, Mimi’s STRATEGY. It is with pride and humility that she is sharing her thoughts, observations, and philosophy of behavior in the many articles she has written that are featured on The Post & Email.
See Linda’s Pundicity page and website. Contact Linda at ​info@lindagoudsmit.com