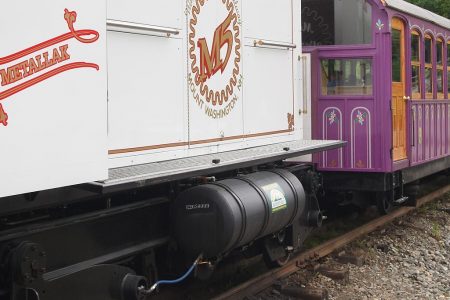 (Jan. 7, 2018) — Yet another congressional aide is about to pass through Washington’s infamous revolving door to a lucrative private sector position. Kurt Kovarik, legislative director for Senator Chuck Grassley (R-Iowa), will become vice president of federal affairs for the National Biodiesel Board.

To grow and prosper, this industry relies on subsidies and mandates that require steadily increasing volumes of diesel fuel from crops and other sources. As the NBB said in a press release, Kovarik’s “decades of experience in the Senate will serve us well, as we navigate federal policy issues that most affect our industry.” His work on energy and tax legislation, familiarity with the key players in Washington and knowledge of biofuels “are all reasons we are so happy to have him on our team.”

Translated into common English, Kovarik will help keep mandates in place and revenues flowing into biodiesel coffers – even as justifications for its special treatment become less persuasive, claims about its supposed benefits are found wanting, and harmful effects on taxpayers and consumers become obvious.

Indeed, like corn ethanol, biodiesel is just one more federal program that has become a perpetual fixture, all but immune from any revisions or reductions. That’s because powerful special interests band together to block any such attempts – and make major campaign contributions to friendly legislators.

Meanwhile, consumer interests adversely affected by the rules are too diverse, poorly organized and ill-funded to mount an effective campaign against the “renewable fuels” industry.

Thus, when the Environmental Protection Agency recently proposed a minuscule reduction in the total volume of corn ethanol required for blending into gasoline, the biodiesel lobby rose up united in righteous indignation against the idea – even though biodiesel was not being affected.

The legislatively-created industries always take Ben Franklin’s warning to heart: “We must indeed all hang together,” Franklin said just before signing the Declaration of Independence in 1776, “or most assuredly we shall all hang separately.”

Billions of dollars are at stake for biofuel industries, and they will not fail to aid one another. Nor will they deviate from the narrative that plant-based fuels will somehow save Earth and humanity from the alleged ravages of planet-warming fossil fuels, even as developing nations burn more oil, natural gas and coal every year – and the Northern Hemisphere suffers through another nasty, frigid winter.

Biofuels from corn, oil palm, soybean or algae require vast expanses of land – dozens or hundreds of times more land than is needed to produce equivalent amounts of energy from coal, oil or natural gas. That land once was or could now be wildlife habitat – and the direct and indirect effects on wildlife populations are often profound, especially when Indonesian and other forests are sacrificed on Gaia’s altar to establish oil palm plantations for illusory “sustainable, renewable” energy.

The same widespread land and wildlife impacts result from erecting wind turbine and solar panel facilities – to generate expensive, unreliable, weather-dependent electricity … and build (coal or gas-fueled) backup generators, to provide electricity the 75% of the time when there is insufficient sun or wind.

Biofuels also require prodigious volumes of water, and in most cases huge amounts of fertilizers, pesticides and fossil fuel energy. And when biofuels are burned in vehicles or fuel cells for electricity generation, they emit enormous quantities of carbon dioxide (CO2). In fact, across their full planting, harvesting, conversion and use cycle, biofuels emit just as much carbon dioxide as fossil fuels.

All that extra CO2 is good for forest, grassland, crop and other plants – and recent studies confirm that CO2 is greening our planet, by helping plants grow faster and better. That this CO2 is also causing “dangerous manmade climate change” is increasingly in doubt, despite what climate doomsayers continue to claim). The assertion that crop-based biofuels are “sustainable” is not supported by evidence.

In reality – as scientist, engineer, former MIT professor and energy analyst Peter Huber observes in his book, Hard Green: Saving the environment from the environmentalists: A conservative manifesto – the best, greenest, most ecologically sound, most sustainable fuels are those that get the most energy per pound of material that must be mined, trucked, pumped, pipelined and burned.

Supposedly “renewable” energy sources do not pass this simple test. (See here, here and here.) But in liberal policy, media and regulatory circles, they are routinely exempt from the criticism, calumny and punishment so regularly meted out to fossil fuels and companies that produce them.

For poor developing countries, renewable-only energy policies demanded or imposed by World Bank, EU, environmentalist and other interests perpetuate poverty, joblessness, disease and malnutrition, ensuring nasty, brutish and short lives. Such policies are immoral, genocidal, and properly detested by nations determined to bring health and prosperity to their people.

Thanks to fracking and modern exploration and production technologies, the world still has decades or even centuries of natural gas, oil and coal. For a world that still depends on these fuels for 85% of its total energy, that is good news. It’s even better news for the future, when humanity will still need fossil fuels for over 75% of a 28% larger total energy supply in 2040, according to the Energy Information Agency. 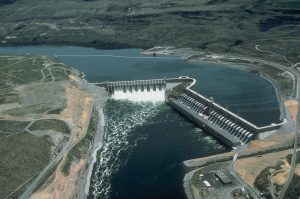 Fossil fuels (as well as nuclear and hydroelectric power) should be embraced, not excoriated, and used with pride until energy sources just as reliable and affordable are discovered someday in the future.

It likewise makes little sense to promote biodiesel and corn ethanol while also advocating electric cars. That approach not only increases the demand for reliable, affordable electricity generation – an increasingly impossible dream if we are supposed to rely more and more on wind and solar electricity.

It exacerbates problems resulting from mandates that require blending ever more ethanol into decreasing supplies of gasoline for fewer internal combustion engines: eg, having so much ethanol in gasoline for those engines that gaskets are damaged and warrantees are voided, and fraud problems associated with RINs (Renewable Identification Numbers) used to ensure compliance with renewable fuel standards.

Plant-based fuels that enrich regional biofuel interests increasingly cause multiple other problems for refiners that provide nearly 90% of vehicle fuels: gasoline and conventional diesel. Under pressure from Big Biofuel and corn-state senators, EPA raised its 2018 biofuel requirement to 19.3 billion gallons, a huge increase from its 16.3 billion gallon mandate in 2014. That means smaller, independent refiners will be unable to blend enough ethanol into their gasoline to meet the mandate – and will have to buy RINs, at inflated and unpredictable prices, to comply artificially with the impossible blending requirement.

As the Wall Street Journal notes, Dallas-based HollyFrontier Corp. must spend over $300 million per year on RINs, forcing it freeze hiring, defer capital expenditures and investment, penalize its blue-collar workers, and transfer massive wealth from refiners to ethanol producers, who still demand more.

The absurd situation caused Senator Ted Cruz (R-TX) to copy corn-state senators on hostage taking. (They held up EPA nominees until the agency caved in on ethanol.) Mr. Cruz is preventing action on the Agriculture Department nominee who would control a lot of biofuel money, until a compromise can be worked out between biofuel and conventional petroleum fuels. He secured a meeting but so far no deal.

Under fascist-style socialism, the government doesn’t own companies outright; it merely decrees how they must operate, what they must produce, who pays and who benefits. That’s where U.S. biofuel policies have taken America’s energy sector. It’s time to reform these policies – to reflect today’s economic, climate, oil depletion and oil import realities – and set a time certain for ethanol and biofuel mandates to expire. Let real free enterprise operate, instead of crony-corporatist government decrees.

Paul Driessen is senior policy analyst for the Committee For A Constructive Tomorrow (www.CFACT.org) and author of books and articles on climate, natural resource and environmental policy.