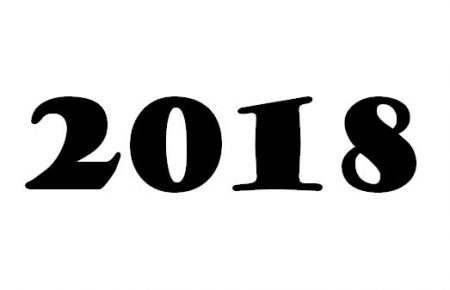 (Dec. 31, 2017) — “Good evening, ladies and gentlemen, and welcome to Pulse of the Nation, the info-news show that’s the talk at the water cooler tomorrow morning. Hello, I’m Mr. Roving and I’ll be your host for tonight’s show. Our so-ever-very benevolent editor has taken pity on the ‘Pulse’ crew and sent us down to sunny, but not-so-warm, Florida, but 47 above is a lot more comfortable than anything below. For you regular viewers, you know where we are: at Madam Shylock’s door in Cassadaga, Florida, about to hear her predictions for the New Year. Anybody home? Roving and crew here, you got the time to see us?”

“Hello, Roving and crew. I heard you as soon as you pulled up in your rent-a-van. Yes, I’ve got the time but most people call and make an appointment, did you know that? Civilized people. Let’s see the money, if you don’t mind me asking. In advance.”

“You ever give coupons?”

“I see doom and catastrophes all over.”

“I see a pay raise for you and your crew.”

“A lost love will call you. You’ll find some money, so play the LOTTO. The stock market will be very good for you, but then again, maybe not. Tell you what, for an even thousand I’ll give you the whole package, from India to San Francisco. Oh, thank you; just give me a sec while I cancel the next appointment.”

“All seated and comfy? Good. The Federal Reserve will dodge another audit. There’ll be no accountants poring over where the Stimulus Money disappeared to, certainly not for any jobs that Obama promised.”

“What about the Democratic Party?”

“If you mean ‘The Socialist Party of the United States, nothing; I mean, they’ll continue to target the stupids of America.”

“The Dark Horse of the equation. The question remains: who is the stronger: 200 years of the Swamp or President Trump? You know what? It comes full circle back to LTC Terry Lakin, the Army doctor who questioned Obama’s eligibility: the key to the puzzle: prove that Obama is indeed the Iranian Muslim Brotherhood plant and the whole house of cards will come tumbling down, including Hillary selling out our country for money and all the other Swamp Rats for doing the same, with the likes of Eric Holder and Lois Lerner leading the (Swamp) Rat Pack.”

“What about the senseless murders by Muslims all over the world?”

“Well, will the senseless murder rate decrease or will it be business as usual?”

“Now what do you think?”

“What do I think? I think that I just gave you a thousand dollars to learn what you think.”

“So you did. Okay, you know the answer and so does every human being on the planet Earth; those out there in outer space; all the newly-born and all those in the womb. Of course there’ll be more worldwide senseless murders by Muslims; after all, that’s exactly what they’ve been doing for the past 1,400 years. It’s what makes a Muslim a Muslim: committing senseless murders, either directly participating or directly encouraging, aiding and abetting: more criminal solicitation by every Muslim from Timbuktu to Kalamazoo.”

“So we’re to expect more Muslims running over innocent people, more beheadings, more cops shot in the back? More of this Black Lives Matter asinine behavior like Kaepernick and the other brain-challenged NFL payers (if there were ever proof of too many concussions, is that it)?”

“Look, Roving and all of you viewers watching ‘Pulse’: they (our worldwide enemy: Islam) are closer to achieving their stated goals in Europe and North America now than this time last year. Their stated goal is the introduction of Sharia Law. Pamela Geller calls it Creeping Sharia. We are NOT LOOKING GOOD, so go ahead and talk about ISIS on the run, but what about the Muslims within our government, the military and the thousands collecting Social Security Disability, Food Stamps, Welfare and everything in between, weakening America?”

“So no deporting Muslims?”

“Not a one. They use our own laws to do us in, just as the NAZIs did the Germans in. Look at our Attorney General Jeff Sessions: really now, what the heck does it take to put Hillary and all the other traitors in jail? Sessions is part of the Swamp, okay?”

“If you were a betting fortune-teller, what are our odds?”

“The ‘Pulse’ is a family show, isn’t that correct?”

“Then close your eyes and tell yourself that there’s nothing to worry about; that the United States is good for another century; and that the 4th Amendment is alive and well and isn’t it just grand that our fellow Americans refuse to submit to unreasonable searches at court houses, airports and stadiums, not to mention political events? And your time is up, Mr. Roving. Hope to see you soon. Out the door you go. Say “Hi” to the Vietnam Vet and his Talking Dog for me, please. Bye.”

“Will do. See you next time and with that, ladies and gentlemen, on behalf of the crew, I’ll be wishing you all a goodnight: Goodnight.

“Good show; I mean, if it wasn’t for the doom-and-gloom part. Let’s grab some burgers then head on back: my treat.”