“IS THERE ANY HOPE LEFT?” 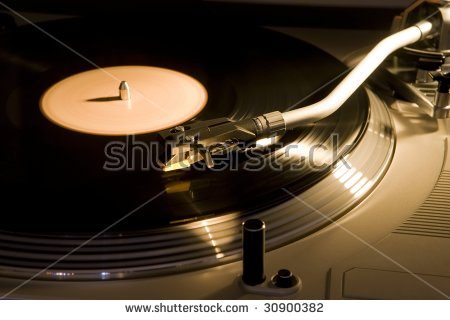 (Dec. 30, 2017) — “Good evening, ladies and gentlemen, and welcome to the show that tells the truth, so if you want to hear lies go to CNN and listen to Lindsey Graham whine about the poor little DACA kids, the illegal immigrants who really know how to game the system, to milk it all for everything they can get out of the American taxpayer, change the channel to soothe your need to feel good about yourself, because we here at ‘Pulse of the Nation’ would rather have you blindly blissful than be morose and disappointed in yourselves for believing in lies. What we usually do is stand on our street corner across from a commuter train terminal and waylay people about to go into the big city, but because it’s so doggone cold outside, we’re in the main concourse of the terminal downtown. Excuse me, sir, Roving for ‘Pulse,’ the ever-popular info-news program that’s sure to bring a smile to your face.”

“Well, how can you be so sure to bring a smile to my face? What are you, some kind of pervert? Why do you care about smiles anyway? You can’t, like, do anything with them, now can you?”

“Let me ask you this: do you always get up on the wrong side of bed every morning? Excuse us for a commercial break.”

“Why, I ought to give a black eye for that. Who are you to tell me about myself, anyway? Who gave you the right to upset people and come across as a ‘know-it-all? I’ll have you know that I’m a doctor, so I’ll have a little respect, that is, if it’s all the same to you.”

“I’m a Doctor of Spin, if you must know. Matter-of-fact, I rode the train to town so I can take the shuttle to the airport. Going to Las Vegas, I am; hired by the FBI, in case you’re interested.”

“Oh, we’re interested, that’s for sure. So what are you going to do in ‘Vegas?”

“Las Vegas, sonny. Show some respect. Apparently the FBI needs a little help on how to spin the story about the massacre, so they hired me.”

“No way. They hired you to keep any hint of the word ‘Muslim’ out of the report that’s scheduled to be released October 1, 2018, is that it?”

“Of course that’s it. You see, the government is still allowing thousands upon thousands of Muslims, oops! I mean refugees, to enter our country where they’re given apartments, Welfare, Food Stamps, money and even more money for every kid. Look, men aren’t supposed to have more than one wife in our country, right? But we allow Muslim men to have as many wives as they want who, in turn, have as many kids as they want, so it isn’t out of the realm of possibilities to have some Muslim men making $60,000 a month off of Welfare: the more kids, the bigger the check.”

“So much for assimilating, eh?”

“That’s pretty funny. ‘Muslims assimilating’ is a myth sponsored by none other than the Department of Homeland Security*. That’s like having Hamas in charge of elementary school security in Israel. Nice talking with you but there’s the shuttle pulling up to the curb. Bye.”

“’Doctor of Spin’: I never would’ve believed it: FBI Spin Doctor. I’d say an Indian Chief trumps ‘Spin Doctor’ any day of the week. Excuse us while we take a commercial break.”

“We’re back. Excuse me, Miss, care to be interviewed on live TV?”

“Oh, my, oh, my, if it isn’t Mr. Roving. Cat and I watch your show; I like that fortuneteller from Florida. My name is Alice so what’s the question of the day?”

“How about what do you do for a living?”

“I’m one of the many city accountants in the ‘What’s Wrong with this Picture Division’ that we refer to as ‘DAM,’ which is short for ‘Don’t Ask Me.’”

“You’re serious? For real? You actually work for the city?”

“Not really: I work for the county. Look, here’s what I do all day: remember that there was once upon a time when people would buy a house and raise a family? They would buy the house, and work, so by the time they retired the house would be paid off and they would spend the rest of their lives in the same house and same neighborhood that they lived in all their lives, right? It made for stability. No shopping malls, banks and gas stations popping up all over.

“You see, back then, back in the 1940’s and 1950’s, the world was a much more stable place. Oh, sure, the Russians had The Bomb, but so did we and we knew they wouldn’t be so stupid as doing a first strike, just as they knew we wouldn’t. It was a time when the immigration laws were enforced, too. And taxes were stable: you could count on affording to live in your house after retirement. As I said, if you want a stable community you’ve got to have a cross-section of ages: old folks living next door to newlyweds just starting a family.

“But that all went by the wayside once taxes went sky-high. So people buy a house, work all of their lives to get it paid off and as soon as they retire they’re forced to sell it and move away. Doesn’t make a lick of sense, because what happens is the cohesion of the community disappears; the glue: the generational human contact was destroyed as soon as the taxes went higher than the retirees could afford.

“By the way, some say it was all orchestrated by design, as the John Birch Society used to preach; others say it was plain and simple greed that killed the Golden Goose; but whatever it was they sure did kill it, and for good. My job is to try and get it back on track, but as long as the taxes go up, the chance of my being successful at my job goes down.”

“Gee, I’m sorry to hear that. Is there any hope left, any hope at all?”

“Not a chance. People are just too darn stupid to try and talk sense to and reason with. Fact is, it’s a broken record and they don’t want to fix it; I’ve tried to explain it to them but nobody listens anymore. Now, I have to run along to work; nice to have talked with you. Next time you see Madam Shylock, say “Hi” for me.”

“Will do and goodbye. Well, folks, that just about does it and so, on behalf of the crew, I’ll be wishing you all a goodnight: Goodnight.

“Sad story about the neighborhoods, isn’t it? So mankind lives for millions of years and hasn’t figured it out yet, except to get it wrong. It’s amazing we’ve lasted as long as we have. Let’s say we grab a burger: my treat.”

[*Department of Homeland Security: I call the DHS for what it is: Muslim Relocating Services.]