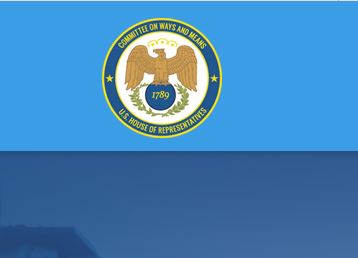 (Dec. 26, 2017) — “Good evening, ladies and gentlemen, and a hearty welcome to the ‘Missing Shoe Awards Ceremony,’ the gala event of the year where stupid is rewarded, believe it or not. From what I have gathered, the department itself isn’t necessarily the recipient of the award but rather the person who thought up the idea in the first place. To garner the straight skinny and explain it all a lot better than I ever could, with me here is Jan Lomax, the head spokesperson for the State.

“Welcome to the show, Jan, glad to have you.”

“Pleasure to be on ‘Pulse,’ Roving, and welcome to the event of the year where the incompetents and the worthless are honored for their colossal waste of the taxpayers’ money.”

“Okay, walk us through the process, if that’s at all possible.”

“Excuse me for being confused, but did you say ‘gopher?’ And at first you said ‘saved’ and then you said ‘would’ve.’ So what is it? It can’t be both; we save or don’t save.”

“We don’t and we do. Oh, look, here comes Senator McRoy, the chairman of the ‘Ways and Means Committee,’ the powerhouse of the Congress. Excuse me, Senator McRoy, here’s Roving from ‘Pulse.’”

“Hi, Jan, and hello, Mr. Roving; enjoy the show. I had you on in the office so I can answer your question in a heartbeat. You see, we have what is called a ‘Discretionary Fund,’ which is how we hide money. It’s really very simple: let’s say we want to make a department look good by saving the taxpayers’ hard-earned money, so we just do like what you’re talking about: eliminate here and add there, understand? Look, I’ve got things to do like look at a lakeshore house. Bye.”

“One more question, please. So how’s it all work?”

“I’ll make it quick: let’s say a new street sign is going up; maybe it’s a new street or, more likely, the old sign was hit by a drunk or drug-impaired driver; maybe the driver was mentally impaired from marijuana. About an hour or so before the street sign repair crew arrives, we send out the photo crew so they can set up properly; you know, deal with variables such as sound and lighting; camera lens and angle, that sort of thing. So the camera is all ready and here comes the street sign crew, who are filmed, arriving and completing the job. Are you following?”

“Camera crew set; new street sign going in: got it. Excuse us while we take a commercial break.”

“Good. So the street sign gets installed; the crew leaves and the photographer, sometimes referred to as the cinema photographer, packs it up and here we are.”

“Then I’ll just have to spell it out for you, which is why professional politicians don’t like to deal with the public. Look, this ‘Missing Shoe Awards Ceremony’ is a FILM FESTIVAL sponsored by the ‘Department of Dawdle,’ otherwise known as ‘The Ways and Means Committee.’ Now do you understand?”

“Is this like ‘How many are leaning on shovels’ sort of thing?”

“You do understand! Good for you and I’m out of here.”

“And off goes the senator, the chairman of the ‘Ways and Means Committee,’ the most powerful man in Congress; the controller of the ‘purse strings’ of the government. What now, Jan?”

“What now, Mr. Roving, is we go on in and review short films of government employees just standing around and doing nothing. Last year’s winner was from the ‘Department of Motor Vehicles; License Plate Division;’ do you believe that?”

“After what I just learned, Miss Lomax, I’m a true believer in government dawdle, and that’ll do it for tonight’s broadcast. Thanks for watching: Goodnight, or almost goodnight after this commercial.”

“Look, there are perhaps as much as 10% of government employees who are honest and dedicated employees of we, the taxpayers, and to those people I say a warm thank you for being the upstanding and good people that you are.

“How you can work with co-workers who are liars/lazy/Obama lovers/Hillary/Sanders/Pocahontas and Socialist bureaucrats is beyond me, but you do your jobs just the same and, for that alone, you deserve our respect. You know who you are and we’re all glad to have you: it’s just too bad that the whistle blower laws aren’t executed as intended, which brings us full circle to the idiot and corrupt judges on the benches all around our country. And now for the final, and last: Goodnight.”