“THE TREACHEROUS INSINUATION OF FOREIGN INFLUENCE” 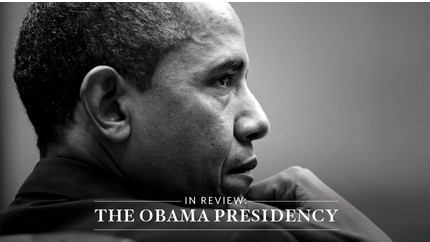 (Dec. 26, 2017) — So, all you defenders of Barack Hussein Obama’s purported constitutional eligibility to have served as the nation’s president… how do you feel now?  And by that, I mean how do you explain your support for BHO now that it appears that your vaunted “Hawaiian-born” [sic] former chief executive seems to have been involved in direct efforts to subvert the criminal investigation and prosecution here in the United States of that peace-loving organization Hezbollah in order to facilitate his cherished Iran nuclear deal?

Oh, sorry… my bad… very few Obots read The P&E.  Too insightful and accurate for their limited intellect.

As broken by the not-so-conservative website Politico.com, there now appears to be a rising tide of evidence that the Obama Administration actively “colluded” with Iran in order to frustrate and ultimately kill an ongoing criminal investigation of Hezbollah involving drug trafficking in the United States, money laundering worldwide and weapons trafficking.  Why?  Well, in order to ease entry into the treasonous Iran nuclear “deal” then being pursued by the Usurper-in-Chief.

The Wall Street Journal chimed in that the Obama regime (in fairness, the WSJ used the clinical, but altogether inaccurate and misleading term “Administration”… sigh…) had provided a “Pass for Hezbollah” in “tamping down” the Drug Enforcement Administration’s “Project Cassandra.”  All for the end result that the mullahs in Teheran would be pacified and not become “anxious” that completion of the utterly stupid and dangerous Iran nuclear deal might be jeopardized.  The WSJ ended its editorial with the sage observation that “this warrants a congressional investigation.”  Duh.

Message to the Obots out there, both of you who read The P&E: this situation is precisely why the Founding Fathers – those XY chromosome beings who drafted and signed the U.S. Constitution – specified that only a “natural born citizen” should ever be eligible to serve as president.  Otherwise, the potential for the treacherous insinuation of foreign influence into the office would be heightened, a peril which the Founders sought to completely eliminate.

And that, Virginia, is why Art. 2, § 1, Cl. 5 of the Constitution exists.  As understood by the Founders, one could be a natural born citizen only if born in the United States to a mother and father – also known as “parents” – who were both at the time of birth already U.S. citizens, the misleading “products” of the Congressional Research Service and the pontifications of respected constitutional “scholars” aside.

There is a mountain of direct and anecdotal evidence that Barack Hussein Obama is not now, was not in 2008 or 2012 and will not be at any time in the future a “natural born citizen” as contemplated by the Founders.  It is amusing that Obama once “taught” constitutional law, but seemingly without understanding the “Constitution.”  Sad, but oh-so-Machiavellian.

As proof of the validity of the Founders’ concerns about eligibility to the office of the president being strictly confined to a “natural born citizen” as they understood the term, one need look no farther than the efforts of the Obama regime to crush a federal DEA investigation into an organization engaged in hyper-felonious activities here and whose favorite chant is “Death to America.”

Of Eligibility and Project Cassandra, R.I.P. added on Tuesday, December 26, 2017

8 Responses to "Of Eligibility and Project Cassandra, R.I.P."