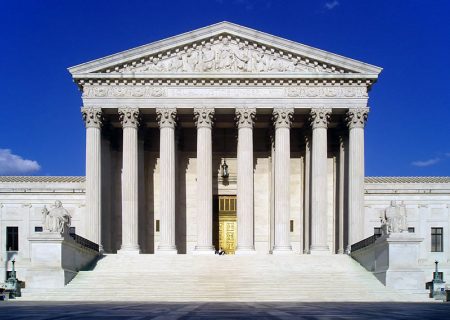 (Dec. 7, 2017) — [Editor’s Note: The document contained in the link below is a request from Second Amendment/Federalism petitioner Nicholas E. Purpura to the U.S. Supreme Court regarding his case, 17-280, for a rehearing given that he believes the members of the court never received his original petition before rejecting it.

The action, styled Purpura v. Christie, et al, arose from New Jersey’s restrictive firearms laws which require all pistol permit applicants to demonstrate a “justifiable need” in order to be approved. Purpura maintains that Gov. Chris Christie, the New Jersey legislature, New Jersey law enforcement, and the courts are participating in a RICO scheme to deprive state citizens of their Second Amendment right to bear arms.

Purpura has maintained that his case is more about “federalism” than the Second Amendment and that issues concerning the latter have already been decided in his favor by the nation’s highest judicial body.

Beginning with the U.S. District Court for the District of New Jersey in Trenton in May 2016, the case was appealed to the Third Circuit Court of Appeals and ultimately to the high court, which assigned it a docket number in August.

Purpura’s appeal to the court begins:

My Brief, clearly and with great detail and reference, charges the Defendants in this case with arrogant disrespect for this Supreme Court, which has declared de facto Administrative Law to be “no law at all” and “unconstitutional”.

I understand the awesome responsibility which continuously burdens this Honorable Court.  The protection against both direct and indirect attacks on our Constitution must always take precedent and be the ultimate consideration.  Mainly for that reason, but for the integrity of the judiciary as well, it is imperative that the incontrovertible evidence provided in my legal presentations  receive consideration.  At the heart of this legal action lies many assaults, specifically on the 2nd, 5th , & 9th, Amendments. Activity which clearly warranted a RICO action, pursuant to 42 U.S.C. 1985, and civil rights statute 1983.