The Humanitarian Hoax of George Soros: Killing America With Kindness

“THE MAN BEHIND THE CURTAIN” 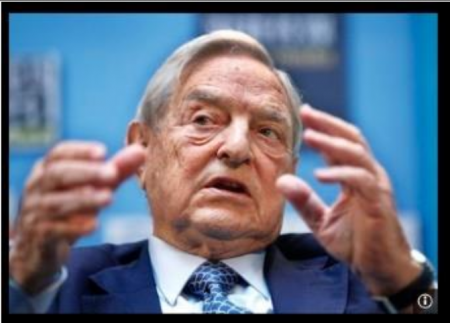 (Nov. 6, 2017) — The Humanitarian Hoax is a deliberate and deceitful tactic of presenting a destructive policy as altruistic. The humanitarian huckster presents himself as a compassionate advocate when in fact he is the disguised enemy.

Billionaire George Soros is the quintessential humanitarian huckster. He is the man behind the curtain who finances the radical left-wing liberal agenda of the Democrat Party in the United States through his disingenuous Open Society Foundation (OSF). Money buys political influence and George Soros has a lot of money to spread around. This is the way it works.

The Open Society Foundation funnels money into hundreds of smaller organizations with deceptively positive names like:

One must enter the world of deception to fully understand what these organizations actually do. It is essential to remember that an organization with a humanitarian name does not make it a humanitarian organization. The primary focus of Soros’ Open Society Foundation and its funding goals is to destroy American democracy and replace it with socialism, the long-term ambition being an internationalized globalized one-world government that globalist elites like Soros rule.

Soros’ Open Society was named after Viennese philosopher Karl Popper’s 1945 book The Open Society and Its Enemies. Popper believed that open societies possessed moral codes based on universal principles that benefited all mankind. Open societies recognized no ultimate truths and particularly disdained any society claiming superior cultural norms. Popper criticized the American confidence in its Declaration of Independence that boldly states, “We hold these truths to be self-evident.” Soros considered Popper’s greatest philosophical contribution to be his insistence that “the ultimate truth remains permanently beyond our reach.”

Popper’s philosophy is the very convenient foundation for the Leftist tenets of political correctness, moral relativism, and historical revisionism. The Soros/Popper philosophy denies objective reality (facts) and substitutes subjective reality (opinion). For Popper and Soros fact and fiction are equivalent because without factual certainty everything is a matter of opinion. The hypocrisy of Popper’s philosophy is exposed when he acknowledges that there are limits to tolerance. In Open Societies and Its Enemies he argues that unlimited tolerance must lead to the disappearance of tolerance. He claims, in the name of tolerance, the right not to tolerate the intolerant. Another hypocritical convenience for the elitists who intend to rule this utopia of harmonious existence. More about that later.

So what does it all mean?

For a theoretical philosopher it means that the ideal society (subjective reality) is a world without borders, national sovereignty, laws – a world of tolerance, harmony, income equality, and social justice. It is the idealized unified world romanticized in John Lennon’s lyrics “Imagine.” But Popper exposes the fallacy of his argument when he makes an exception for not tolerating the intolerant in his ideal society. Apparently the self-destructiveness of tolerating the intolerant is an ultimate truth that is not beyond our reach. OOPS! It appears that Popper makes convenient exceptions to his own rule.

For a practicing profiteer like George Soros the idealized society as described by Popper is a world without borders or national sovereignty that offers a lucrative unrestricted global marketplace. The actual factual certainty of a world without borders or national sovereignty is a world of chaos (objective reality) – precisely what is required to destabilize governments and collapse prices so that Soros can buy the country’s assets on the cheap. Social chaos is an extraordinary opportunity for exploitation by profiteers like Soros.

Soros is unapologetic about his desire to change the world and particularly America according to his vision of social justice. Like Obama, the reality of George Soros’ vision of change is disguised by misleading descriptions of his “philanthropy.” Soros’ stated ambition to be the conscience of the world by using his charitable foundations is sociopathic considering the reality of his OSF and its attempts to destabilize America. For a profiteering megalomaniac the goal is power and control and George Soros is arguably the world’s most successful manipulator on the world stage – he is the great pretender. This is how the Soros humanitarian hoax works. 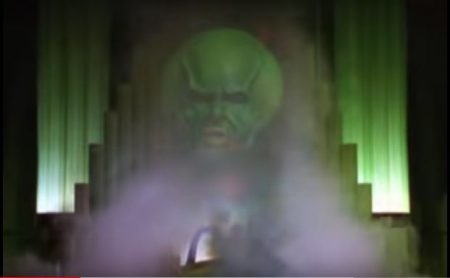 Soros is a heavy contributor to liberal mainstream media outlets. Media outlets disseminating fake news deliberately manipulates public opinion and, therefore, public behavior. If Soros wants to drive stock prices down his television lackeys ominously predict a serious downturn and the public predictably responds with panic-selling – the false prediction of a downturn results in a real downturn (reflexivity) and Soros goes on a buying spree. When stock prices return to their appropriate levels George sells the stock and makes millions more to finance the ambitions of his deceitful leftist Open Society Foundation.

The same principle of reflexivity applies in society where the staggering power of the media to manipulate public opinion and behavioral responses becomes clear. Consider the media coverage of left-wing causes like Black Lives Matter, LGBT organizations, open-border immigration activists, and anti-Israel groups including CAIR, Muslim Brotherhood, Muslim Advocates, and the Arab American Association of New York. Soros’ donations to these causes are marketed as humanitarian but their purpose is creating social chaos. Social chaos and instability is exactly what the globalist vulture George Soros wants and he is masterful at disguising his will to power in “humanitarian” labels.

Islamists call it taqiyyah – lying in the service of Islam. Multiple Islamic “charitable” organizations with humanitarian sounding names (see above) are funneling money to terrorist organizations. There is no equivalent word in the English language for this deliberate deception so I have coined the new word Alinskiyya – lying in the service of socialism. The Arab world is familiar with taqiyya because it is a tactic that is encouraged to promote Islam. The West has never had an equivalent word because the Enlightenment did not teach deception – it taught truth, freedom, pluralism, and the free exchange of ideas to debate the relative merits of an issue.

Soros is the man behind the curtain who believes it is his mission to be King.

One Response to "The Humanitarian Hoax of George Soros: Killing America With Kindness"