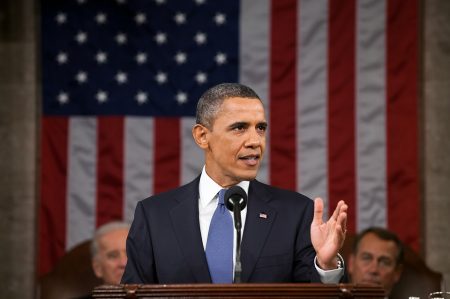 (Oct. 12, 2017) — The Humanitarian Hoax is a deliberate and deceitful tactic of presenting a destructive policy as altruistic. The humanitarian huckster presents himself as a compassionate advocate when in fact he is the disguised enemy.

Obama, the humanitarian huckster-in-chief, weakened the United States for eight years, presenting his crippling community organizing tactics and strategies as altruistic when in fact they were designed for destruction. His legacy, the Leftist Democratic Party and its ongoing “resistance” movement, is the party of the Humanitarian Hoax attempting to destroy American democracy from within and replace it with socialism.

In May 1966, The Nation published an article written by Alinsky’s contemporaries, Columbia sociologists Richard Cloward and Frances Piven. “The Weight of the Poor: A Strategy to End Poverty” described the tactics necessary to destroy capitalism by overloading the government bureaucracy with unsustainable demands that push society into social chaos and economic collapse. Cloward and Piven took a termite approach to destruction that collapses structures from the inside out. They specifically targeted the U.S. public welfare system to instigate a crisis that would collapse welfare and replace it with a system of guaranteed annual income.

David Horowitz explains that Alinsky and his followers deliberately “organize their power bases without naming the end game, without declaring a specific future they want to achieve – socialism, communism, or anarchy. Without committing themselves to concrete principles or a specific future they organize exclusively to build a power base which they can use to destroy the existing society and its economic system.” David Horowitz has identified the humanitarian hoax of community organizing with great precision.

The Cloward-Piven Strategy used poverty as the weapon of destruction that would collapse America and replace the government with their idealized totalitarian Marxist model. They succeeded in bankrupting New York City for a time, but there was not enough pressure to destroy the economy of the country. Supplying additional pressure required Barack Obama’s particular skill set.

The Cloward-Piven experiment in New York City revealed the weakness of their strategy. Community organizing provided insufficient economic pressure – success required ideological politicians and a colluding media willing to disinform the public to be successful. Twenty-first-century politics has embraced the expanded three-step Cloward-Piven Strategy which includes gun control advocacy to eliminate any serious resistance to the effort.

Step 1 – Politicians must overburden governmental/social institutions to the breaking point.

Step 3 – Politicians must disarm the public so that they cannot oppose the leftist totalitarian state that will follow. 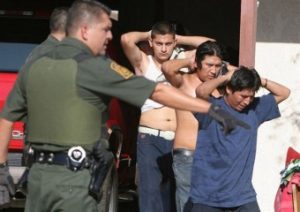 Illegal immigration, the ascendance of Black Lives Matter (BLM), and the hysterical screams for gun control are the current weapons being used by the Left and reported dishonestly by the colluding mainstream media in their ongoing attempt to destroy American democracy. The Second Amendment, guaranteeing the right to bear arms, was designed to balance the power of an armed federal government and prevent tyranny. Disarming the American people destroys this balance and awards the government complete control.

Cloward and Piven thought locally – the politicians of today think globally. The globalist elite fully support the Left’s expanded Cloward-Piven termite strategy to destroy American democracy and replace it with socialism. Why? Because socialism, with its complete government control, is the prerequisite social structure for the globalist elite to internationalize the countries, internationalize the police force, and impose enforced one-world government.

The Left are the useful idiots of the globalist elite who simply needed to add their own fourth step to the expanded Cloward-Piven Strategy:

Step 4 – Internationalize the totalitarian states into their new world order of one-world government that they themselves rule.

One-world government is the overarching goal and the underlying motive to destroy America from within. It was described in unapologetic detail 65 years ago by English aristocrat Lord Bertrand Russell in his stunning book The Impact of Science on Society. American democracy is the single greatest existential threat to one-world government and President Donald Trump is America’s leader. The globalist elite are desperate to stop President Trump because if Obama is exposed as the termite king it leaves them without their prime-time huckster to continue marching America toward anarchy and social chaos with his “resistance” movement.

If the globalist elite’s deceitful efforts are successful, after 241 years of American freedom the world will be returned to the dystopian existence of masters and slaves because a willfully blind American public was seduced by Barack Obama, the quintessential community organizer, deceitfully promising hope and change for America. The Humanitarian Hoax of the termite king will have succeeded in killing America with “kindness.”