EVEN IF BORN TO AMERICAN CITIZENS 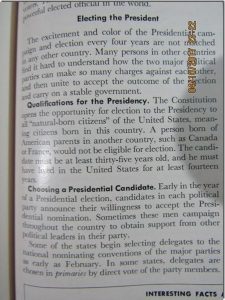 (Oct. 12, 2017) — On Monday, P&E reader “Bob68” submitted a comment in response to an article about a presidential eligibility lawsuit in which he stated that the 1958 edition of the World Book Encyclopedia contends that an individual born outside of the U.S. does not qualify as a “natural born Citizen.”

World Book was first published 100 years ago and continues to publish a new volume virtually every year from its headquarters in downtown Chicago.  Its 2018 edition contains 22 volumes.

Of its work over the years, the company states:

World Book combines technology with traditional editorial excellence to produce authoritative, trustworthy and unbiased information. The content is carefully curated and meticulously written to be easily understood. World Book publications help to build fluency and increase comprehension. Illustrated with attention-grabbing photos, useful diagrams and maps, the books are designed to engage even the most reluctant reader. This collection of resources kindles a lifelong learning habit for every reader. World Book’s adherence to clarity, currency and accuracy make World Book’s print offerings an information necessity in the classroom, library and beyond.

The article, “Cruz Attorney Calls Eligibility Appeal ‘Birther’ Challenge,” detailed developments in a lawsuit filed in the state of New York by Robert C. Laity alleging that Sen. Ted Cruz, Sen. Marco Rubio, and former Louisiana Gov. Bobby Jindal do not qualify as “natural born Citizens” and should not have had their names placed on the New York State Republican primary ballot early last year.

Cruz, who was born in Calgary, Alberta, Canada, is represented in the matter by Atty. Daniel M. Sullivan, who advocated the dismissal of the case on the grounds of its being “moot” while also suggesting that the underlying question of his client’s eligibility for the presidency is a non-issue.

As The Post & Email reported, Sullivan used the pejorative “birther” to describe Laity’s challenge of his client’s eligibility, a term which came to prominence during the 2008 presidential campaign as doubts arose about Barack Hussein Obama’s eligibility as a “natural born Citizen.”

The exact meaning of the constitutional requirement has been extensively debated in modern history by those who have questioned the eligibility of Obama, Cruz, Sen. John McCain, Rubio, Jindal, the late George Romney, former Connecticut Gov. Lowell P. Weicker, and the late Sen. Barry Goldwater for a variety of reasons.

Serving two terms in the Oval Office, Barack Hussein Obama is said to have been born in Honolulu, HI to a U.S.-citizen mother and British-citizen father. In June 2008, an image was released on the Internet alleged to be his Certification of Life Birth, or “short-form” birth certificate from the Hawaii Department of Health (HDOH).

Contrary to a number of media reports, the Department never issued a statement affirming that the image represented a paper document generated within their office, and a number of graphics experts claimed it to be fraudulent.

On April 27, 2011, facing increasing vocal pressure from then-businessman Donald Trump, the White House released what it claimed was a scan of a certified copy of Obama’s “long-form” birth certificate released by the HDOH in response to Obama’s written request.

Within 48 hours, the long-form birth certificate image was declared fraudulent by recognized experts in the field of computer graphics and Internet “engineering.”

In August 2011, the Maricopa County Sheriff’s Office (MCSO) approved the launch of a criminal investigation into the origins of the image culminating in a five-year investigation and the concurring opinions of two forensic analysts that the image cannot be considered authentic.

In his comment, Bob68 cited the World Book entry as:

Qualifications for the Presidency. The Constitution opens the opportunity for election to the presidency to all “natural-born citizens” of the United States, meaning citizens born in this Country. A person born of American parents in another Country, such as Canada or France, would not be eligible for election. The candidate must be at least 35 years old, and must have lived in the United States for at least 14 years.

Later on Monday, The Post & Email contacted Bob68 by email and asked if he was in possession of the encyclopedia or of photos of the referenced page, to which he responded:

About 6 months ago while visiting friends about 160 miles from where I now live, I noticed they had an old set of encyclopedias. I found what you see below in the “P” volume.
I ask about taking the book home….we did and we put these photos on my computer. We have since returned the book to her. I do not have a good copy of that page because the information was near the center of the book and I didn’t want to ruin the old, ( and in excellent condition), book trying to press it down hard and get a good copy. 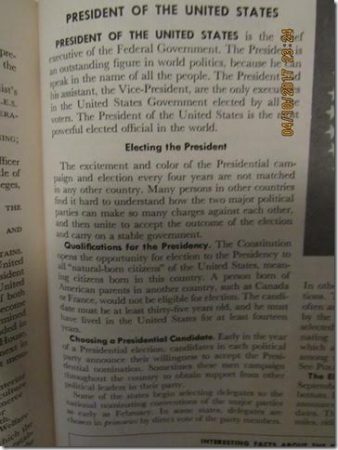 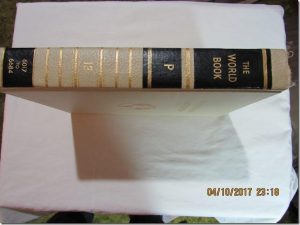 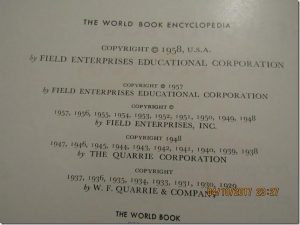 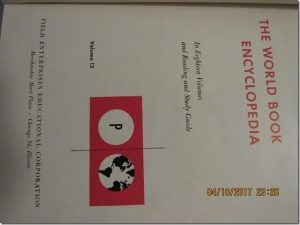 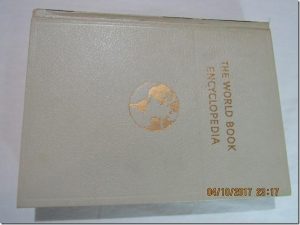 Less than two weeks before Cruz’s declaration of presidential candidacy in March 2015, former U.S. Solicitors General Neal Katyal and Paul Clement wrote an essay published in the Harvard Law Review in which they contended that it was preposterous to think that the Founding Fathers would have excluded Cruz from presidential eligibility. The second paragraph of their essay states:

The Constitution directly addresses the minimum qualifications necessary to serve as President. In addition to requiring thirty-five years of age and fourteen years of residency, the Constitution limits the presidency to “a natural born Citizen.”1. U.S. Const. art. II, § 1, cl. 5. All the sources routinely used to interpret the Constitution confirm that the phrase “natural born Citizen” has a specific meaning: namely, someone who was a U.S. citizen at birth with no need to go through a naturalization proceeding at some later time. And Congress has made equally clear from the time of the framing of the Constitution to the current day that, subject to certain residency requirements on the parents, someone born to a U.S. citizen parent generally becomes a U.S. citizen without regard to whether the birth takes place in Canada, the Canal Zone, or the continental United States.

The writers’ argument contends that only one U.S.-citizen parent is necessary to bequeath that status to a child, which is accurate, but only as of May 24, 1934. At that time, a change to federal immigration law permitted a mother to pass U.S. citizenship to her child born outside of the country to take effect, although with a residency caveat.

An immigration law firm summarizes the change in the statute as:

During the primary season, Cruz relied on the 1790 Naturalization Act passed by the first Congress which stated that children born abroad to U.S. citizens were “natural born Citizens.” However, he did not reveal that five years later, the Act was repealed and the “natural born Citizen” provision removed.

The proviso that “the right of citizenship shall not descend to persons, whose fathers have never been resident of the United States” remained intact in the 1795 statute.

Like Cruz, Katyal and Clement failed to mention the repeal of the 1790 Act.

In contrast, the Framers’ requirements for U.S. senators and representatives involved respective residency requirements shorter than that of the president and that they be simply “a Citizen.”

In March 2016, the now-adult child of two “natural born” U.S. citizen parents born in Germany while his father served in the Army told The Post & Email that he understood throughout his life that although there was no question about his U.S. citizenship, he could not claim to be “natural born.”

Cruz plans to seek a second term in the Senate next fall but has shown no documentation that he possesses any form of U.S. citizenship, whether it be derivative, at birth or through naturalization.

Although Cruz and Obama have both been identified as “an immigrant” to the United States, and Katyal and Clement say that a “naturalized citizen cannot serve,” Cruz and Obama each claimed eligibility as a “natural born Citizen.”

1958 World Book Encyclopedia: A Person Born Outside the U.S. Cannot be President added on Thursday, October 12, 2017

9 Responses to "1958 World Book Encyclopedia: A Person Born Outside the U.S. Cannot be President"