A Generation of Whiners (RR)

A “RAW DEAL,” OR SELF-INFLICTED WOUNDS? 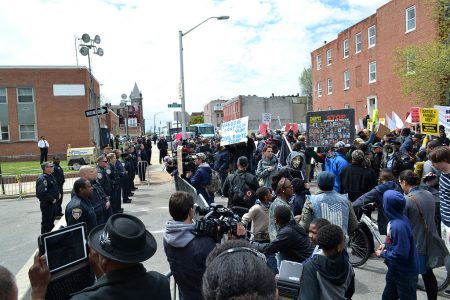 (Sep. 25, 2017) — “Good evening, ladies and gentlemen, and welcome to ‘The Pulse of the Nation,’ the show that just lays it out. Hello, my name is Roving and I just got a call from a friend that needs a helping hand, so I’ll be turning the show over to Chief New Leaf after this commercial break.”

“How, folks, the Chief here to conduct street interviews. You, there, me Chief Leaf; what are your concerns? You step over here.”

“Are you kidding? No way; how do I know you won’t scalp me like a Muslim beheading someone?”

“Look, if I was on the warpath you’d be dead already, okay?”

“You got me there. So what happened to Roving? I watch his show, you know; the dog and I.”

“Good for you to have dog. Dog man’s best friend, and I ought to know: had a wife who cheated on me and acted upset when I left. I called the Academy Awards office and told them all about it but they said they had that year’s nominees already; try again next year.”

“Not about the cheating wife. I never witnessed such disgraceful behavior, even tops hearing sailors’ sob stories about how they have to have liberty or leave to go home, and I heard some great ones: ‘mother on deathbed calling for her son’ was tied with ‘grandmother on deathbed calling for her grandson’; then father dying but I always checked those out. And you know what? Many times it was the family dog on its last legs and to ‘get here as quick as you can’: those I approved.”

“I don’t know about the ‘lover’ part; dog part of life: dog early warning sentry; defender against bear; intruders; rapists; killers; good judge of character and all-around great companion. Let me ask you about these so-called ‘defenders,’ such as ‘Black Lives Matter?’”

“You want the truth or are you going to edit the heck out of my answer?”

“Just answer the question after the break.”

“Okay, I will. If there’s anyone in the United States who got a raw deal it was the American Indian. Just look: we just can’t say ‘Indian’ for possible mistake of referencing those from India; we have to adverb the noun by saying ‘American Indian;’ did I say that right?”

“Right enough. We get your point. Anything else?”

“Matter of fact, there is. Look, first of all there’s exceptions to every rule, but to go out there and burn your own city to the ground is pretty stupid, as they did on prime-time television burning businesses and stealing cars in Baltimore.”

“While the mayor and the cops just watched it all happen. You know, all of those stupid rioters could’ve just stayed home and read a good book rather than make fools out of themselves. Like, what can one expect doing crime but get chased by the cops, arrested and sent to jail? Like it’s not news what happens, or is it?”

“Of course not. Hey, that train’s my ride. Later.”

“Later. Thank you for talking with us. This is when Roving would say his goodnight, so I’ll say it now: Goodnight.

“That was easy. The American Indian got it a lot worse than the blacks did but all we hear are the blacks whining, or at least enough of them to get our attention.  Look at St. Louis these days: most dangerous city in America, so they say. Roving gave me a voucher for burgers; well, a Ben Franklin: my treat.”