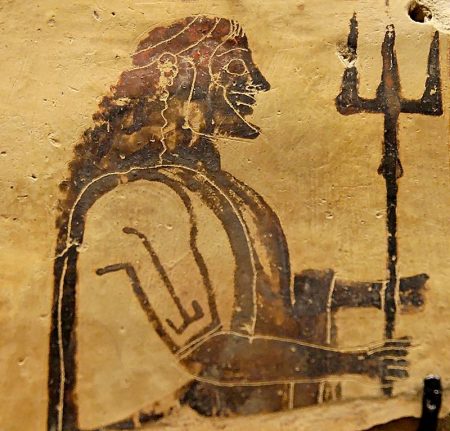 “They say he’s from Boston and some kind of yachtsman; used to race boats.”

“How about RC boats?”

“That’s right, he belonged to an RC Racing Boat Club.”

“No, his boat kept getting T-boned by other boats.”

“There’s no way I’m sleeping in the compartment tonight.”

“Me, neither. That’s no way to wake up in ice-cold sea water with a bow of a freighter trying to push the ship down to Davy Jones’s Locker.”

“Who was this Davy Jones character? Does anybody know?”

“He was that guy who kept on T-boning LTJG Johnson’s little wind-up toy boat at the yacht club, remember?”

“That’s right, and according to my calculations the Navy is due for another ten of us to be sacrificed to Poseidon.”

“How come it’s always the Navy who gets rammed by other ships? How come we don’t do the ramming? What, the Navy can only mess up one way?”

“You know the saying: ‘The right way; the wrong way; and the Navy way.’”

“That proves it, doesn’t it? The next time any of us die by getting crushed to death and drowning, at least give those guys who sleep in the front of the ship a chance.”

“Ever notice that no officers die?”

“This better be good.”

“You see, we think of all this water around us as an ocean, right? But they don’t; they think of it as just one big bathtub to play in. They get on their little ships and sail around to get points, but they can’t get points by running aground or getting T-boned.”

“They’ve been saying Trump’s speech to the UN was dark.”

“You know why that is? Because the Left views the world as a dark and sinister place and every tomorrow is just another day closer to DOOMSDAY. They’ve convinced themselves that a failed system of governing by socialism or by some sort of Totalitarian rule is preferable to the freedom that free speech embraces. I mean, we don’t want to hear people complaining, do we?”

“I got it! So the reverse is also true: if no one complains then what do we need the politicians for?”

“You know, Miller here just may have a point.”

“Count me in. I want to see what tomorrow looks like and want to live to see it. Anyone want to take a bet on not getting T-boned tonight?”

The Conversation added on Thursday, September 21, 2017