“YOU HAVE LONG PROMISED AND LITTLE DELIVERED”

by Don Fredrick, blogging at The Complete Obama Timeline, ©2017 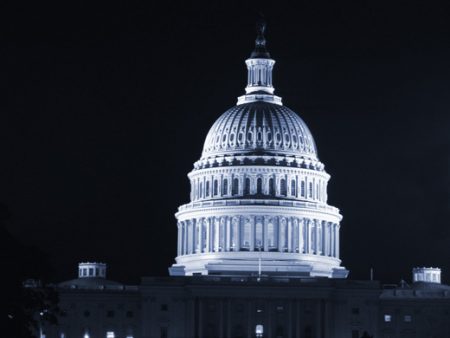 (Aug. 22, 2017) — I am old enough to remember some very good days in America’s past, the days when police officers were treated with respect; when firefighters only had to fight fires and not thugs shooting at them; when teachers could turn their backs to write on the blackboard without wondering if a student would pull a gun on them; when professors taught students how to think rather than what to think; when children grew up with two parents and all their siblings had the same parents; when cars did not have thousands of dollars’ worth of absurd safety equipment because a few idiots do not know how to drive; when a farmer could plow his field without being sued by a federal agency; when U.S. troops could fire at the enemy without first having to get permission from a Defense Department attorney thousands of miles away; when boys were boys and girls were girls; when the only people with tattoos were in the Navy; when popular songs did not contain profanity and references to prostitution and cop-killing; when people were ashamed to be on welfare, rather than eager to collect it; when merely exhaling did not result in criticism for poisoning the atmosphere; when abortion was something to be ashamed of, rather than a gender-selection procedure; when kids spent their summers outdoors rather than at video game consoles; when you did not have any idea of the politics of your favorite performer; and when people generally treated each other with respect.

Yes, I know, there was poverty and racism back then. But we still have poverty, and we have far more people receiving welfare benefits today than in the 1950s. We still have racism, but I often think it has been made worse over the last 10 years or so. I went to an elementary school with white and black children, but every black student I knew had two loving and responsible parents at home—and one of them was a father who had a job. Far too often, those children today have a mother at home, a father nowhere to be seen, and dependence on government that will probably continue through several generations. The collapse of families can be directly linked to leftist programs that, while perhaps well-intentioned, destroyed millions of lives.

As the years progressed, we have seen federal programs grow exponentially, while individual responsibility and accountability seem to have been reduced at that same rate. We have seen a Democrat Party that used to represent working people turn into a socialist-lite party, while the Republican Party has turned into a Democrat-lite party.  Millions of Americans now want nothing to do with either of those parties. Those who do not understand that also do not understand how Donald Trump got elected president.

One issue illustrates that there is little difference between the two political parties; the minimum wage. Democrats initially pushed for the national minimum wage to be increased from $7.25 per hour to $10.10 per hour. Now they demand $15.00 or, if higher, whatever the current activists call a “living wage.” They are oblivious to the fact that where individual states have increased their minimum wage to $10.00 or more, the result has been reduced employment in the restaurant industry and, not surprisingly, a transition to self-order kiosks that do not call in sick, demand vacations, talk-back to their bosses, require time-and-a-half pay for overtime, or refuse to serve police officers.

The reasonable person understands that raising the minimum wage does little but cause unemployment among the low-skilled and unskilled Americans who most need help, while boosting prices nationwide. You can raise the minimum wage all you want, but after a year or two of increased prices, the people who were poor will still be poor, the janitors will still earn less than general managers and CEOs, and everyone will be paying more for goods and services.

In more reasonable times, the Republican response to a call for an increase in the minimum wage was to argue against it and cite the many reasons why it is a bad idea. But we are not in reasonable times. The Republicans have been so bludgeoned by the Democrats and the media that they fear speaking honestly. Afraid to be called racists, anti-poor, or pro-business, the Republicans now cave in on many issues. If pressured just a little more, the Republicans will collapse and raise the minimum wage. Of course, they will agree to an amount that is less than $15.00 per hour, but they will still have given in.

The Republicans need to be reminded that there is a right and a wrong side to every issue. The minimum wage is one of them. If the Republicans agree to increase the minimum wage to, for example, $10.00 per hour, they will have accepted the wrong side of the issue—because the right side is to not raise it at all. How do they think the voters will react? When the voters see that the Republicans have capitulated on the issue, they will think, “What good is a Republican Party if it has no principles?” The voters will say, not without some justification, “Forget it. If the choice is not between sanity and insanity, but between two levels of insanity, I may as well go all in and get my $15.00 per hour! Yes, some people will lose their jobs and prices will go up, but I may as well enjoy the extra few bucks I’ll get in my paycheck before the prices increase.”

Take this same concept and extend it to ObamaCare. Thinking voters want ObamaCare repealed. Most do not want it replaced by more government interference in the economy. They want a free market in health insurance. Yet, when given a chance, the Republicans came up with an ObamaCare-lite proposal! If they are going to replace ObamaCare with another convoluted piece of legislation that does nothing to lower the cost of health insurance and health care and which also costs tens of billions of dollars per year, what is the point? Who can blame Republican voters for being frustrated, disillusioned, and angry?

That, of course, is what Obama and his demo-socialist comrades wanted all along. They knew that ObamaCare would be a disaster, a disaster that the disorganized Republicans would never have the courage to reverse or repeal. The increasing mess would lead Americans to eventually shrug their shoulders, cry uncle, and say, “I give up. Give us Medicare for all.” Just as voters will support a $15.00 Democrat-proposed minimum wage if the Republicans endorse $10.00 per hour, the voters will ultimately endorse socialized health care if the Republicans turn their backs on the free market system that made America the most productive and wealthiest nation in the world. If the politicians on both sides of the political aisle are going to hand out “free stuff,” can you blame anyone for voting for the candidate who offers more of it?

Obama, Nancy Pelosi, and Harry Reid forced down the throats of Americans a Rube Goldberg health insurance system. The Republicans absurdly believe they can remove some of the contraption on one side, add a little more on the other, patch the flimsy parts with duct tape, and then coast to reelection in 2018. No!

Many voters are at the ends of their ropes. I am one of them. If the Republican swamp creatures do not stop with their Democrat-lite proposals and actions, there is no point in voting for them. If they do not repeal ObamaCare, cut taxes, slash spending, and build a border wall to protect us, I will stay home on election day. Do not waste your time telling me, “Oh, but that will only give more power to the Democrats!” Frankly, I don’t see a lot of difference between the Democrats and many of the Republicans. (See: Collins, Susan and McCain, John.) House Speaker Paul Ryan and Senate Majority Leader Mitch McConnell have proven that they are, at best, incompetent, and, at worst, collaborators with the Democrats. I’d like to think Americans deserve better. But if we do not demand better, then we deserve more of the mediocrity we have been getting for decades.

If the Republicans are unable to remember conservative principles and rely on them to address the nation’s problems, I will not bother voting in 2018. Millions of Americans feel that way. Does that mean the Democrats might recapture the House and the Senate? Yes. Ask me if I care. When the choice is between Tweedledee and Tweedledum, I see no point in standing in line at the voting booth to pick one over the other.

With Democrats like Bernie Sanders, Elizabeth Warren, and Maxine Waters in charge, this nation will look like Venezuela in a few decades. With Republicans like we have in Congress today, it will take only a few additional years. Spare me your usual “moral imperative” language, Republican candidates. You have long promised and little delivered. Give us results in 2017, or be sent to an early retirement in November 2018.

Who Is Donald Trump?

Can It All Be A Coincidence?

What You Don’t Know About Economics Can Hurt You

Proof That Liberals Are Nuts

More Proof That Liberals Are Nuts

An Open Letter to House and Senate Republicans added on Tuesday, August 22, 2017

One Response to "An Open Letter to House and Senate Republicans"