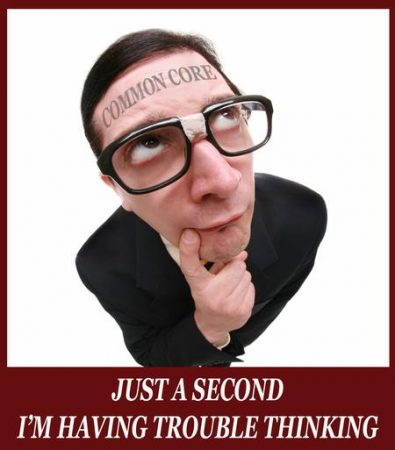 (Aug. 20, 2017) — The relentless assault on the intelligence of the American people has been going on for most of my many decades of life and without much doubt, numerous years before that. For these past more than 30 years schools have been indoctrinating our children by changing the generations long methods of teaching math and other subjects. Allowing poor grammar and misspelled words to go not just uncorrected but become acceptable are integral parts to an ultimate goal which is the creation of an unthinking, slothful and functionally ignorant society.

This is not careless stupidity on the part of “big establishment education” but an intrinsic part of a well-organized game plan. From the earliest days of child-rearing good parents always found time to work with their children by helping with homework and studies. Parental involvement was the biggest obstacle the leftist revisionists needed to deal with in order to cement in their ideological agenda. The new teaching formats which created complicated methods for solving simple problems frustrated parents who eventually would bow out of the traditional parent/child educational relationship, thereby removing themselves from not just the newly complex subjects but all of the other curriculum as well. That in turn gave the leftists a free run at brainwashing almost all publicly schooled children.

Apparently the establishment feels that their work is nearly complete. They believe that the majority of American people are now devoid of either the ability or a desire to think, comprehend or remember from one day to the next what they have seen or heard.  One would hope that this assumption of their success might be premature. It appears, however, that they are not in error with that assumption.

Here are some random but very expository examples of just how brain-dead they believe the majority of Americans to be. Proof in their minds, just how productive their plans have been.

1. They have reversed the racist history of the Democratic Party which opposed the end of slavery, voted 100% in Congress against civil right legislation and now they have convinced the victims of their educational policies that the Republicans were the slavers and the opposition to people being free.

2. They have convinced the people that every concept of ideology which is not communist or Marxist is right-wing. That includes white supremacists, anarchists, power-hungry dictators and even extremist Islamic leaders which they continuously and conveniently label as “Conservative.”

3. They are certain we believe that the left-wing ANTIFA people who showed up for a loving rally in support of togetherness wearing flak jackets, gas masks, and helmets, while wielding bats, clubs and plastic bottles of old urine, arrived on the scene with peaceful intent.

4. They know we won’t think to question why the organizer of the KKK rally in Virginia is a registered Democrat, has worked for Obama and has been connected to many destructive left-wing demonstrations but is being categorized now as right-wing.

5. Even though Donald Trump has gone on record as early as 1992 condemning David Duke and his ilk, they think we will believe he supports them, just because they say so.

6. They have altered the concept of who and what Adolf Hitler was and espouse that Nazism and fascism are right-wing. Nothing of course is further from truth. Nazi means National Socialist Party and that other 20th-Century fascist, Mussolini, was a Marxist.  Not even close to the middle, let alone right-wing.

7. They convinced, even many conservatives, that America is a democratic form of government even though our Founders despised pure democracy, calling it pure evil. For those who might be as equally (un)informed as the majority, America is not a democracy. It is a Constitutional Republic.

8. They have convinced us that blacks in this country who never were slaves are angry at white people who never owned slaves.

9. They have made us believe that leftists who demonstrate against successful hard working capitalists actually care about holding down a job or would ever consider accepting one.

10. They have convinced us that in the 5,000 years of recorded history there was no such thing as humans owning humans, until despicable America invented it.

11. They have convinced everyone that only the white devil is responsible for African slave trade. They have no knowledge of black African marauders who vanquished villages, abducted defenseless men, women and children and sold them into slavery. The unfortunate truth is, there would never have been a prolific and viable slave trade without mercenary Africans preying on other Africans.

12. They believe they have convinced the public that when our President declared all violence, all racism and all destruction of property by any who engage in those activities to be evil and unacceptable in a civilized society, that he in fact did not say it.

13. They believe that they have convinced us that if one conservative commits a violent act, that all of conservatism is evil. Conversely, when the hundreds of Islamic terrorists who have slaughtered thousands upon thousands of innocent people, burned infidels alive, stoned women to death for the crime of being raped, those Muslims have nothing to do with Islam.

Are there still enough Americans capable of rational thought? As we watch our heritage being destroyed, our culture being demeaned and our history being deleted and rewritten without much more than a whimper of opposition, we can only conclude that the left’s declaration of success may indeed not be premature.

2 Responses to "Excuse Me While I Think"