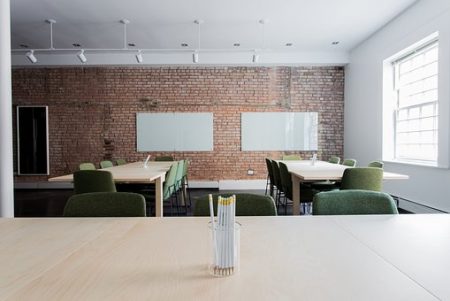 In China The Cultural Revolution, that took place from 1966 until 1976 had a stated goal: to purge capitalism and traditional culture from Chinese society. They instituted brutal labor re-education camps. In America anxious seniors are now worried about SAT scores, interviews and essays that have to demonstrate their passions for justice and human rights and a green planet and diversity. The chief question they ask is not about the price of tuition and room and board or the required courses. They want to know if they will be happy. In late summer of 2018 they will take their trunks with their Che Guevara T shirts, torn designer jeans and grungy sneakers and ingrained ignorance off to campus. And once settled into their cushy dorms, their re-education will commence. Unless they major only in science, they will learn to despise capitalism, national cultural norms, shed all gender pronouns and identity, atone for their privileges by joining all the inviting “anti” groups that rail, riot and demand recognition, avoid reading old white authors, approach every aggression and barbarism with moral relativity, read alt-history, especially about the Middle East and Palestine. They will learn that Mao Zedong of the aforementioned re-education labor camps was a progressive. – Ruth A. King

There is a Cultural Revolution taking place in America today. The stated goal: to purge capitalism and traditional American culture from society. Leftist educational curricula in schools and anti-establishment messaging via television programming (all streaming devices) deliver the dogmatic ideology of the revolution.

The Leftist re-education programming begins long before college. Preschool educational programs with fanciful characters and talking animals are not benign. Sesame Street creatures are not advocating individual growth, independence, critical thinking skills, excellence, and the merit system which support capitalism and democracy. They are advocating group-think, dependence, passivity, mediocrity, and collectivism which prepare your children for socialism. Students already indoctrinated toward collectivism enter the university re-education programs passive, unaware, and compliant. The re-education curriculum at the university reinforces their passivity and students graduate uninformed, disinformed, and misinformed with degrees in the orthodoxy of liberalism that is tyrannical in its demand for conformity.

The graduates are now credentialed “authorities” in the social sciences who become zealous members of the Leftist echo chamber that reinforces collectivism and dominates television. The left-wing liberal narrative of political correctness, moral relativism, and historical revisionism is reflected in the programming and commercials being streamed into your household and mobile devices twenty-four hours a day. Television programming and television advertising are in the business of social engineering. They are purging capitalism and traditional culture from American society. They are selling socialism.

The Leftist re-education programming presents subjective reality in televised commercials. In the real world of objective reality most families are not intermarried and every play group, luncheon, dinner table, and family picnic does not have one Asian, one white person, one black person, and one Hispanic in attendance. In the real world most couples are not homosexual, white men and women are not all idiots, and black men and women are not all judges, doctors, and lawyers. Why do television programming and commercials portray contrived fabricated scenes and plots of subjective reality instead of factual scenes and plots of objective reality to sell their products? Because they are not selling products; they are re-educating America.

The radical left-wing agenda is selling socialism. They are re-educating America on television just as the schools are re-educating America in the classroom. The unreal subjective reality of the programming is intentionally confusing and creates cognitive dissonance. Cognitive dissonance is the destabilizing state of having inconsistent thoughts, beliefs, or attitudes, especially relating to behavioral decisions and attitude changes. Cognitive dissonance creates extreme stress because people seek psychological stability and consistency. The contradictory images being televised do not comport with objective reality so they threaten and destabilize the viewer’s sense of what is real. Cognitive dissonance is the psychological equivalent of physical pain – people will do anything to stop it.

Democracy lives in the adult world of objective reality and facts. It embraces diversity that includes differences of opinion, protects freedom of speech, and insists upon individual personal responsibility. Socialism lives in the childish world of make-believe, subjective reality, diversity that excludes differences of opinion, restricts freedom of speech, and rejects personal responsibility. The Left seeks to destroy objective reality and create social chaos. WHY?

Social chaos is the prerequisite for seismic social change and the Leftists seek to destroy American democracy and replace it with socialism. How does it work?

The medium is the message. In 1964 Marshall McLuhan explained that the medium is separate from the message and has a separate social effect upon the recipient. Television is the greatest vehicle for social engineering and mass psychological indoctrination ever invented. The images on the screen become familiar and familiarity brings acceptance. The separate social effect of television (including any screening device) is that the images are accepted as reality. For children, talking animals and cartoon characters acquire authority. For older kids, adolescents, and adults, the characters in the plots become reality and their fictitious lives, no matter how anti-establishment, become normative and acceptable. The breakdown of rules, restrictions, and cultural norms appears progressive to an adolescent but is in fact extremely regressive to an adult.

The anti-establishment strategy is to present television commercials and programming that attack established cultural norms of American family, religion, and government with destabilizing images and messages creating cognitive dissonance. By destroying the three pillars of society the Left hopes to advance its agenda of socialism. The Left advertises socialism as the structure that will provide social justice, income equality, and escape from cognitive dissonance. Socialism is advertised as the stabilizing equalizing answer to your problems. Anyone who watches television commercials knows that there is little truth in advertising. Wiping a rag across the shower door does not remove the soap scum.

The truth about Leftist diversity is that it only includes people who LOOK different, not people who THINK differently. There are no conservatives invited to the luncheon or sitting at the picnic table. There is no diversity of thought. American democracy is founded on principles of equality, freedom of speech (thought), and individual rights. Socialism is collectivism and values the group over the individual. There is no social justice or income equality in socialism. In the long run socialism never works because as Margaret Thatcher said, “Eventually you run out of other people’s money.” 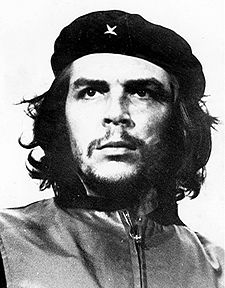 The re-educated students and television “authorities” indoctrinating America toward collectivism should go back to school and take an actual history lesson. They should read about Che Guevara and how he helped free Cubans from the Batista regime but then enslaved them under the Castro regime. Maybe they will think twice about wearing their Che t-shirts. There is no income equality in socialism – the Castro brothers lived in splendor and the Cuban people still live in poverty. The self-righteous, re-educated students should read that socialism is a stepping stone toward globalized one-world government. One-world government is the goal and underlying motive of the elite globalists who are financing the Cultural Revolution in America and fomenting the anti-establishment campaign to re-educate America.

The enthusiastic left-wing liberal lemmings committed to the re-education campaign are too arrogant to understand that they are being used as useful idiots by the globalist elite who have a different end game of their own.

The Re-Education of America added on Wednesday, August 9, 2017

2 Responses to "The Re-Education of America"