What Should Sen. Ben Sasse Have Done During the Interview with Bill Maher? 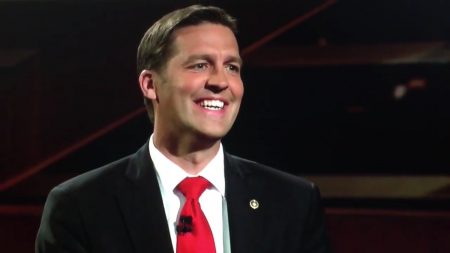 (Jun. 3, 2017) — On Friday, “comedian” and host of HBO’s “Real Time” Bill Maher hosted a number guests on his program, including Sen. Ben Sasse (R-NE) to speak about his book, “The Vanishing American Adult: Our Coming-of-Age Crisis–and How to Rebuild a Culture of Self-Reliance.”

Maher is known for his edgy style, mocking of various religions, and general “political incorrectness.”  The show is in its 15 season.

Unlike most programs today, the program is broadcast live.  His guests are often left-leaning and have included Jane Fonda, Keith Olbermann, and Democrat politicians and writers.

Sasse placed himself in the “Never Trump” category early in the primary season last year. In a Facebook post dated February 28, 2016, he stated, in part, “Mr. Trump’s relentless focus is on dividing Americans, and on tearing down rather than building back up this glorious nation…”

Sasse believes that Trump is a First Amendment opponent.

A presidential candidate who boasts about what he’ll do during his “reign” and refuses to condemn the KKK cannot lead a conservative movement in America.

If Sasse was referring to David Duke’s endorsement of Trump, he was incorrect, as Trump stressed his disavowal publicly the day after Sasse’s post.  However, that report is difficult to locate in the mainstream media.

During remarks made on Maher’s show, Sasse characterized the election as “a dumpster fire.” 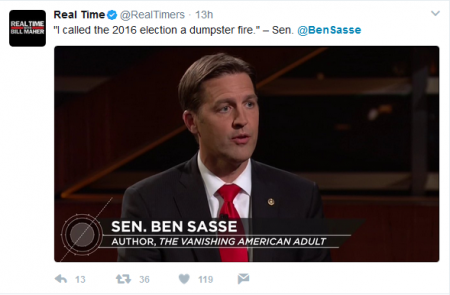 An article published last month by ABC News describing Sasse’s background and reasons for writing the book states, “In the book, the senator shares lots of ideas about how to bring up strong, principled children, including making sure they get dirt under their fingernails. In fact, he sent his 14-year-old daughter to work on a cattle ranch.”

As of this writing, there are no comments on Sasse’s Facebook page about the Maher interview. 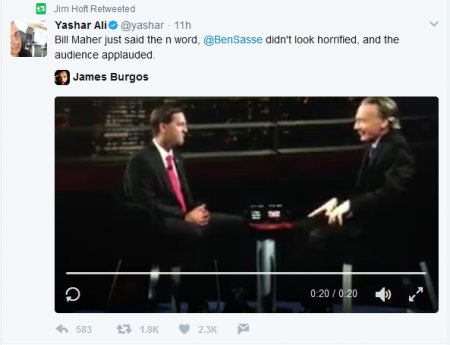 Others are wondering why Sasse did not denounce Maher’s feeble attempt at humor. 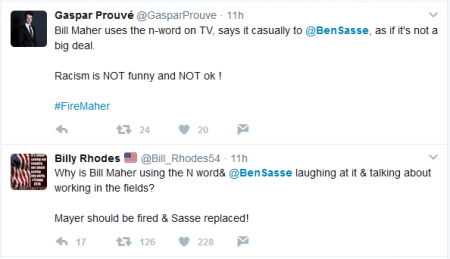 The Huffington Post attempted to make the case that Maher was “apparently confused by the invitation” Sasse issued for Maher to visit Nebraska and “work in the fields.”

Maher, however, characterized the slur as “a joke.”

The sentiment was echoed by another:

Some were not critical of Sasse:

and believe he was unfairly targeted:

One commenter called for Sasse to resign:

On Twitter, Sasse released the following in response to the interview: 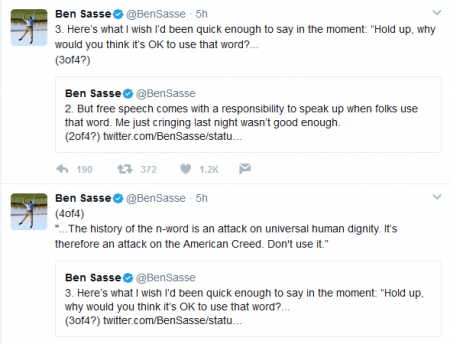 Tweets continue to fill Sasse’s timeline by the hundreds. 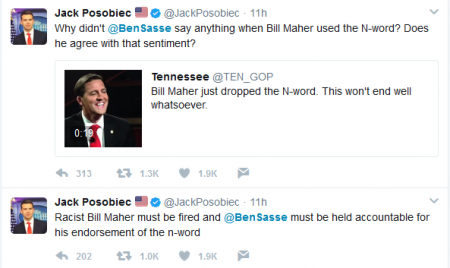 Some news outlets asked if Maher had “crossed a line” by using the slur. 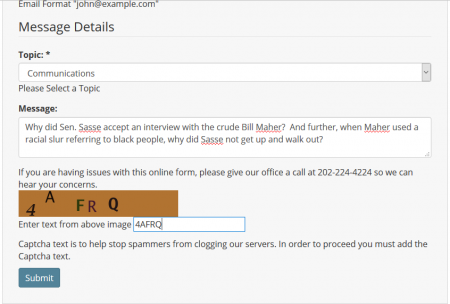 We received the following automated response: 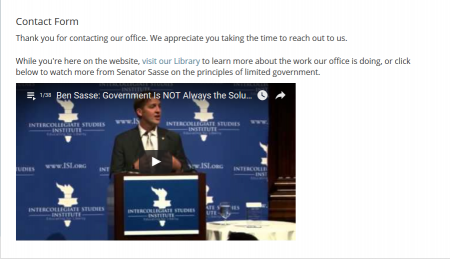 The Post & Email will advise if we receive a statement from Sasse’s office to our questions.

Update, 4:04 p.m.:  The Hill is reporting that Maher apologized for his racial remark.

Editor’s Note:  So is this the end of it?

What Should Sen. Ben Sasse Have Done During the Interview with Bill Maher? added on Saturday, June 3, 2017

2 Responses to "What Should Sen. Ben Sasse Have Done During the Interview with Bill Maher?"