Did Comey Refuse to “Unmask” the “Unmaskers?” 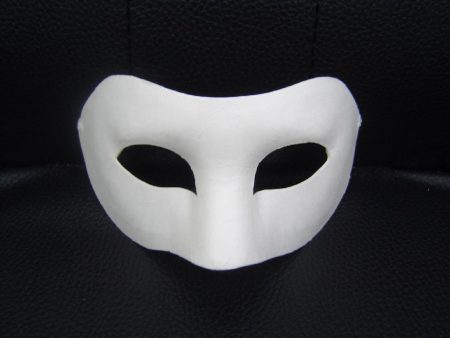 (May 12, 2017) — On Friday afternoon, Jack Posobiec, Washington Bureau Chief of TheRebel.Media, reported, “FBI source tells me Comey dropped the Susan Rice unmasking investigation bc it would have implicated himself. Developing.”

Posobiec claimed credit for exposing the leak of documents associated with France’s now president-elect, Emmanuel Macron, 48 hours before the election on May 7.

A colleague of “Guerilla Journalist” James O’Keefe and filmmaker/reporter Mike Cernovich, Posobiec supported Donald Trump during the campaign and is seeking to become the next president of The Heritage Foundation.

He has run political campaigns, is a military veteran and now a credentialed member of the White House Press Corps.  Of his work in media, Posobiec wrote, “The public is turning to news sources like The Rebel because traditional media outlets are pushing a radical left-wing, anti-Trump agenda and have failed to hold officials accountable.”

Rebel Media is active in Canada and identifies as not only media, but also “activists.”

Rebel.Media launched a movement directed at stopping the activity of “Antifa,” a group which Posobiec says is a “a domestic terrorist organization,” beginning with an online petition.

Of Antifa, Posobiec wrote, in part:

They have tried to shut down Rebel events and free speech events across the world.

Antifa has even called for the murder of Donald Trump supporters.

On Wednesday night during Fox News Channel’s “The Five,” award-winning reporter Catherine Herridge said that frustration “mostly from Republicans” with FBI Director James Comey was that “he has been sort of slow walking records about the Americans who were identified or unmasked in these intelligence reports and providing them to Congress. And the reason that’s a big deal is that everyone in the IC, in the intelligence community knows that there is no bigger, deeper, wider, extensive paper trail than there is when you unmask or identify an American citizen. And it should not take months. It should take weeks if not the course of several days to know who was unmasked and who made those requests and that has not been provided.” [Emphasis in transcript provided by Gateway Pundit.]

Obama’s national security adviser, Susan Rice, admitted to “unmasking,” or requesting to be unmasked, the names of U.S. citizens involved in communications with foreigners under surveillance by the U.S. intelligence community.  An individual who Rice may have requested be unmasked is Lt. Gen. Michael Flynn (Ret), Trump’s first national security adviser, after which his name was illegally leaked to The Washington Post.

Flynn was forced to resign his post after the leak exposed that he did not accurately brief Vice President Mike Pence about the substance of at least one of his conversations with Russian Ambassador Sergey Kislyak.

On March 20, in an unusual move, Comey confirmed that the FBI was investigating allegations that some Trump campaign aides were “colluding” with Russian-government operatives regarding the presidential election.  Trump has vehemently denied the claim, calling the investigation on Friday “a witch hunt.”

Obama’s Director of National Intelligence, James Clapper, testified on Tuesday that at the time he left office on January 20, he knew of no evidence compiled from any investigation to date supporting the “collusion” allegations.  Senator Chris Murphy (D-CT) and Rep. Maxine Waters (R-CA) have admitted on television that no evidence has been found to date.

Also on Friday, Comey said he would not testify in a closed-door session of the Senate Intelligence Committee on Tuesday.

Rice declined an invitation to testify on May 8 along with Clapper and former Acting Attorney General Sally Yates.

2 Responses to "Did Comey Refuse to “Unmask” the “Unmaskers?”"