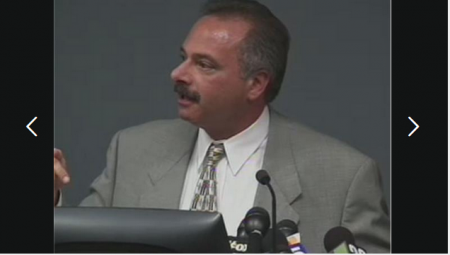 Previous segments of the one-hour interview included Zullo’s five-year investigation of the Obama long-form birth certificate image, which he found to be fraudulent early in 2012, and revelations made by former NSA and CIA contractor Dennis Montgomery about government surveillance which Zullo said have proved to be accurate.

The criminal charge against Arpaio was made public just before early voting began in Arizona and as Arpaio sought a seventh term as Maricopa County sheriff. It arose from a civil-contempt finding from early 2015 for allegedly having infringed on the constitutional and civil rights of Hispanics through the actions of his immigration-related patrols.

Just over a month ago, Zullo and Infowars journalist Jerome Corsi said on the Alex Jones Show that data Montgomery gleaned from his time at the intelligence agencies showed that the Obama DOJ, Snow and other parties exchanged a number of telephone calls during the trial and that Arpaio’s office, cellular, and home telephones were under government surveillance.

One of Arpaio’s co-defendants, Gerard Sheridan, testified to that effect in April 2015.

Interestingly, at approximately the same time, Snow ordered all of Montgomery’s work as a confidential informant to Arpaio collected, effectively halting further progress into Montgomery’s efforts to support his assertion that more than 150,000 Maricopa County residents had become victims of government-initiated bank breaches. 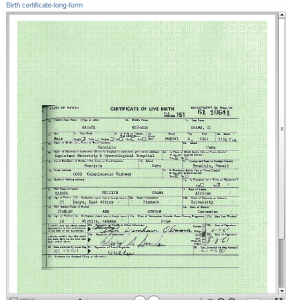 At some point in his yearlong project for Arpaio, Montgomery performed a forensic analysis of the Obama birth certificate image and reportedly found it to be “not genuine.”

Zullo explained that a new attorney for Arpaio, Mark Goldman, found that Arpaio was charged “under an erroneous statute,” U.S. Title 18, 401, which is federal criminal code.

“A court of the United States shall have power to punish by fine or imprisonment, or both, at its discretion, such contempt of its authority, and none other, as—

(1) Misbehavior of any person in its presence or so near thereto as to obstruct the administration of justice;
(2) Misbehavior of any of its officers in their official transactions;
(3) Disobedience or resistance to its lawful writ, process, order, rule, decree, or command.”

“That carries a statute of limitations of up to five years,” Zullo said.  A similar statute, 402, carries a one-year statute of limitations and consequently “relieved” Arpaio’s three co-defendants of charges.  Zullo said that the DOJ was “well aware” that Arpaio could not be charged under 402 and therefore invoked 18 USC 401.  “Under 401, this could only be utilized if it was the United States or the government bringing the initial prosecution or action that resulted in that criminal contempt. It can’t be utilized. The fact of the matter is that Arpaio was originally embattled over – in the original civil proceeding — was never being brought by the government.  It was being brought by private parties, the ACLU and private law firms, not the federal government.  So the problems for the then-administration was if they wanted to get Arpaio blown out of his seat as sheriff, they were going to charge him — which is something they never do before an election period — they needed a statute to charge him and they could not use the correct statute.  They ginned this up and used the wrong statute.”

On April 10, the Associated Press reported that a father-and-son legal team working with Goldman filed a motion stating that “the case should be dismissed because the government did not bring a criminal charge until October 25, 2016 — a mere two weeks before the election — even though the judge had indicated that criminal charges were ‘at issue’ as early as December 2014…The charge is therefore barred by the one-year statute of limitations.”

Zullo indicated that the recent filing is an “emergency motion” submitted to the Ninth Circuit Court of Appeals.  He further explained, “In a very strange move, the Ninth Circuit has now set forth an order, and it is instructing the DOJ and the judge who is presiding over this at this point — they need to answer, within 14 days, the questions that have been raised in this emergency motion for dismissal.”

Arpaio has also appealed the outcome of the civil contempt finding to the Ninth Circuit, claiming misconduct on Snow’s part.

Zullo then put forth the hypothetical situation that if the civil case were to be vacated, it would negate the criminal charge.  He stressed that the taxpayers of Maricopa County have paid $50 million for the civil-contempt proceedings.  “Everybody wants to blame Arpaio; it’s not Arpaio.  It’s the judge involved in this that allowed this to go forward.  Fifty million dollars the taxpayers not only paid for the defense of Arpaio, but they also paid for the prosecution of Arpaio out of the same checkbook,” Zullo said.

Gallups then commented, “And now we know, because it came up in trial, that a lot of it was about the birth certificate.”

“This was just political retribution and politicizing the DOJ to do it,” Zullo replied.