BUT WILL HE INVESTIGATE? 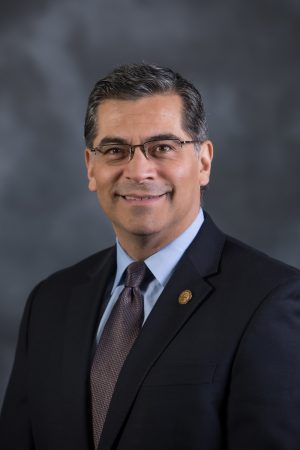 (Apr. 2, 2017) — On March 15, The Post & Email sent a letter by certified mail, return receipt requested, to California Attorney General Xavier Becerra regarding its observations about the Department of Child and Family Services (DCFS) agency based on information gleaned from three cases covered directly since 2012.

A growing number of articles on the web, anecdotal accounts, complaints and lawsuits filed and won by parents claiming that their children were taken from them without cause appear to bolster the allegations made by Roosevelt and Kanika Williams, “Michelle Robinson,” and the Henderson family that profit was a motive in the placement of their children in foster homes by the Los Angeles DCFS.

Foster parents have also sued the agency, claiming that it “routinely violates state welfare codes, California Rules of Court, state Department of Social Services regulations and its own procedures “in keeping foster parents apprised of what is being or will be done with the foster children living in their homes.”

Various websites have come into existence with the intention of assisting parents who believe they have been victimized by child-protective agencies.

To The Post & Email’s knowledge, all of the eight Henderson children were adopted, some by strangers, despite the fact that no evidence of abuse or neglect ever surfaced and the family was enjoying reunification services in 2013.

On Friday, we received the green card which serves as proof of delivery and acknowledgment by the addressee, although it lacks the signer’s printed name and date of delivery.

Robinson’s actual name was provided in the letter, although she has chosen to use a pseudonym in media reports to protect her children.

Most people are not aware of how much profit many of these services provide the county.  These profits are hard to ignore and even more difficult to pass up.

Counties can bring in thousands of dollars in excess revenue for each child in foster care, Van Doorn said – which means they have more incentive to remove children from their families than to keep families intact. “As such … our county government is a major factor in the dismantling of families and/or destruction of children’s lives,” he said.

He then cited San Diego CPS for “egregious behaviors” that included accusing parents of child abuse without any evidence.

The ugly truth is that San Diego isn’t the only community where false accusations of child abuse occur. Across the nation, the practice has become so blatant that some of the leading experts on child abuse and foster care have started to cry “foul.”

“Awful things happen to children in foster care,” says City of Baltimore Department of Social Services Director Molly McGrath Tierney in a video presentation posted at the National Coalition for Child Protection Reform.   “Foster care is a bad idea.  Child welfare is an industry,…the industry is committed to this intervention, this taking other people’s children, ’cause that’s what it needs to survive…”

Tierney left the agency in 2014 but returned the following year.

On March 20, Robinson told us that she has attempted to reach her elected county supervisor, Mark Ridley-Thomas, for assistance over a period of months but never received a response.   The Post & Email then sent the following message to Ridley-Thomas’s spokeswoman, Christina Villacorte:

Good morning, I was forwarded an email this morning from Mr. Ridley-Thomas’s constituent, XXXXXXXXXXXXXX, whose 15-month-old child was taken away by DCFS just over a year ago under questionable circumstances and without production of the videotape claimed to be in existence to substantiate the child’s change in custody.

Last week I mailed a copy of a letter to Mr. Ridley-Thomas, the other four county commissioners, the FBI, Gov. Brown and AG Becerra with evidence from other public DCFS cases demonstrating what appears to be a high level of corruption within the agency and the Edelman Children’s Court.

I would appreciate the opportunity to speak with you, as Mr. Ridley-Thomas’s representative, about these claims as well as Ms. XXXXXXXX’s case specifically.

I look forward to hearing from you.

We received no reply.

The U.S. Department of Health and Human Services Children’s Bureau has declared April “National Child Abuse Prevention Month.”  Like the California Department of Justice, the federal agency states that it is attempting to combat human trafficking.

Thus far, we have received no response from any of the above-named parties.