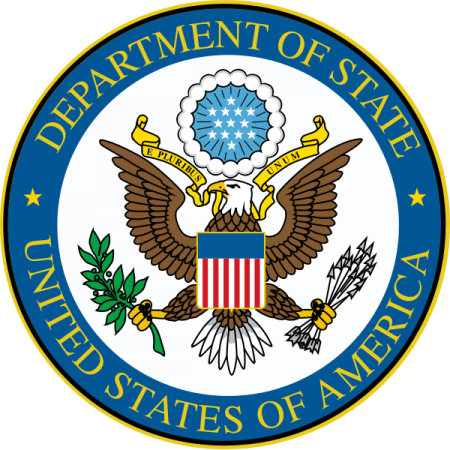 (Mar. 27, 2017) — President Trump’s budgetary assault on the Department of State and the U.S. Agency for International Development (USAID) is long overdue.  He is forcing a rethinking that will benefit America and the world.

The State Department is one of the most bloated of federal bureaucracies.  Front line consular officers, many just starting their careers at State, actually help Americans abroad. However, there are also countless “Hallway Ambassadors” who aimlessly roam from irrelevant meeting to obscure policy forum, killing time and our tax dollars.

Legions of these taxpayer funded drones fill the State Department.  Some are reemployed retirees who travel to overseas missions conducting “inspections” to justify their additional salaries.

The Bureau of Arms Control, Verification and Compliance (AVC) is a uniquely harmful part of State.  This Bureau’s main mission has been to create photo ops of treaty signings.  The arms control treaties have usually been unenforceable with sworn enemies of America.  The Bureau’s agreements with the Soviet Union undermined U.S. security.  Its bureaucrats developed elaborate procedures for justifying the minimizing or overlooking of blatant treaty violations.  They are using this same play book for the Iranian Nuclear deal.

Headquarters waste and dysfunction are just the beginning of State Department ineffectiveness.  In the mid-1980’s, I viewed State Department field operations personally while serving as Director of the U.S. Peace Corps in Malawi.

The most egregious problem was the un-American culture that permeates career Foreign Service Officers.  Except for toasting America at the July 4th Embassy party each year, being pro-American is viewed as unprofessional. Long serving Americans would advise me that rising above nationalism and acting “world wise” was the mark of a seasoned diplomat.

Not only did these U.S. foreign bureaucrats avoid Americanism, they avoided the host country.  The Embassy team members spent their business and recreational time with diplomats from the other Embassies and with European expatriates living in Lilongwe, Malawi’s capital city.  Their only sojourns outside the capital were to Salima, the lakeside resort, or to the Ambassador’s vacation home on the Zomba Plateau.

As Country Director, I eliminated the chauffer-driven luxury car used by my predecessor and reallocated the chauffer to other duties.  At the wheel of a Nissan Patrol, I spent the majority of my time in the field with my seventy-five volunteers.  This meant absorbing in depth knowledge of Malawi and its people.

State Department versus reality was proven many times over.  The most blatant was the 1985 fuel shortage.  Malawi was land-locked.  The Mozambique Civil War closed off its closest ports.  A problematic network of rail lines brought goods, including gasoline, to Malawi via South Africa, Botswana, Zimbabwe and Zambia.  My volunteers told me a Zimbabwean labor dispute was going to cause a five week disruption of fuel to Malawi.  I dutifully reported this to the Embassy Team.  They scoffed, assuring me that their British friend running Mobil-Malawi was telling them no disruption would occur.  I directed my staff to begin stockpiling gasoline.

The disruption occurred.  The Embassy team kept dismissing my reports and telling themselves the disruption would be short-lived.  By week four, the Embassy motor pool was without fuel.  Staff was delivering messages via bicycle.  By week five, the Ambassador asked to purchase fuel from the Peace Corps, which had remained fully operational.

The Embassy was blind-sided on an even more important issue.  Air Malawi announced it was going to purchase a new fleet of passenger jets along with a comprehensive parts and maintenance agreement.  At this point the State Department replaced the Embassy’s Commercial Attaché with a Hispanic who could barely speak English.  Instead of sending this person to Spanish-speaking Equatorial Guinea, they posted him to the most Anglophile country in Africa.  He was miserable and totally ineffective.

Alternatively, the German Ambassador moved about Malawi’s 28 regions, equaling my zeal for the field.  When Boeing’s sales team arrived they were given a proper, but cool reception.  The Fokker team arrived to a hero’s welcome and the multi-million-dollar deal was signed shortly thereafter.  American business lost a huge contract.

USAID has spent over $1 trillion on overseas projects since its founding in 1961.  Empty buildings and rusting tractors are silent testaments to its failures.  What funds were not diverted to corrupt government officials went for unsustainable efforts, driven more by academic theories than practicality.

State Department and USAID need a fundamental review and a day of reckoning. This is fertile territory for President Trump and Secretary Tillerson to implant business principles and common sense.

Scot Faulkner served as the first Chief Administrative Officer of the U.S. House of Representatives and on Reagan’s White House Staff. He advises global corporations and governments on strategic change and leadership.