“I WOULD GUESS IT CAME OUT OF THE WHITE HOUSE STAFF” 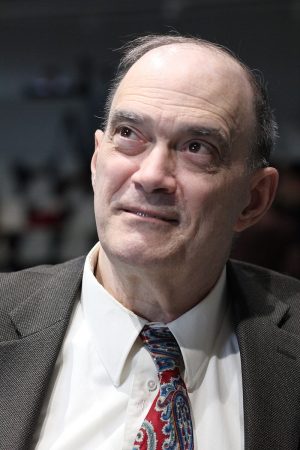 (Mar. 26, 2017) — In a 23-minute interview with Alex Jones of Infowars on Saturday, former NSA program “architect” William Binney described its current far-reaching data-collection on U.S. citizens as violating both constitutional and “human rights.”

Binney resigned from the agency in 2001 after he became alarmed at the far-reaching surveillance of Americans he said had become standard among U.S. government agencies in the wake of the 9-11 attacks.

His remarks begin at 3:45 with a response to Jones’s first question and reference to the “Stellar Wind” program which he said was in use by the NSA in 2004.

Binney said that at that time, now-FBI Director James Comey had wanted to end Stellar Wind.

“Everything is there for — against everybody in the country,” Binney said of the NSA’s repository of data. “President Trump, all the judges on the Supreme Court, all the members of the Joint Chiefs of Staff, all the members of Congress; it’s all there…,” he said.

He said that specific personal data requires only a request to be retrieved and that Trump has been a “target for quite some time; at least that’s what appears to me to be the case.”

Controversy arose on March 4 when Trump tweeted that the Obama regime had “wiretapped” his office at Trump Tower.  While the media claimed that Trump had shown “no evidence” to substantiate his claim, it also did not take steps to investigate it.

Conversely, on January 19 and 20, The New York Times reported that “intercepted Russian communications” and “wiretapped communications” were collected on three former Trump campaign aides as part of an investigation into their alleged ties to the Russian government.

“The F.B.I. is leading the investigations, aided by the National Security Agency, the C.I.A. and the Treasury Department’s financial crimes unit. The investigators have accelerated their efforts in recent weeks but have found no conclusive evidence of wrongdoing, the officials said. One official said intelligence reports based on some of the wiretapped communications had been provided to the White House,” the newspaper reported on January 19, the day prior to Trump’s inauguration.

On March 20, however, The Times reiterated FBI Director James Comey’s claim during testimony to the U.S. House Intelligence Committee of having “no information” that Trump Tower was surveilled.

At 5:52, Jones mentioned to Binney that Atty. Larry Klayman, who represents former NSA and CIA contractor Dennis Montgomery, would be his guest later on the show to speak on the same topic.  Jones also referenced having seen some of the data taken from Montgomery’s classified information, a story which broke last Sunday with investigative journalist Dr. Jerome Corsi and former detective Mike Zullo.

Last July, Binney provided an interview to Breitbart in which he said that if the FBI wished to locate the 30,000-some-odd deleted emails from Hillary Clinton’s private server, they could obtain them from the NSA.

In a March 6 interview with Fox News’s Sean Hannity, Binney discussed the intelligence community’s ability to “go back at least five to ten years” in data-collection of an individual.

He told Jones that oversight of NSA employees with access to data harvested on Americans is lax and that it is being used for political ends in some cases.

Binney is a prominent character in the 2014 film “Citizenfour,” a depiction of former NSA contractor Edward Snowden, who in 2013 left the U.S. and revealed documentation to The (UK) Guardian of several mass surveillance programs which collect virtually all communications exchanged among Americans by email and telephone.

One of the producers of Citizenfour to whom Snowden made his revelations, Laura Poitras, produced a film about Binney prior to meeting with Snowden characterizing him as a “whistleblower.”

Of the alleged surveillance of the Trump presidential campaign, Binney told Jones that “I would guess it came out of the White House staff; whether or not the president was involved, I don’t know.”  He likened it to Nixon’s “intelligence gathering” at the Watergate Hotel, where the Democrats were having their national convention during the 1972 presidential campaign cycle.

Binney said that in Nixon’s time, surveillance could be conducted on “maybe a few thousand people.”  “Now it’s 280 (million) to 300 million people,” he told Jones. 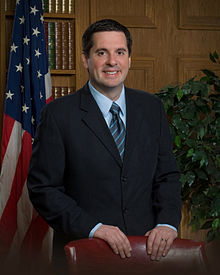 House Intelligence Committee Chairman Devin Nunes is attempting to discover more about who might have leaked the names of U.S. citizens caught up in surveillance in November, December and January which included Trump’s first national security adviser, Lt. Gen. Michael Flynn (Ret).

At a brief press conference on March 22, Nunes indicated that he found the documentation he viewed apparently showing evidence that the Trump campaign was, in fact, monitored “deeply troubling,” although “perhaps legal.”

Binney said that in 2014, he acted as an adviser to the Obama regime to put in place more oversight of intelligence-collectors who he said “lie all the time.”  He reported that virtually no changes were made by the White House at that time.

At 15:31, Jones proposed that Trump is “totally vindicated” in his claim of having been “wiretapped,” apparently based on Binney’s information and Nunes’s finding announced Wednesday and shared with the White House.

Binney objected to NSA activity because of what he sees as its violation of “the founding principles of this country.”