The Social Cost of Carbon Regulations

by Paul Driessen and Roger Bezdek 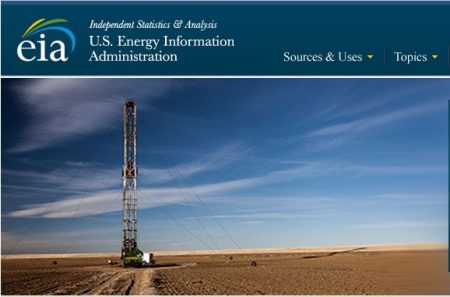 (Mar. 18, 2017) — “If you could pick just one thing to reduce poverty, by far you would pick energy,” Bill Gates has said. “Access to energy is absolutely fundamental in the struggle against poverty,” World Bank VP Rachel Kyte and Nobel Prize Laureate Dr. Amartya Sen agree.

The UN Development Program also calls energy “central to poverty reduction.” And International Energy Agency Executive Director Dr. Fatih Birol notes that “coal is raising living standards and lifting hundreds of millions of people out of poverty.” In fact, all fossil fuels are doing so.

Indeed, fossil fuels created the modern world and the housing, transportation, other technologies and living standards so many of us take for granted. They are essential for electricity and life, and over the past 250 years they more than doubled average life expectancy in countries that took advantage of them.

But the Obama Administration and radical environmentalists despise fossil fuels and used every tactic they could devise to eliminate them. One of their most important schemes was the “social cost of carbon.”

Federal agencies used the SCC to calculate the “hidden costs” of carbon dioxide emissions associated with fossil fuel use, by assigning a dollar value to every ton of CO2 emitted by power plants, factories, homes, vehicles and other sources. However, the entire process was little more than junk science and Garbage In-Garbage Out forecasting.

Second, the supposed bedrock for the concept is the now rapidly shifting sands of climate chaos theory. New questions are arising almost daily about data quality and manipulation, the degree to which carbon dioxide affects global temperatures, the complex interplay of solar, cosmic ray, oceanic and other natural forces, and the inability of computer models to predict temperatures, sea level rise or hurricanes.

Meanwhile, as the 2015-16 El Nino dissipated, average global temperatures rapidly fell back almost to their 1998-2014 level, according to Britain’s Met Office and other experts. That means there has been no measurable planetary warming for 18 years. Nor are other predicted disasters happening in the real world.

That means the very notion that U.S. emissions impose major climate costs is increasingly indefensible. Moreover, developing nations are burning fossil fuels and emitting carbon dioxide at many times the U.S. rate; that means even eliminating their use in America would have no effect on atmospheric CO2 levels.

Third, the SCC scheme blames American emissions for supposed costs worldwide (even though U.S. CO2 emissions are declining each year). It incorporates almost every conceivable cost of oil, gas and coal use on crops, forests, coastal cities, property damage, “forced migration,” and human health, nutrition and disease. However, it utterly fails to mention, much less analyze, tremendous and obvious carbon benefits.

That violates a 1993 Bill Clinton executive order requiring that federal agencies assess both benefits and costs of proposed regulations. It is also irrational, and completely contrary to human experience.

Fossil fuels created the modern world and lifted billions out of destitution and disease. They supply over 80% of the energy that powers United States and other modern civilizations; they will continue doing so for decades to come. They generate up to $70 trillion in annual global GDP.

Using readily available data on global living standards, economies, disease, nutrition, life spans and other benefits – and the government’s own SCC cost figures and methodologies – we estimate that carbon benefits exceed costs by orders of magnitude: at least 50 to 1 and as much as 500 to 1!

The U.S. Energy Information Administration forecasts that fossil fuels will provide 75-80% of worldwide energy through 2040 – when the total amount of energy consumed will be at least 25% greater than today. That means these notable benefit-cost ratios will continue. The Obama Era SCC ignores all of this, too.

Fifth, government officials claim they can accurately forecast damages to the world’s climate, economies, civilizations, populations and ecosystems from U.S. carbon dioxide emissions over the next three centuries. They say we must base today’s energy policies, laws and regulations on those forecasts.

The notion is delusional and dangerous. The rate of change in energy generation and other technologies has become exponential over the past several decades, with forecasting ability declining at an equal rate. Uncertainties over man and nature-driven climate changes during the next 300 years are equally colossal. Combining all the SCC assumptions, methodologies, fabrications and omissions, and injecting its absurd predictions into high-speed computer models, just means bogus forecasts are generated more quickly.

Finally, the most fundamental issue isn’t even the social cost of carbon. It is the costs inflicted on society by anti-carbon regulations. Those rules replace fossil fuel revenues with renewable energy subsidies; reliable, affordable electricity with unreliable power that costs two to three times as much; and mines, drill holes, cropland and wildlife habitats with tens of millions of acres of wind, solar and biofuel “farms.”

Anti-carbon rules are designed to drive energy de-carbonization and modern nation de-industrialization. Perhaps worst, their impacts fall hardest on poor, minority and blue-collar families. Those families spend proportionately three to ten times more of their incomes on energy than families earning $50,000 to $250,000 a year. They have little discretionary income and face the greatest risk of having their electricity cut off – as happened to 330,000 families during 2015 in ultra-green Germany. Worldwide, billions of people still do not have electricity – and the SCC would keep them deprived of its benefits.

Bureaucrats, activists, scientists and corporate rent-seekers certainly welcome the SCC mumbo-jumbo. They have profited the most from the countless billions that Obama regulatory agencies lavished on them every year, and from the tens of billions that Mr. Obama stashed in dozens of agencies, programs and crannies throughout the government, so they couldn’t easily be found or cut.

Above all, they would profit massively from the $93 trillion that the Financial Stability Board’s climate task force says the world must spend in low-carbon infrastructure programs over the next 15 years, as part of the Obama-UN-FSB-Climate Crisis, Inc. plan to de-carbonize and de-industrialize the planet.

Taxpayers, consumers and families would be hammered if the Climate Cabal got even more power over energy policies, economic growth, livelihoods and living standards. Thankfully, eliminating the social cost of carbon and programs implemented under it requires little more than applying the same rules and standards that government regulators have imposed on Volkswagen, Fiat and Wall Street dishonesty.

That is why the Trump Administration is challenging the SCC, climate cataclysm deception, and the bloated EPA budget behind so much of it. It’s why the House Science Committee’s Environment and Oversight Subcommittees held a hearing on the SCC, and why we and other experts will eviscerate it during the upcoming Heartland Institute 12th International Climate Conference in Washington, DC.

It’s time to rescind and defund the SCC – and replace it with honest, objective cost-benefit analyses.

Roger Bezdek is an internationally recognized energy analyst and president of Management Information Services, Inc. Paul Driessen is senior policy analyst for the Committee For A Constructive Tomorrow and author of articles on energy, climate change and human rights.

The Social Cost of Carbon Regulations added on Saturday, March 18, 2017