America, in the Hiatus of Reality (RR) 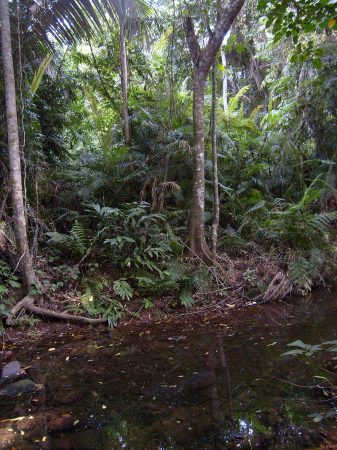 (Mar. 13, 2017) — “Good evening, ladies and gentlemen, and welcome to your favorite show for current events, ‘The Pulse of the Nation.’ Hello, my name is Roving Reporter and I’ll be your host for tonight’s program. As you can see, we’re back under the umbrella on the corner across from the railroad station waylaying commuters just going about their daily routine. And speaking of which, here’s our first guest. Hello, care to answer a question for our viewers?”

“Wow, what happened? Watched your show the other night and you were sure bummed-out. What changed your attitude between now and then?”

“Oh, not much, except driving back to the studio our cameraman, who substitutes as our van driver, is also the van’s DJ, and one of the songs he played was ‘End of the Line’ by the Traveling Wilburys.”

“As the song said, ‘I’m satisfied.’ Yep, that did it for sure: generated a whole new outlook. And now for the question of the day: What makes you think our Muslims are any different from the mayhem other Muslims are causing in every other place on the globe? By the way, didn’t I just interview you the other day?”

“That you did: I was the Navy guy who used to live in Japan.”

“Let me ask you this, then. What did you do for the time you were there; I mean, what were your duties?”

“You wouldn’t believe it.”

“No; for real, tell our audience.”

“Okay, you asked for it. I was on my way to catch up with a Navy ship going around in circles in the Tonkin Gulf. The first day I was there at the Navy base in Yoko mustering in front of the transit barracks, I guess I didn’t get out of the way of one mean-spirited guy walking down the sidewalk fast enough, so he pushed me.  I pushed back and he tripped and went down.

“Well, he came up as fast as a flying fish escaping a shark and just then the base Commander pulled up. Anyway, it turned out the guy I pushed was some kind of well-known boxing champion.

“Anyway, this Marine Sergeant witnessed the whole thing and, after the base Commander asked me a few questions and left, the Sarge came on over and asked me if I wanted to be the Master at Arms of the chow hall or spend my time with him learning Judo.

“So that’s what I did, Monday through Friday, 8-4 learning Judo. And that’s all I did, no lie, for months. And then I was transferred to the transit barracks in Subic Bay – that would be in the Philippines – I was offered a choice to sign up for jungle survival skills training or join the Shore Patrol. So all I did in the Philippines was play in the jungle, until I was volunteered for a humanitarian mission.

“It’s funny how things work out, and it’s just as funny how things don’t work out. If that boxing champion didn’t have a chip on his shoulder and if the ship that I was chasing wasn’t off steaming around in circles somewhere, I never would’ve had the opportunities that I took advantage of. And all because of that additional training, I was prepared for my next mountain to climb, which prepared me for having the guts to question the modus operandi of fighting the whole Vietnam War.”

“Well, it’s like this: I was in a position to witness a battle unfold before my very eyes and it came to pass that our troops required supporting artillery fire. So we were making headway when all of a sudden the guns went silent. What? So I just barged into headquarters, bypassing the Marine guards, and unceremoniously asked, to no one in particular, ‘How come we stopped firing?’

“I guess they were so surprised they didn’t order me arrested and court-martialed but just said, and I kid you not, ‘We reached our allowable ordinance quota for this 24-hour period.’ And I just looked and all I saw were the whites of their eyes, staring at me, as if I were the one that lost it; as if I were the responsible one for why our troops were getting killed for no apparent reason, unless one were to invoke the ‘Do not bypass the ordinance expendable rule.’

“To put it in another perspective, the Indians are attacking you and your family and you’re holed-up in your log cabin. You have a finite number of bullets. You’ve been fighting off the redskins all day. You review your ammo supply and determine that, at the rate you’re repelling the invaders, you’ll be without any ammo in less than a day. You decide (well, not really) that you can’t afford to shoot any more; you’ve ‘reached your quota.’

“Does it make any difference that, as soon as you stop firing, the Indians will have breached the outer walls and are in the back rooms about to pounce on you and your wife and steal your kids? And you have the opportunity to prevent this, at least until you really run out of bullets, so what does one do? Well, you fight to the last bullet, is what you do.

“It’s what you and I would do, but the Admirals and Generals in charge are okay with the peons getting killed; the husband and wife killed, maybe the children, too: the whole family wiped out, with the option of salvation just sitting there on the table; in the cupboard; in the armory; in the ammo depot; just sitting there doing nobody any good at all.

“And I’m telling your viewers the truth: I witnessed it all, first-hand just as I told you. So what I’m saying, to answer your question, is no, our Muslims are just like the Muslims in Germany, France, England, Sweden, and in Bali.

“Well, I got news for anyone who walked in my shoes, and for those who haven’t. I’ve not only heard it all before and seen it all before, but I’ve lived it and done it all before, so don’t try and tell me about ‘We’re better than that.’

“This girl, this American girl, who wanted to help the Muslim children in the Middle East, make sure they got their vaccines and shelter and food, well, guess what? She got beheaded. This truck driver delivering vaccines for children; you know, the normal everyday stuff, like polio. Well, they took him prisoner and beheaded him. Go up to Heaven and interview those who were murdered at Fort Hood and San Bernardino and ask them what they think about it all. Hey, and why you’re at it, ask our Joint Chiefs of Staff about Muslims in our military, alright?

“I know why you don’t, because it would just be a waste of time, is why. Be just like back in the jungle, the Generals calling the shots and us peons getting wiped out. All I can say, well, I guess I said it, didn’t I? And this is my train. Bye.”

“Bye. And that’s it for us: time’s up. Thanks for watching our show and so, on behalf of the crew, I would like to wish each one of you all a good night: Goodnight.