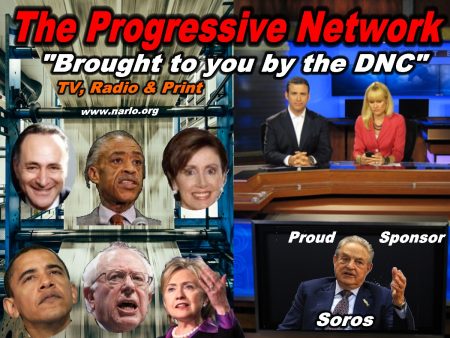 (Mar. 12, 2017) — What is the purpose of news?  Any reasonable person would say that it is to find out what is happening of importance locally in their city, county, or state, what is happening nationally in their own country and what is happening globally.  That information, if presented objectively, would give a person a well-rounded overview of the total world in which he or she lives.  But that’s not what they get.

What is the purpose of the news media?  Once again, any reasonable person would say that the news media should report the “news” accurately and with as little bias as possible, except for one little nagging characteristic: humans are, by their very nature, biased.  The reporter who reports the news, the journalist who investigates and reports the news, the historian who writes history books about the news and the reader who reads the news and the history books are inherently biased and they are biased because of what is inside their “Little Black Box.”  Oh, no!  Not that “Little Black Box” again!

Then you have to ask, “What is the news?”  The “news” is whatever a flawed and biased human being in the news media, who has the responsibility of reporting the “news,” decides what should be reported.  Since the reader, listener, or watcher of the “news” has no interaction with the news media on what is to be reported, he or she is a hapless victim of the inherent bias in the “news” that is reported and he or she must filter out the bias as best as each can, even though the reader is also biased.  Sadly, each reader, listener and watcher of the news sees the news through a heavily distorted lens.

The news is a perception, not reality.

Does the news media have a societal duty to hold government accountable?   As the Founders debated the establishment of the Republic and the rules under which it would be governed, the role of a free press was paramount in their thinking.   They recognized that a free press could be a deterrent to a government going rogue, but they were also concerned that a free press could deceive their readers rather than enlighten them or be influenced by the powerful and the wealthy.  Their concerns were well-founded because at that time there was an explosion of printing presses throughout the land and newspapers and pamphlets were sprouting up all over the place.  Objective reporting was not necessarily a prevailing theme at the time.  The term “fake news” did not originate because of a Trump presidency.

Journalists and pamphleteers were vital to the spreading of American ideals and gave rise to authors like Thomas Paine and Samuel Adams.  Each had a significant impact on the Revolution and the weeks and months after the Revolution.  The eighty-five Federalist Papers, which explored the ideas of a Constitutional Republic, were printed anonymously in New York newspapers in 1787 and 1788.

Can the news media be bought?  To the concerns that the Founding Fathers had about the news media being hijacked by the powerful and the wealthy, Forbes Magazine reported in June of 2016 that 15 billionaires own most of the American news outlets, from the major networks ABC, NBC and CBS, to the cable networks like FOX, MSNBC and CNN.  Michael Bloomberg, Rupert Murdoch and George Soros are just three of those 15 billionaires.  Bloomberg LP has over 2,000 correspondents around the world collecting the “news.”  Who controls the final editing of all the news that is being reported by those 2,000 correspondents when Michael Bloomberg has a huge financial interest in the success or failure of the outlets he owns?  What is the bias of the correspondents and the editors and how does that bias influence what is being reported?  How is the reader supposed to filter out that bias?

Besides the financial interests of the billionaires in reporting the news, a fatal disease has infected journalism throughout the entire industry.  Rush Limbaugh, on his daily talk show program, interviewed a journalism student caller from college.  Rush asked the budding journalist why he wanted to become a journalist.  The answer should have stunned the entire listening audience.  The student stated that “he wanted to become a journalist so he could change the world.”  Unfortunately, too many journalists have been infected with this same disease.

Besides the inherent bias, now predominantly liberal, the success or failure of the news media is driven by five factors: advertising revenues, paid subscriptions, ratings, the 24-hour news cycle and the impact of the internet and social media.  No business model allows success without sufficient revenues to support all of the activities of the news outlet.  Print media is suffering from lower advertising and subscription revenues and many have folded or are on the brink of bankruptcy because of TV, the Internet and social media.  Radio, which offers a combination of music and talk, appears to be healthy but only from a local perspective.  National radio is not doing well unless merged with TV.  The TV media requires a little more detail.

National television has become talk radio, only in video form, with endless debate and analysis, camouflaged as news.  No TV platform is immune from this malady.  Turn on any TV news program and instead of the all-around broad news we were expecting, we get endless opinions and analysis by so-called experts, reporters and correspondents, better suited for the newspaper opinion page.  If you are looking for national and international news reported accurately, you will be hard-pressed to find it.  And the analysis and opinions are heavily slanted towards the left side of the political aisle with just a pointless token segment from the other side, except maybe for FOX News.

Case in point was Trump’s speech before Congress.  The analysis and opinion went on and on and on for several days.  Now the news cycle is obsessed with the Republican-Russian-Putin conspiracy, driven by the blatant Progressive co-conspirators and racketeers in most of the news media.

To add insult to Trump’s injury, the other day he tweeted that Obama bugged his Trump Tower offices.  Is it true?  We haven’t a clue, but it will be the butt of the news cycle for many more days or even weeks to come.  Was Trump wise in saying it without presenting evidence, probably not?

In contrast, when was the last time you heard news from Central or South America, or Canada, or Australia?  Why isn’t the news media doing in-depth reporting on Russia and their national motives and goals and how those motives and goals influence our foreign policy and the rest of the world?   How about reflecting on life in China and the objectives of their communist-run regime?

The sad truth is, the news has now boiled down to the never-ending Trump hour and what he is allegedly doing, according to the Progressives, to ruin the lives of those poor dependent Americans, those “hard working” and honest illegal aliens and those “peaceful” refugees coming in from Muslim countries.  The news is also riddled with social justice and environmental extremism, both liberal causes.

In Seattle there were two newspapers, the Seattle Times and the Post Intelligencer (PI).  The PI was the liberal paper and the Times was the conservative paper.  Not so any more.  The PI went out of business and now the Seattle Times has taken up the mantle of Progressivism.  You can’t find balanced reporting anywhere in the Seattle Times.  Every article on climate change is slanted towards the government and environmental position.  There are no articles showing science from the opposite side.  Most of the columnists are New York Times columnists and everyone knows that the New York Times is a liberal newspaper.  But then the Seattle Times just reflects the political position of most of Seattle’s and Western Washington State residents.

As we have said in many of our articles, Progressivism has been embedded in all of our institutions, from education, to politics, to foreign policy, to health care, to the environment, to commerce, to finance and to the news media.  But worse, it has infected the mindset of the American people for several generations.  Progressivism has been set in stone in the body politic and it will take a jackhammer to break it up.

Each infected institution has become a co-conspirator and racketeer in pushing the radical Progressive agenda throughout the United States, and they have been hugely successful.  But what most people don’t realize is that Progressive agenda is the antithesis and enemy of a free America.  If you are poor, lazy, black, Latino, disabled, mentally challenged, a refugee or an illegal alien, you are a protected class and rewarded by government at taxpayer expense.  If you are successful you are a taxed class and frowned upon and ridiculed for being successful.  But it’s not altruism that drives the rewarding of the protected classes; it’s the lust for power.  Those welfare-style rewards you end up paying for are solely for Democrat votes.

When the fourth estate carries the banner of one political ideology and weaves that ideology into every aspect of its reporting, it becomes an agenda-driven conspirator.  At that point the constitutional foundation of individual freedom is forever diminished or silenced and is the Founding Fathers’ worst nightmare come true.  In such event, totalitarian government cannot be far behind.

But then with all that power, political influence and money supporting the news media, how are the people going to change it?  One way would be to start a drive to get millions of Americans to stop watching, reading, or listening to the NATIONAL news for one week.  We’re going to call this drive NARLO’s National NEWS BOYCOTT week, commencing on the first week in April and then again in the first weeks of July and October.  Check out the details on our web page HERE.  Done on a massive scale, the news outlets would have to listen and change their ways, especially if the boycott started eating into their revenues.

Only the people can make a difference on major issues, that is if the people even care about preserving and maintaining a free America.