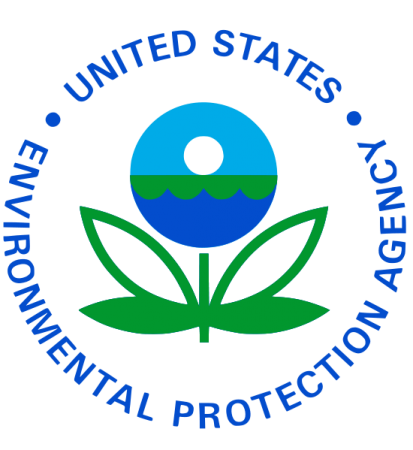 (Mar. 11, 2017) — The Trump White House wants significant reductions at the Environmental Protection Agency: two dozen or more programs, including a dozen dealing with President Obama’s climate initiatives; a 20% downsizing in EPA’s 15,000-person workforce; and a one-fourth reduction in its $8.1 billion budget.

The plan requires congressional approval, and thus is hardly a “done deal.” Not surprisingly, it is generating howls of outrage. Former U.S. EPA Administrator Gina McCarthy says the proposal would be “crippling,” and “devastating for the agency’s ability to protect public health.”

One employee resigned because the cuts would prevent him from serving “environmental justice” and “vulnerable communities.” A congressman claimed EPA is “already operating at 1989 staffing levels,” and the reductions could mean “cutting the meat and muscle with the fat.”

A deep breath and objective assessment are in order.

1) Since EPA was created in December 1970, America’s environmental progress has been amazing. Our cars now emit less than 2% of the pollutants that came out of tailpipes 47 years ago. Coal-fired power plant particulate, mercury, nitrogen oxide and sulfur dioxide emissions are 10-20 % of their 1970 levels. The white plumes above factory and power plant “smoke stacks” are 90% steam (water vapor) and plant-fertilizing carbon dioxide (which Obama EPA officials disingenuously called “carbon pollution”).

Our lakes, rivers, streams and coastal areas are infinitely cleaner and far safer to drink from or swim in. The notorious lead contamination in Flint, Michigan water occurred under Gina McCarthy’s watch, because her agency didn’t do its job. It was her EPA officials who also triggered the infamous Gold King Mine blowout that contaminated hundreds of miles of river water with arsenic and other toxic metals.

So much for “protecting public health,” ensuring “environmental justice,” and safeguarding our most “vulnerable communities.” It’s as if we’ve come full circle, and now need to be protected from EPA. In truth, that goes all the way back to the agency’s first administrator, William Ruckelshaus, who ignored his own scientists, banned DDT, and sentenced tens of millions of Africans and Asians to death from malaria.

2) EPA became bloated, incompetent and derelict in its fundamental duties largely because it became ideological, politicized and determined to control what it was never intended to regulate. Through mission creep, sue-and-settle lawsuits, and an eight-year quest to help “fundamentally transform” America’s energy and economic system, it attempted to regulate every rivulet, puddle and other “Water of the US,” stuck its nose in numerous local affairs – like the road to a nickel mine in Michigan – and colluded with environmentalists to block Alaska’s Pebble Mine before a permit application had even been submitted.

Most egregious was the agency’s use of alleged “dangerous manmade climate change” to justify its “war on coal,” its “Clean Power Plan,” and its determination to slash fossil fuel use and carbon dioxide emissions by regulating nearly every factory, farm, hospital, mall, drilling project and vehicle in America.

EPA’s other chief climate crusade target was methane, which it called “an extremely powerful climate pollutant” and absurdly claimed is responsible for “a fourth of all global warming to date.” Methane is a tiny 0.00017% of Earth’s atmosphere – equivalent to $1.70 out of $1 million (and compared to 0.04% for CO2) – and U.S. energy operations account for less than a tenth of all annual natural and manmade methane emissions. To control that, EPA wanted industry to spend billions of dollars per year.

It also demanded that cars and light trucks get 54.5 mpg by 2025. To meet that standard, automakers would have to downsize and plasticize vehicles, making them less safe and causing thousands of serious injuries and deaths – a reality that EPA ignored in its cost/benefit and environmental justice analysis.

When states, industries or experts raised questions about EPA’s “CO2 endangerment” decision, its biased and dishonest “social cost of carbon” analysis, or its use of “secret science” and highly suspect computer models to justify “climate chaos” claims – the agency railed about “intimidation” and “interference” with its mandate to “protect public health and welfare.” It’s time to take those questions seriously.

3) EPA obviously has too many anti-energy, anti-development staff, programs and dollars looking for more activities to regulate and terminate, to justify their existence. As these programs are properly and necessarily cut back, EPA budgets and personnel should likewise be reduced.

4) Complying with EPA and other government regulations inflicts staggering costs that reverberate throughout our economy, as businesses and families struggle to read, comprehend and comply with them. The Competitive Enterprise Institute calculated that federal regulations alone cost $1.885 trillion per year – prior to the epic regulatory tsunami of 2016 – with the Obama era alone generating $800 billion to $890 billion in annual regulatory burdens, the American Action Forum estimated.

Even more frightening, embedded in those federal regulations are fines and jail terms for some 5,000 federal crimes and 300,000 less serious criminal offenses. An absence of intent to violate the law, even failure to know and understand millions of pages of laws and regulations, even the mistaken assumption that no agency could possibly implement such an absurd rule, is no excuse. You’re still guilty as charged.

5) In fact, environmental justice is little more than a meaningless, malleable, phony concoction whose primary purpose is promoting progressive programs. Whatever EPA seeks to do advances justice and protects the vulnerable. Whatever an industry does or wants is unjust. Whenever anyone criticizes an agency action, it reflects racism or callous disregard for public health.

6) Fully 98% of all counties in the United States voted for Donald Trump and his vision for a less regulated, more prosperous nation, with fewer diktats from a Washington, DC that exempts itself from rules it inflicts on others. They did not vote for rolling back real environmental progress – and know full well that President Trump and EPA Administrator Scott Pruitt are doing no such thing.

They also know there is ample room – and abundant need – for the proposed EPA reductions. That’s why a CNN/ORC poll after Mr. Trump’s February 28 speech found that 70% of Americans who watched felt more optimistic about the nation’s future, and his policies and priorities were what the country needs now.

7) If President Trump’s program, budget and personnel proposals for EPA are approved, many highly paid agency employees will lose their jobs. That’s always painful, as thousands of coal miners, power plant operators and other employees in communities impacted by heavy-handed EPA regulations can attest – and as the powerful new documentary film “Collateral Damage” demonstrates.

However, downsizing is often essential to the survival of a company – or a country. As President Obama was fond of saying, elections have consequences. Let’s hope Congress and the Trump Administration move forward on EPA restructuring, stand firmly in the face of the predictable forces of professional outrage, and do a good job explaining why these changes are absolutely essential.