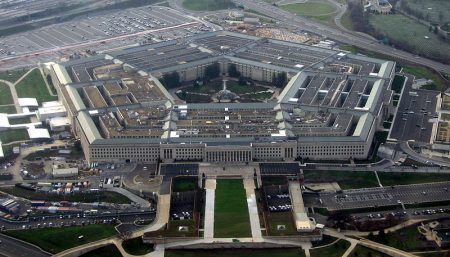 (Mar. 9, 2017) — “Good evening, ladies and gentlemen, and welcome to ‘Pulse of the Nation,’ your favorite half-hour in front of the idiot box. Hey, how ya all doin’? Roving here back under the umbrella across from the railroad station, about to interview the men and women in our lives. Excuse me, sir, care to be on television?”

“How much do you want? What kind of scam you guys running here? How do I know that’s even a real TV camera and the cameraman is in the union; and what about that sound-boom girl, answer me that, if you can.”

“On your way, sir, you’re blocking the sidewalk. I’ll have you know we’re a legitimate news organization, and to prove it, here’s my card with corporate address and all of its associated numbers. Now, if you would be so kind and let us do our job, we’ll get on with it.”

“Is this a shakedown? How much money you want?”

“Sir, you’re causing a disturbance. Move along. Is that talking dog around here somewhere? Here comes that Vietnam Vet with his dog. Now, before they get here let me tell you Vietnam Vets have a somewhat sordid reputation, and do you know why? Because they were all lied to by their own government, is why.

“The ‘Good old USA’ had no intentions of winning any ‘police action’ in Vietnam in the first place. Bottom line: it was a playground for the Pentagon to prefect cavalry tactics using helicopters to their highest potential; inventive ways of destroying the enemy’s surface-to-air radar; working the bugs out of the Army’s assault rifle; and so on, including the use of a chemical weapon that they referred to as Agent Orange. The list is endless, just as the filled body bags were.

“And then people started to figure it out: all those young men sent over to Vietnam became nothing more than cannon fodder; sacrificial lambs for nothing, unless you want to call the Pentagon’s contribution so war profiteers could make a killing (assuredly no pun intended).  The cover story was to defend a little Southeast Asian country from Communist aggression, but the reality was we weren’t there to win: we were there to die. We could’ve won the war, but that was never in the books to start with.

“What was it, a deal with China? A deal with the military industrial complex to hand out military contracts as if it were Mardi Gras, tossing government unlimited-change-orders from a float as a way to get out of an economic depression? Perhaps it’s a combination of all of the above? Maybe the Federal Reserve saw a way to make even more money than it would’ve had the war reached a satisfactory conclusion, which would’ve been the public hanging of Ho Chi Minh in Ba Dinh Square in Hanoi.

“So what you going to do to him, ‘Send him to ‘Nam?’ So what I’m saying is for you to move along before he becomes unglued and places you in his crosshairs and blames you for all the wrongs he’s ever suffered in his life, understand? The fact that he carries is completely immaterial: guns, knives and an unrelenting attitude that dictates that ‘He takes no prisoners,’ the simple Warrior’s Code that’s been with us since the first chapter of the Old Testament.”

“And good riddance. And who is next in line to be interviewed?”

“I’m Nancy and I’m a reporter for your competitor. We used to compete with you, but all we do now is rerun a comedy show.”

“Never interviewed a reporter; so, what’s your niche?”

“USA Intelligence or, really, lack of intelligence. Matter of fact, the story I’ve been working on airs tonight. It’s about our total failure of the people who are supposed to protect us but haven’t, and the reasons why. It’s a comprehensive history that’s really in-your-face.”

“Sounds interesting, for sure. How far back do you go?”

“The day of the first honor killing; the day that it was considered normal to have a conversation about the best way to beat a woman without leaving marks. Just as an aside, I wrote a book last year, in collaboration with Professor Zorkophsky, titled ‘How to Hide a Black Eye: Wear a Burqa. The Complete History of Halloween Costumes throughout the Middle East and How They Evolved into Everyday Dress.’”

“Getting back to what you were saying about the history of our intelligence failures?”

“Oh, sorry. Beirut barracks bombing; African embassy bombings; first World Trade Center bombing; lots of bombings by Muslims yet our government allowed Muslims to be in our country attending our colleges, universities and flying schools. And then everyone in the government acted surprised at 9-11. And then the Army acted surprised when that Muslim Army ‘soldier’ killed some of our troops in Kuwait; and then again at Ft. Hood.

“And the mainstream media acts as if there’s no Muslim connection between San Bernardino, Chattanooga, Orlando, and the Boston bombing. The bottom line is that the NSA, the CIA, the FBI and all the other so-called ‘intelligence’ agencies are doing some sort of job – what it is nobody knows – but what we do is that they’re NOT DOING THEIR JOB.”

“Did you happen to see some of the women yesterday carrying posters stating ‘SHARIA NOW!’”

“The new answer to the question of, ‘what’s the stupidest thing you’ve ever seen?’”

“Like ‘Let’s give men the license to kill us so they can marry 12-year-olds, with the blessing of the whole community’; and ‘Die by Rat: have your husband bury you in the desert so you can get eaten alive by field mice, ants, and bugs of every sort, so your death is as slow and painful as possible.’ How does that sound?”

“These so-called government intelligence agencies are the undercover agents of Mordor, you understand, with Mordor being the secret government run by the Federal Reserve, which is, I need not remind you, a private bank. And here’s my train so I’ve got to get to work. I like to think of my job as kind of like William Shire witnessing the decline and fall of the Republic of Germany, isn’t it, except it’s our own country. I just wish somebody would tell President Trump that Islam is a totalitarian political philosophy and not a ‘peaceful and misunderstood religion.’ Bye.”

“Good luck with your program. Well, folks, our time is up and so, on behalf of the crew, I’d like to thank you for watching and to wish you all a goodnight: Goodnight.