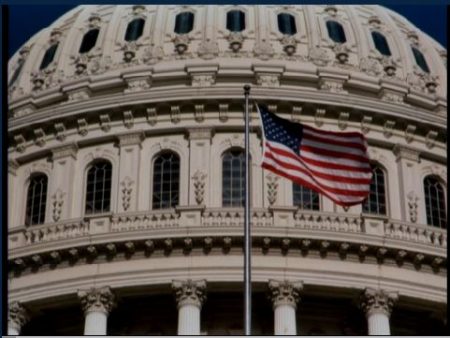 (Mar. 3, 2017) — In early 2009, conservative activists starting meeting across the country to organize the first Tea Party rallies and express their opposition to the liberal agenda of President Barack Obama. Activists were most concerned about the biggest component of the President’s agenda: the socialized healthcare plan formally known as the Affordable Care Act, but referred to as Obamacare.

At that time, almost every Republican congressman or candidate for U.S. Congress that appeared at a Tea Party event promised to fight back against Obamacare if it was enacted. Unfortunately, one year later, on March 23, 2010, Obamacare was signed into law by the President. It passed without the support of one Republican member of Congress. The President promised bi-partisan cooperation and transparency and delivered neither.

Ever since that fateful day, Republican Party leaders have been vowing to repeal and replace Obamacare. When Americans became disgusted with Obama’s big government plans, they helped elect a GOP controlled House of Representatives in 2010. Republicans said they could not implement the changes they needed with control of only one half of Congress. Thus, voters delivered the U.S. Senate to the GOP in 2014.

Once they had control of the entire legislative branch of government, Republicans were still unable to deliver on long cherished conservative goals such as ending Obamacare, limiting amnesty for illegal aliens, stopping out-of-control federal spending, securing the border, limiting the negative impact of oppressive regulations or reversing the dismantling of our military.

The GOP faithful helped deliver remarkable victories for candidates who have been making promises for years. However, at this point, the time for promises is over and, as President Trump noted in the inaugural speech, “now arrives the hour of action.”

After six weeks of the new administration, Americans are still waiting for real congressional action. There should be no more excuses for congressional Republicans, but, incredibly, after eight long years, Republicans have still not agreed on a replacement plan for Obamacare. In fact, GOP congressional leaders are meeting in secret to decide on the details. This week, U.S. Senator Rand Paul (R-KY) was prevented from seeing this plan and was shut out of a House leadership meeting.

This drama is ridiculous and shows the failure of House GOP leadership to reach consensus on a repeal and replacement of Obamacare. Many conservatives worry that the final replacement plan will amount to little more than “Obamacare lite.” In fact, one plan being proposed by Senators Susan Collins (R-ME) and Bill Cassidy (R-LA) would allow states to keep Obamacare if they wanted.

The problem with this plan is that Republicans were not elected on a platform to keep Obamacare or even tinker with it; they were elected to completely dismantle it. From the outset, GOP voters have consistently been vocal in their distaste of Obamacare, which was sold to the American people as a lie. In fact, the overwhelming majority of polls have shown that most Americans dislike Obamacare, a plan that has led to higher healthcare premiums, higher deductibles, fewer health insurance choices and an individual mandate that force millions of Americans to buy a product, health insurance, that they do not want.

Clearly, Republicans in Congress were elected in November to work with President Trump and enact changes such as repealing Obamacare. While the President has delivered on his promises with strong executive orders and excellent cabinet appointments, the GOP Congress has been a major disappointment.

As Americans wait for the Republican-led Congress to finalize the Obamacare replacement plan, legislative action on much-needed individual and corporate tax cuts has been delayed. There is also the nagging issue of Trump cabinet appointments. While 18 cabinet members have finally been confirmed, four of his picks remain in limbo with hearings yet to be scheduled. The President also has almost 600 other positions that need to be confirmed by the Senate.

All of this should not be a surprise since the Republican Party’s track record is very poor. The last time the GOP had control of both the White House and Congress was between 2003 and 2007. During that time, President George W. Bush and Congress used their power not to limit government, but to expand the reach and scope of the federal bureaucracy.

In that four-year period, the federal debt exploded, government entitlement programs were expanded and no significant spending limits were enacted. During the Bush years, the country embarked on a “war on terrorism” in multiple countries that was launched in response to the horrific 9/11 attacks that killed almost 3,000 innocent people. In the military campaign that continues, 6,982 Americans have been killed on the battlefield, and almost 800,000 American heroes have been either physically injured, suffered traumatic brain injury or afflicted with combat-related depression or post-traumatic stress disorder.

After 15+ years of military engagement, the cost to the taxpayers has been over $6 trillion. Today, Afghanistan and Iraq are still war zones with a strong presence of terrorist activity and the jihadist organization, ISIS, has operations in over 30 countries.

The GOP failures during the George W. Bush years contributed to the victory of the most liberal President of all-time, Barack Obama. This time, Republicans need to deliver on their mandate or they will rightfully be sent packing by the American people once again.

——————-
Jeff Crouere is a native of New Orleans, LA and he is the host of a Louisiana based program, “Ringside Politics,” which airs at 7:30 p.m. Fri. and 10:00 p.m. Sun. on WLAE-TV 32, a PBS station, and 7 till 11 a.m. weekdays on WGSO 990 AM in New Orleans and the Northshore. For more information, visit his web site at www.ringsidepolitics.com. E-mail him at jeff@ringsidepolitics.com.

The Clock is Ticking on GOP Congress added on Friday, March 3, 2017