“THIS TIME THERE’S NO SECOND CHANCE” 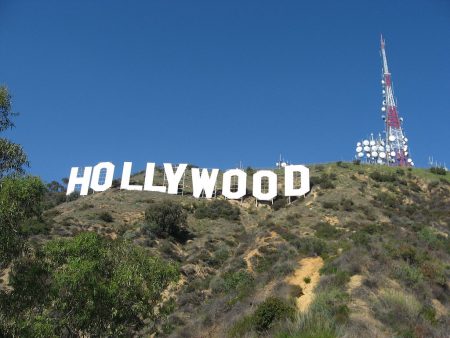 (Feb. 28, 2017) — “Good evening, ladies and gentlemen, and welcome to yet another exciting half-hour of your time. The subject today is my neck and, by extension, your neck, too; all of our necks. We’re in the office of our very own well-known Professor Zorkophsky who, as I understand it, is producing a documentary about how Hollywood is using every trick in the book to make you even more unaware of the danger you are personally in; you and your loved ones; all of us. Does that about cover it, Professor?”

“In a nutshell, Roving. We first noticed the continuing trend after Trump got elected: the television commercials didn’t miss a beat; everything is the same, as if you didn’t notice. I teach my students to keep a notebook handy when watching the idiot box so they can write in what they observed in a commercial.”

“Observed in what way?”

“Well, not the product per se. We focus on the actors, race and gender. Then we focus on the time of day: light and shadows; location and props. You know it’s a science, dissecting communications. Some of it is in your face but most of it is behind the scenes with innuendos and subliminal suggestions.

“A lot of thought goes into a 30-second commercial but the real game-changer is, of course, movies – such as the movie ‘Traitor’ — where the manipulation of the audience is subtle and, consequently, more refined because there’s no real-time restraints involved. After all, if you can’t make one point in 90 minutes you’re in the wrong medium.”

“Great discourse, Professor, but say it all again in words that even I can understand.”

“And once you accept that you’re being played, then you can figure the message out and not be manipulated like some puppet, as they want you, as they expect you to act, and think, and vote.”

“And who owns Hollywood?”

“Why, the enemy! They ought to make a movie how gullible Americans are. We’re even more stupid than Sweden and England and Germany COMBINED!”

“Because last week I watched your show from Madam Shylock’s Fortune-Telling Emporium and she said that Americans know what’s been happening in Europe and we’re still importing Muslims, so Hollywood is as successful as they thought they’d be. You see, the formula was perfected in the 1930’s when the Nazis took over Germany*. It’s what got the head Muslim, Obama, in the White House. It’s the reason why we have the problems we have.”

“And Germany was left in ruins.”

“It’s so sad because it’s so unnecessary. People can live together; at least they used to. Now I’m not so sure: it’s past the imagining stage if hundreds of millions of people want to kill you, your family, your country, and everything you believe in. They keep on saying, they keep on telling us they will conquer us and make us slaves; either we convert or they’ll kill us.

“Well, I got news for them. We’ve heard it all before; it’s nothing new. I’m part American Indian, and in our history men came from across the water and said unto us, ‘Convert,’ so we converted and then they killed us. But this time it’s different. This time there’s no second chance. This time it will either end for all time or we’ll be rid of the scourge forever. This is what we pray for: the truth to finally be told: MISUNDERSTOOD AND PEACEFUL just doesn’t cut it anymore. After 1,400 years we’re finally sick and tired of the lies.

“The other day a 15-year-old kid was caught listening to Western music in Iran and they beheaded him. Sharia Law is ‘honor-killing’ and rivers of blood, until eternity, and the only way out is death. There’s no leaving Islam for the ‘Road of the Baptist’ or becoming a Buddhist: there’s only one way out. I’m telling you: it’s all a colossal waste. Believe it.”

“That’ll work; and so, on behalf of the crew, I’ll be wishing you all a safe and a goodnight: Goodnight.

“Good show but a little depressing, yes? I guess the thing to remember is to pay attention, because if you think they’re lying to you, they are. Let’s grab a burger: my treat.”

[*Jewish tombstones are being desecrated today; tomorrow it’ll be Protestant tombstones that will be the target of the vandals.]