AND “FAKE JOBS” FOR INMATES AT TAXPAYERS’ EXPENSE 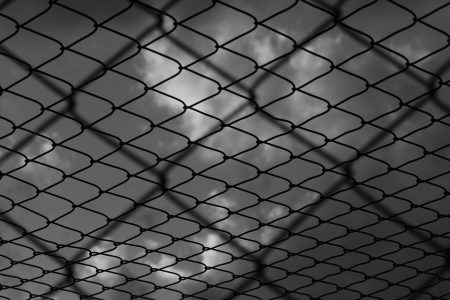 (Feb. 21, 2017) — An inmate at the Trousdale Turner Correctional Complex (TTCC) in Hartsville, TN who has provided a recent number of reports alleging a prisoners-for-profit scheme, violated administrative policies and gang violence at the privately-run prison alleged in a February 4, 2017 report to Gov. Bill Haslam that employees contracted to work at the facility “are being forced to work 16 hours or longer and then returned to their post the following day.”

“Core Civic CEO Damon Hininger, Warden Blair Leibach and TDOC Liaison Chris Brun is jeopardizing the safety and security of TTCC, its employees and the inmate/convicts house here at TTCC in a negligent manner in order to enhance Core Civic shareholders profits,” [sic] he began his letter to Haslam.

The inmate claimed that last month, four G4S officers were “forced to work 24 hours straight” until shift relief was available.  He further reported that an Officer Coleman, who is reportedly diabetic, “worked 18 hours straight” at the behest of the warden and, without a break for meals, “went into diabetic shock.”

Opened just 14 months ago in January of last year by its owner, CoreCivic, TTCC has been plagued with problems which reached the Associated Press and The New York Times last spring as well as Channel 4 in Nashville. Cited then were inadequate head-counting procedures, what appeared to be excessive use of force against a compliant inmate captured on video, inadequate staffing, and hours-long waiting times for those visiting on designated visitation days.

Although expected to significantly add to the local economy, the prison reportedly has had to resort to hiring security guards from G4S, a worldwide security company, to act as correction officers for 90-day periods of time.

The Post & Email has attempted to reach Leibach, but there appears to be no avenue by which he takes phone calls from the media or anyone outside the facility.  We have been referred to CoreCivic’s spokesman, Jonathan Burns, who also has declined to speak with us or answer any questions.

Inmates and their relatives have reported cold food, lack of or delayed medical care, verbal abuse on the part of correction officers, unexplained deaths and hospitalizations, beatings, gang violence, drug use, and inmates living in constant fear for their lives.

The Tennessee Department of Correction (TDOC), which provides oversight of the state’s privately-owned prison facilities, insists that dozens of first-hand accounts from inmates of the alleged events are “inaccurate.”

Published in an article earlier on Tuesday, The Post & Email wrote a letter dated February 5 to the White House, enclosing three inmate letters describing horrific conditions within Tennessee prisons to which the TDOC and Haslam have been unresponsive.

The inmate further alleges, as he has previously, that “fake jobs” have been created for inmates in what could be an attempt on management’s part to show compliance with a state law mandating that all inmates who are physically capable should attend work or school each day.  “I’ve been assigned to B Unit as the B Unit Housing Clerk.  There is no such job. Granted, every one of us who is assigned to a fake job is being paid for a job we don’t go to or perform any work for is nice. But it is fraud and a disservice to the tax payers,” [sic] he wrote.