(Feb. 15, 2017) — Nine appointees in the Obama administration from one or more intelligence agencies, possibly NSA, CIA, or DNI, were involved in leaking sensitive information to the press that resulted in General Mike Flynn’s resignation as the National Security Advisor.  The 9 individuals were political activists opposed to President Trump; they released transcripts of recorded phone conversations to the press of General Flynn’s conversations with the Russian Ambassador to the US (by law, the name of any US Citizen in such a classified transcript must be redacted, hiding their identity from the press).

General Flynn did not violate any laws in his conversations with the Russian Ambassador, and there was no collusion during the election.  Unfortunately, General Flynn failed to provide President Trump with complete information about the conversations he had with the Russian Ambassador and misled Vice President Pence, resulting in the need for his departure. 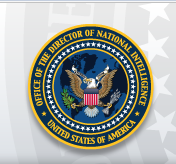 Because of the degree of sensitivity of the information, only senior personnel in the intelligence agencies such as John Brennan and James Clapper would have received the subject information.  The goal of the 9 leakers was to take down the National Security Advisor; they imperiled National Security.  The intelligence agencies felt threatened by General Flynn’s criticism of how they operate, they opposed his plan to reveal the anti-US provisions of Obama’s flawed Iranian Nuclear Weapons Agreement, and they targeted him long before President Trump was elected.

The FBI will end up investigating who released the classified transcripts to the press; those individuals should be charged with perpetrating a federal crime. The leaks over time created a nonstop press frenzy and contributed in large measure toward the resignation of General Flynn.  The interference in domestic politics by intelligence agencies is a major threat to the democracy of the Republic and a federal crime.

Their success in removing General Flynn as the National Security Advisor will not be the end of attacks on President Trump’s staff; there have been reports by Democrat Congressmen that the next target will be Kellyanne Conway, and they will probably go after Steve Bannon—the ultimate target will be President Trump.

There has been a very dangerous conspiracy underway in the Republic since the election of Donald Trump which has gained steam in the 3½ weeks since President Trump was inaugurated.  The conspiracy is being promoted by Obama’s new organization for progressives, “Organizing for Action;” there are 14 National Field Directors organizing volunteers in 50 states.

The Chicago-based “Organizing for Action” (OFA) is being funded by George Soros and is supported by Bill Ayers.  You can learn a great deal about OFA by going to its website and by searching other links on the Internet that discuss OFA’s goals.   Obama is the first occupant of the Oval Office to ever mobilize millions of Americans to demonstrate in the streets against his successor on his successor’s inauguration day.  Obama is also the first occupant of the Oval Office to organize street demonstrations across the nation against his successor on every weekend since the new President was inaugurated.

Soros has funded and trained 32,000 radical anarchists to support OFA demonstrations against each new Trump initiative; the goal is to make President Trump’s term in office ungovernable by any and all means. Soros is funding and supporting the radical left to form over 1,000 groups operating in all 50 states who will stop at nothing to take down and/or derail the Trump administration.

Obama’s Organizing for Action, along with the left-of-center liberal media establishment, will be opposing President Trump for the next four years with the support of many radical organizations.   OFA demonstrators will be joined by organizations such as the Muslim Brotherhood, La Raza, Black Lives Matter, the Communist Party USA, the Nation of Islam, George Soros’s “Open Society Foundation,” Al Sharpton’s “National Action Network,” Moveon.org, the Tides Foundation, Amnesty International, American Federation of Teachers, the Weatherman Underground, the New Black Panther Party, CodePink, SEIU, etc., who have been supporting the massive demonstrations across the nation opposing every one of President Trump’s initiative.  The violent opposition, shutting down free speech, is being promoted by Obama, William Ayers, and Soros.

The Trump administration has political opponents on both sides of the aisle who don’t want President Trump to upset the way things have always been done in Washington.  Although the Republicans control both houses of Congress, it appears that the Republican leadership will support Congressional investigations into the Trump administration staff of Kellyanne Conway and General Mike Flynn.

The Democrats never approved an investigation of Obama’s staff when the Obama administration had control of Congress.  Scandals like  “Fast and Furious” that required investigation were opposed, and Democrats opposed the investigation into “The Battle of Benghazi.”  Unlike the Republicans, the Democrats circled their wagons to protect Obama.  It appears that Paul Ryan and Mitch McConnell will not protect President Trump in the same way from unfair congressional investigations being threatened by congressional Democrats.