“ON THE GROUNDS OF IGNORANCE”

(Feb. 5, 2017) — “Good evening, ladies and gentlemen, and welcome to ‘Pulse of the Nation.’ Glad you could join us. I’m Mr. Roving and will be your host for this evening’s program. As you can see, we’re back on our corner under the awning across from the railroad station. We interview people who are going about their daily lives to see what’s on their minds.

“Speaking of which, excuse me, sir, Roving here for ‘Pulse.’ What’s happening?”

“You don’t know? Aren’t you the news guy? I’ll tell you what’s about to happen: these anti-free-speechers are about to get a lesson in manners.”

“That sounds a little bit ominous; what do you mean by it?”

“I mean that when someone attacks common sense, they’re attacking me; when someone wants Muslims in my country they’re, what, turning a blind eye to Orlando; San Bernardino; Fort Hood; Chattanooga; the Boston Marathon bombing and all of the others, including 9-11? They are, aren’t they?”

‘The same with illegal immigrants, am I right? Or has everyone forgotten about Kate Steinle’s murder in San Francisco? ‘Sanctuary city,’ what a joke. It sure wasn’t any sanctuary for legal American citizen Kate, was it, or can’t people put two and two together?”

“Well, if they even knew what you were talking about in the first place, probably not.”

“I proposed a voting test in a ‘Letter to the Editor’ to my local newspaper but it was shut down because the editor said that no one would be able to pass it. And what’s with these cops just standing around, letting people get beaten up and watching cars and buildings burn? Is that the new curriculum? ‘Introduction to Rioting – 101: Students will learn the fine art of acting like 2-year old Schumer; like babies they loot and destroy private property without any repercussions from university officials and law enforcement.’ It’s all unwinding.”

“On the grounds of ignorance. On the grounds of ‘honor killings,’ FGM and the 1,400 history of genocide by Muslims worldwide: Bali; Madrid; London; France and all the murders, tortures and rapes in Sweden and everywhere else. We’re not going to sit around and be an easy target anymore, that’s what. If the government refuses to do its job, then we’ll just have to step into the vacuum. So here’s the message: we’re not going to just stand there and wait to be pepper-sprayed, okay? Fair warning and here’s my train. Bye.” 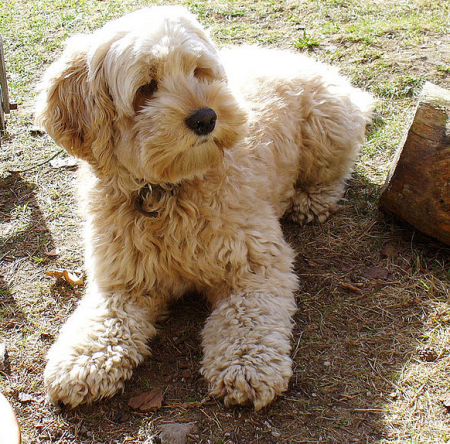 “The dog is around here somewhere, I think; forget the dog. What’s happening in your life?”

“I’m beginning to think that everyone is crazy but me. Since my husband came back from overseas combat, he’s had a hard time getting back into the swing of it. He’s always saying, ‘They’re out there,’ and then he goes and checks the locks and clean his guns.”

“How’d that make you feel?”

“Anything ever happen? He ever shoot anyone?”

“No, nothing has happened as yet, but at least he’s prepared. I’ve never slept so good in my life. But these crazy rioters out there are pushing him to the limit, I tell you. He says these rioters, these ant-Trumpsters, are targeting him personally and that he has the right to protect himself and his family.”

“So what are you saying? The he’s is going ‘hunting?’”

“No, not hunting, but if they try and beat him up or try to pepper-spray him he’ll protect himself, and he’ll win; you can count on it. So a word to the wise: don’t push it. That’s what he says, ‘Don’t push it.’”

“Makes sense to me. And off she goes, across the street to the station. Time for one more? Oh, hello, I remember you. How you doing?”

“Hi, yourself. What’s the question for the day? Had anyone from Iowa lately?”

“We can thank our lucky stars on that note: no Iowans. What do you think about Trump’s ban on Muslims?”

“Wish it were so, don’t you? He just put a temporary travel ban from 7 ‘terrorist–prone’ countries, isn’t that right?”

“We’re waiting for the travel ban on ALL Muslims and the deportation order to boot.”

“You and all rationally-thinking people who actually give a hoot about the Constitution: half the country, around 150 million.”

“And their kid’s necks.”

“Well, to make a long story short, the future of America, isn’t that so?”

“Right on. And with that, on behalf of the crew, since we ran out of time, I’ll be wishing you all a goodnight: Goodnight.

“Good show. I thought that dog was around here someplace. Yes, the talking dog. Burger time: my treat.”