I’ll leave your White House tainted with a shame I shall deny.

Around the world I apologized, for what I know not why

Perhaps the “chip” on shoulder mine, blinded duties and where they lie.

My name is Barry or Barack, please pick or choose at will

For it matters very little, since the Truth I’ll never spill.

My Social was a number, of one that’s now deceased

My copied Birth Certificate comes from a printer we had leased.

My origin of Birth may be from sea to shining sea

Or maybe some village small, called “Kenya,” in Hawaii.

As I said to all, so many times, someone else built that, not I.

Should my transparency be not clear to you, it means I’m simply plastic

With vision clear, see through those lies, though I’d admit some were fantastic.

I spoke to you of Hope and Change, but never you’d suspect

That your Constitution was my vengeful wrath, as its meaning I’d dissect.

Understand my needs required, no longer as depicted

A united people in a “United States,” the Constitution is “evicted.”

I promised all no need to work, your choice is no more free

For “socialism” is the word, someone else will “pay your fee.”

I can buy you with my “Things-for-Free;” Americans are weak that way

Promise them some “bagged illusions” as long as they don’t pay.

From Fast & Furious and Wide-Receiver, to Benghazi and IRS

Scandals STILL with Hidden Truths, who else could give you less??

If not I grab my fancy pen and Executive Orders I write all day.

I deny the Evil of our enemies’ ways, grant them protection to this land

With disregard to America’s people, while I think “I am so grand!!” 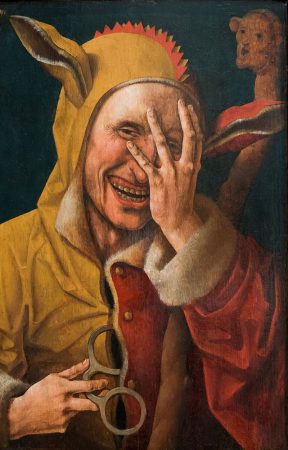 Some may call me president, but “King Jester” seems my style

For I sell you illusions and empty dreams, and say it with a smile.

I thank your media for their “love of me,” for they conceal my evil ways

Their hard drives soon to be erased, no one must know what they won’t say.

My friends say, “What difference does it make?” as long as it’s not “US” who has to die.

I’m working on my legacy, so serving America’s on “standby”

I represented three branches of government as Me, Myself, and I.

My legacy is wide and sure, for I make it sound so real

I can’t remember what I did but will read it all in my VERY rich book deal!!

Will I see you at my library, where you can admire, touch, and look

But stay away from my “Shelves of  Deeds,”  for they will be filled with all “FAUX “ books.

Farewell for now, America, for there’s more we need to do

Should Hillary take my place, complete my task, then America’s end is true.

Some resisted my “internal coup,” a Silent Majority wants to be heard.

Then fear consumes my heart, my feet

The Ballad of Barry, aka Barack added on Wednesday, January 4, 2017

One Response to "The Ballad of Barry, aka Barack"