How Do You Deal With Stupid? (RR) 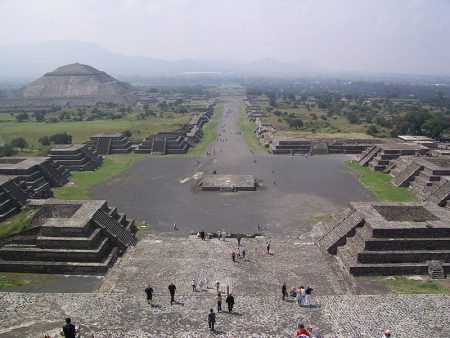 (Dec. 28, 2016) — “Good evening, ladies and gentlemen, I’m your Roving Reporter and will be your host for tonight’s episode of ‘Pulse of the Nation.’ We’re back at the university, back in Professor Zorkophsky’s office to ask him about his new scientific breakthrough on his discovery of the ‘Stupid Gene’ in the DNA sequence.

“Professor, welcome to the show. I noticed that you didn’t state your discovery was specifically geared to human genes. Was that an oversight, or what goes on here?”

“No oversight, and thank you for having me on your show to hawk my new book, ‘The Excuse for Stupid.’ I must say it’s flying off the shelves and we’re already on our second printing. I first got the idea that we’re not the only ones that’s stupid by noticing beached whales and dolphins. I mean, come on; give me a break.”

“And there’s more. Take, for instance, the stupid excuses the Democrats have come up with why Hillary lost the election, I mean really, now. The difference between open borders and, well, borders is night and day, wouldn’t you say? And did you know there’s certain physical locations that goad the ‘stupid’ gene to flourish?”

“I first became aware of the possibility when I climbed to the top of the pyramids of the moon and the sun at Teotihuacan, Mexico. When I got to the summits I looked all around to see what was so special, geographically speaking, about the place and there were no clues, none whatsoever. It’s just a regular plot of land, that’s all.

“And I did the same at Stonehenge: studied the geographical location to see what was so special about it. Again, nothing stood out: no mountaintop; no spectacular vistas, so I concluded it must have something to do with magnetism.

“Now follow me with this thought: magnetism equals electricity equals synapses firing equals thoughts being thought, and it’s all been mapped out by our DNA. What I mean is it’s a forgone conclusion.”

“Yes, I see what you mean. I’ve an ex-wife who is, well, let me just say that her marriage vows were no hindrance to her lifestyle and that’s where I met her.”

“Let me see if I’ve got this right: it’s your hypothesis that certain parts of the earth have a direct affect on how we think due to the earth’s magnetic field messing around with our DNA?”

“It’s under Chapter 7: Why Everyone in Florida has a Real Estate License.”

“If I didn’t know you I’d think you’re pulling my leg.”

“Washington, DC, another gravitational wasteland, perhaps the quintessential one.”

“Now what do you mean by that?”

“Well, every galaxy has a black hole at its center, right? I say every country has a capital.”

“And you put that in a book and people buy it? It seems as if you’re selling horse hockey.”

“Well, you got me there. What about Obama’s fake BIRTH CERTIFICATE?”

“Denial is not a defense. Ask me how many members of Congress supported LTC Terry Lakin?”

“None. Allen West couldn’t be bothered because he was thinking about running for reelection.”

“Maybe. It’s passed from generation, this we know. Mother and daughter crying after Trump’s win, for example. Hey, buy the book.”

“There’s an idea. And with that, since our time is up, on behalf of the crew I’ll be wishing you all a goodnight: Goodnight.”