STEIN:  “THEY WENT THE OPPOSITE WAY OF WHAT WAS EXPECTED” 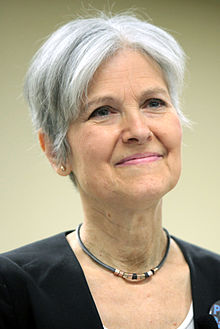 At 3:30 PM on Monday, philly.com reported that lawyers for Stein filed a lawsuit in Commonwealth Court in Harrisburg contesting the election after failing to meet the deadline to request a recount in Pennsylvania.  The lawsuit was posted by the court and can be read here.

As Jander explained on Monday to The Post & Email, a “recount” and a “contest” are two completely different matters, according to Pennsylvania election statute.  Philly.com additionally reported, quoting Wanda Murren of the Secretary of State’s Office, that “the deadline under the law for a voter-initiated recount at the county level had been Monday, Nov. 21. Many counties missed it but nearly half have already certified their results, precluding recounts there. That makes a lawsuit the only remaining option for initiating a statewide recount.”

At approximately the same time that Stein’s lawsuit was filed on Monday afternoon, Jander spoke with Dauphin County Court of Common Pleas second deputy supervisor prothonotory Kim Webb,  who told him that any “contest” of the election would have to be filed in the Dauphin County Court of Common Pleas.  As of that time, she said, no such “contest” had been filed there.

The Post & Email called one hour later, at 4:25 p.m., and was told by clerk Jessica that no recount petitions had been filed and that the court would close for business at 4:30.

After learning of the filing of Stein’s lawsuit in the Commonwealth Court, which is an appellate court, Jander spent the night studying the election code once again, ultimately finding that the section (1731) mandating a “contest” filing only in the Dauphin County Court of Common Pleas had been changed in 1978.

The Post & Email therefore corrects its Monday report to reflect that the venue of Stein’s lawsuit is proper.  However, questions remain about its viability.

Stein states that she is “demanding” recounts in Wisconsin, Pennsylvania and Michigan because “there is a significant need to verify machine-counted vote totals.”  She has thus far raised just under $6.5 million toward that effort.  Stein claims that the returns in those three states showed “razor-thin margins” which justify a recount.

In Pennsylvania, Donald Trump won over his next-closest competitor, Democrat Hillary Clinton, by approximately 70,000 votes; in Michigan, his lead was 10,704 votes.

On the Alan Colmes Show on Monday, Stein said that “This is not about [Trump] and this is not about Hillary. The three states that we chose including Michigan that only just now declared its winner. This was not a partisan choice, this was zooming in on the states that have the markings of being most vulnerable to hacking because they had thin margins. They went the opposite way of what was expected and they had some kind of voting system vulnerability.”

The polls leading up to the November 8 election proved erroneous, as Republican Donald Trump was declared the winner of the presidential race at approximately 2:40 a.m. on Wednesday, November 9, after mainstream media polling had predominantly predicted that Clinton would win handily.

Neither Stein nor her attorneys cite specific evidence supporting the Pennsylvania lawsuit or Wisconsin recount.  It is unclear as to whether or not Michigan will approve a recount there, and it certified its results on Monday.

Jander pointed out on Tuesday that Stein’s Pennsylvania lawsuit is not supported by sworn affidavits from five voters which would be needed to proceed with the “contest,” according to the law.

In Wisconsin, Stein is alleging the possibility of “a breach of the state’s electronic voter database” based on an increase in the number of absentee ballots expected.  Her Wisconsin and Pennsylvania filings contain an affidavit and lengthy resume from a computer science professor, J. Alex Halderman, who was reportedly in discussions with the Clinton campaign after the election to discuss theories as to how the returns could have been skewed.

Attached to the lawsuit are several articles highlighting the possibility of hacking in both U.S. voting systems and those abroad.

According to CBS News, Stein told her supporters in Pennsylvania that the deadline for their filing of affidavits “could be Monday or it could be Tuesday,” “and in some districts, ‘the deadline has already passed.’”  However, Pennsylvania election law does not have movable or fluid deadlines county by county.