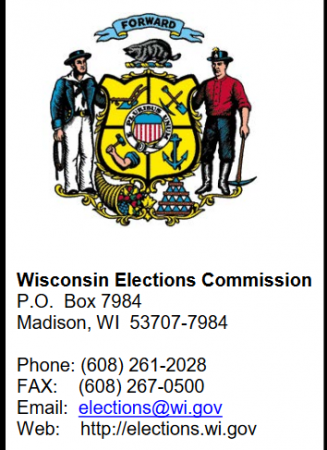 Based on widespread reportage, Stein appears to be leading the effort, raising nearly $6 million over several days, although her initial goal was $2.5 million.

According to federal election law, any state recounts to take place must be completed within 35 days of the election, which this year is December 13.

As of Friday, the Clinton campaign had not commented on Stein’s announced intentions.  However, on Saturday morning, Clinton campaign attorney Marc Elias published an editorial on the left-leaning Medium.com stating, in support of Stein, that “we believe we have an obligation to the more than 64 million Americans who cast ballots for Hillary Clinton to participate in ongoing proceedings to ensure that an accurate vote count will be reported.”

When Democratic campaigns across the country have major problems, their go-to fixer is super-lawyer Marc Elias.

Elias chairs the political law practice for Washington, D.C., law firm Perkins Coie, and he has been involved in nearly every legal question the Democrats have had this cycle.

In April 2011, Perkins Coie was involved in dispatching Atty. Judith Corley to retrieve two certified copies of Obama’s long-form birth certificate from the Hawaii Department of Health when a request on a standard form available on the department’s website along with the required nominal fee presumably could have achieved the same result.

The image has been a reported to be a “computer-generated forgery” by a law enforcement investigation conducted by the Maricopa County, AZ Cold Case Posse under the direction of Sheriff Joseph Arpaio.

According to the Wisconsin Election Commission, Donald Trump garnered 1,404,000 votes, with Clinton, the next-closest competitor, receiving 1,381,823.  Stein, whose campaign headquarters is in Wisconsin, received a reported 31,006.

Prior to the November 8 election, Trump was challenged by many in the media and by Clinton herself as to whether or not he would “accept” the outcome of the election, to which he had responded, “I will look at it at the time,” and later in the affirmative with the qualifier, “if I win.”

Stein admitted on Thursday that she has no tangible evidence of fraud or hacking having taken place in Wisconsin. Her petition filed with the Election Commission references the hacked email accounts of the Democrat National Committee made public by WikiLeaks and a responsive statement by DHS and DNI Director James Clapper’s office that the purpose of the “thefts and disclosures” was to “interfere with the U.S. election process.”

Although the voting equipment Stein cited in her petition as possibly unreliable – direct-recording electronic and optical scanners – are used in states other than Wisconsin, Stein is not requesting recounts in other than Wisconsin and likely Pennsylvania and Michigan, all of which have awarded their electoral votes to Democratic presidential contenders over the last three decades.

Because the difference between the two leading presidential candidates, Clinton and Trump, was reported as greater than 0.25%, Stein is required to pay a filing fee and the total cost of the recount.

Wis. Stat. § 11.1104(9) states the financing of election recounts is not subject to the limits placed on campaigns for political office.

Some have speculated that the considerable funds Stein has raised over the Thanksgiving holiday weekend were provided in large part by George Soros, who operates a number of left-wing organizations and was shown through WikiLeaks releases to have heavily influenced and possibly provided funding for,Hillary Clinton’s 2016 campaign.

On Friday, Matthew Wisner of Fox Business wrote, “Former Green Party presidential candidate Jill Stein has raised nearly $5 million to fund efforts to push for a recount in Michigan, Pennsylvania and Wisconsin.  This has led to speculation over what Stein hopes to gain from a potential recount or if she is being used by billionaire investor George Soros or Bill and Hillary Clinton…”

A manual explaining Wisconsin’s elections laws states that the grounds on which a recount is requested “can consist of the general statement that the petitioner believes that a mistake or fraud was committed in a specified ward or municipality in the counting and return of the votes cast for the office; or more specific grounds, such as a particular defect, irregularity, or illegality in the conduct of the election, may be listed in the petition.”

A recount schedule has been posted by the Wisconsin Elections Commission, a process to begin on Monday at 9:30 AM with a teleconference.

In subparagraph “e” of her petition, Stein states:

In the past, the media has claimed that “voter fraud” by impersonation is not a “widespread” problem in the U.S.

In response to Stein’s filing of a recount petition on Friday, Pres.-elect Donald Trump posted on his transition website:

The people have spoken and the election is over, and as Hillary Clinton herself said on election night, in addition to her conceding by congratulating me, ‘We must accept this result and then look to the future.

It is important to point out that with the help of millions of voters across the country, we won 306 electoral votes on Election Day – the most of any Republican since 1988 – and we carried nine of 13 battleground states, 30 of 50 states, and more than 2,600 counties nationwide – the most since President Ronald Reagan in 1984.

This recount is just a way for Jill Stein, who received less than one percent of the vote overall and wasn’t even on the ballot in many states, to fill her coffers with money, most of which she will never even spend on this ridiculous recount. All three states were won by large numbers of voters, especially Pennsylvania, which was won by more than 70,000 votes.

This is a scam by the Green Party for an election that has already been conceded, and the results of this election should be respected instead of being challenged and abused, which is exactly what Jill Stein is doing.”

While Trump was sharply criticized for hesitating to pledge to accept the election results, Clinton, who conceded to Trump on November 9, has arguably not received the same scrutiny now that she has joined the recount effort.

Before the election, Clinton had tweeted:

“Because we had not uncovered any actionable evidence of hacking or outside attempts to alter the voting technology, we had not planned to exercise this option ourselves, but now that a recount has been initiated in Wisconsin, we intend to participate in order to ensure the process proceeds in a manner that is fair to all sides,” Elias wrote in his post.

The Michigan Republican Party is seeking financial support in anticipation of a potential recount.  Under the hashtag #WisconsinRecount, many have questioned whether or not Stein’s proffered reason for requesting the recount is sufficient.

Wisconsin to Begin Recounting of Votes Next Week; Pennsylvania and Michigan May Follow added on Saturday, November 26, 2016