COULD THE “PROCESS” BE HIJACKED? 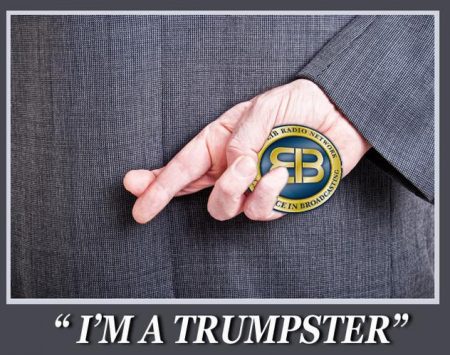 (Nov. 25, 2016) — For the third day in a row, if El Rushbo wasn’t pushing his new book, he was bantering on about how President Elect Trump’s inauguration might be in peril.  There seems to be a hidden agenda in Mr. Limbaugh’s rhetoric that has given this writer some cause for concern.

All who have listened to him during the primary season can remember how Rush seemed to be totally on board with Trump very early on. Then, presumably, and this is just a guess, when his good buddy, The Great One, went all in on the constitutionally ineligible Ted Cruz, that magniloquence of approval, began to diminish.

And while cleverly embossing Trump’s candidacy on the surface, he continues even to this day regurgitating the vomitus swill coming from the media and the Socialist Democratic Party.  It appears as if, just in case everyone in the universe had not heard these things, Mr. Limbaugh, under the guise of being above the fray, found cause to repeat them over and over again.

An ubiquitous feeling pervaded that there was some stealthy, traitorous undermining going on.  Whether he was still operating with some contempt as a result of his pal Levin having hitched his cart to the wrong wagon train or if Rush was secretly in bed with the establishment, we may never know.  But what we do know is that the Bush family people, all of them, are the establishment. The admiration and friendship Rush has for that clan has never been secreted.  Especially for that of George W. Bush.

The details of the various hidden attacks on Trump as he moved through the primaries will not be discussed here.  But, everyone who has listened to him during that time, if given some thought, would most likely concur.  This scenario has subsided as of late but has not been entirely voided from his “stack of stuff.”  I’m old enough to remember how much Rush disliked Ronald Reagan.  Yes, that’s correct, the guy who now has nothing but deific adulation for Mr. Reagan was staunchly anti-Reagan.  Reagan was anti-establishment.  Trump is anti-establishment.   Is the fog of this landscape beginning to clear just a bit?

Returning now to the three-day rant on how the inauguration of Mr. Trump is in jeopardy as a result of the manipulation and intimidation of the Electors of the Electoral College, while this is not as bad as Rush’s past chipping away at Trump’s campaign, it certainly has given some agita to millions of Trump’s supporters.  It is doubtful that Rush does not understand the process or that he does not know full well there is zero chance of the Presidency being stolen via the Electoral Process.   It is more likely that the birth certificate Obama presented to the American people is not forged than it would be for a Trump Elector to cast a vote for Crooked Hillary.

Many of our readers know much of what will be spelled out here, but for the few who do not, including and apparently El Rushbo, here are some facts.  These will very clearly show the lunacy of putting this junk out, hour after hour, on what is purportedly the most listened-to radio show in America.

First off, the Electoral College is not a place.  It is a process.  The process was laid out by the Founders in order to prevent unadulterated Democracy from electing an adulterated President.  They believed, and rightly so, that pure democracy breeds pure evil.  That is why they designed a Democratic Republic.  Not a Democracy.

They also understood that if not for the Electoral College process, one, two or maybe three large-population states would have the ability to control and suppress the many smaller states.  No small or mid-sized state would ever see a presidential candidate, let alone have their concerns heard or considered.

For instance, New Jersey, which lost one Congressional seat this past redistricting, now has 12 Districts and two US Senators.  New Jersey therefore has 14 Electoral College votes.  Every state is awarded Electors in that fashion.  Washington, DC was awarded Electors via the 23rd Amendment.

After listening to the endless rantings of the pundits, we all know that the number of votes by the Electors required to become President are 270.  We also heard that Trump had no way of ever getting enough because there were so many required paths he had to successfully traverse.  But that, as they say, is another story.

The twaddle out there, being pushed by Rush and the mainstream media, is that there is no requirement in all but 12 states that an Elector vote the way of the popular vote totaled in his state.  They also have been reporting that no person has ever been convicted for voting for the candidate they were legally charged to support.  These things are true but are of zero consequence.  Here is why.

Each presidential candidate has his or her own Electors.  These Electors are chosen for several reasons.  They are party loyalists. They are activists. They support the candidate of their party.  By popular vote the Electors are voted into the process by virtue of votes cast for their candidate.  Except for Nebraska and Maine, if a Presidential candidate gets a plurality of votes, all of his electors are elected to the Electoral College procedure.  So that means in New Jersey, the 14 people selected to be Electors for the Democratic Party and Hillary Clinton will be given the right to cast votes in the inauguration process.   The people chosen by the Republican Party and all other candidates have no other duties and return home.  They will have no say or vote in the process.  It is thus throughout the 50 states and Washington, DC.

So what, then, prevents a Trump Elector from voting for Hillary?  Actually almost all the states’ two main parties can stop that from happening and they would.  Since the Electors are not part of most states’ legislative action, but are in place only because the political party wants them there, the party can, by way of their rules, remove a rogue Elector and replace him or her as they please.

Understanding that one or even a few Electors may have deceived their local and state party officials and were secretly supporters of the other party, a very unlikely scenario, since Electors are long-time party activists, they would be removed and their vote voided as soon as it was discovered.

While the selection process for the Electors varies a little from state to state, the campaigns of the presidential primary winners (Trump for the Republicans and Hillary for the Socialists) are very much involved in their choosing.  It is not likely that a Hillary supporter will ever go scalawag and vote for Trump, even if her party would allow it.   Likewise, an Elector chosen by the Trump campaign is not, even if he is permitted to do so by lack of legislative law or if he decided he wanted to, going to be permitted to cast an Electoral College vote for Hillary.

Hope this clears up a few things for El Rushbo so he can get back to selling a few more books.

EDITOR’S NOTE:
As far as those idiots who are threatening Electors with death or bodily harm, they are breaking several laws, both Federal and state.  It is a felony to threaten people and it is a felony to interfere with the election process.  It’s time these people were identified, arrested and indicted.